With 90-95% inventories of franchises sold out, experts believe that it bodes well for the 14th season of IPL in terms of sponsorship revenue

The 13th edition of the Indian Premier League (IPL) had set high standards for the tournament, not only helping the official broadcaster increase the rates but also aiding IPL franchises in getting more sponsorship revenue from the upcoming season. Buoyed by its success, IPL 14 is expected to perform much better, say industry watchers and experts.

According to highly placed sources within the IPL franchises and media planners, almost all the teams have already sold 90-95% of their inventory and have already signed most of the deals for the 14th edition of IPL.

“The teams are in a much better position than they were in the last season, and it's clearly because IPL 13 did extremely well in October- November. It is likely to do equally well or better than what it did last time,” shared Jigar Rambhia, National Director - Sports, Wavemaker India.

He added, “We are exactly a month away from IPL. All eight teams have sold around 95-96% of inventory already. There is enough and more demand in the market. Rather, the demand is high and supply is less this year. Now brands have started seeing a clear value associated with the team.”

However, it's difficult to predict the expected total sponsorship revenue right now as most of the deals are yet to be finalised. But team owners and experts are confident that it is going to be more than that of IPL 2020.

“The numbers of last season were phenomenally in-line. They were able to almost offset the ticketing revenue loss. Similarly, this year as well, ticketing revenue is doubtful but the total revenue is expected to be much better than last year's. They will probably go beyond pre-COVID levels, despite ticketing revenue not being there,” said Karan Taurani, VP, Elara Capital. He also mentioned that so far, the scenario looks positive and the losses this year will be minimal, which will occur due to the lack of audience at the stadium.

While gate revenue is one of the total revenue components of the franchises', it is not as big as the revenue they get from the sponsorships and other revenue models, said a senior media planner on the condition of anonymity. He added, “However, any loss of revenue hits, but compared from the revenue that comes from BCCI quota is way high.”

Unlike last year where teams were negotiating with brands prior to the tournament, they are doing deals without any discounting this time one month prior to IPL.

For instance, Kings XI Punjab has signed nine sponsors for the jersey, and for the digital, they are still in conversation.  A source close to the development said, "The inventory is almost full right now. Year on year, IPL is only getting better and there is no lack of interest. The rates for the jerseys have increased 25-30% this IPL.”

As reported earlier by e4m, the rate card for IPL 13 is ranged between Rs 1 crore for the back of the helmet and Rs 7 crore for the front of the jersey.

Similarly, Delhi Capital announced the extension of their association with JSW Group as the title sponsor for the next three years. They have also brought GMR as a new sponsor while extending association with APL Apollo and Jio for this edition.

“The team is looking at an increase of 30-35% or more considering they are still in conversation with many brands. More digital sponsorships deals are also expected,” said a senior team member. He also mentioned that youth-centric brands are reaching out this season considering Delhi Capitals has a lot of young players. So youth and tech-oriented brands are being targeted.

Chennai Super Kings recently announced their partnership with Mynta as the principal partner.  As part of this association, Myntra’s logo will feature on the front centre of the CSK team’s jersey. CSK also roped in new brands like SNJ 10000 and Equitas as principal partners.

India Cements, Gulf, British Empire, Nippon Paint, and Jio are the other principal partners which were also associated with the team in IPL 2020. BKT, Dream11, and Clear Anti-Dandruff are the official partners. Also, Fever FM and Hello FM has been roped in as radio partners.

Royal Challengers Bangalore continued with Muthoot Fincorp as its title sponsor. The team roped in a new principal partner DP World along with existing partners like Myntra, Jio, Exide, and Nuvoco.

The 14th edition of IPL will begin on April 9, 2021, in Chennai with the first match between Mumbai Indians and Royal Challengers Bangalore. The final match will be played on May 30, 2021.

Netflix has 90 more originals for India in the pipeline: Reed Hastings
14 hours ago

Will brands make good on their gender inclusivity promise?
19 hours ago 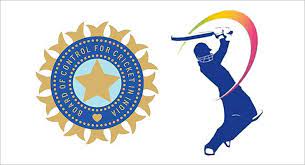