While India Inc. in general seems to be happy about the promises made in Budget 2015, the outdoor advertising sector is looking at it pragmatically. Agencies expressed

While India Inc. in general seems to be happy about the promises made in Budget 2015, the outdoor advertising sector is feeling more pragmatic. Outdoor agencies we spoke with said there is nothing specific that would make the advertising sector, including outdoor, excited. In terms of the increase of service tax to 14 per cent, some expressed disappointed while others felt that it was to be expected with a move to GST regime and clients would have to live with it.

While accepting that the budget has set the path for industrial and economic development of the country, they also pointed out that these are all long term plans and there is nothing in the budget that directly impacts the advertising sector.

Expressing unhappiness about the service tax, Nabendu Bhattacharyya, CEO and MD of Milestone Brandcom called the increase of 12.36 per cent to 14 per cent “unexpected” and termed the Union Budget a “set back”. “The 12.36 per cent tax was itself high. No marketer is going to increase spend just because service tax has increased, so for the advertising industry this increase is going to have a big impact. This same service tax is going to affect aam aadmi too as everywhere 2 per cent additional expenses will be levied in any and every service industry,” he said.

He also pointed out something that a few others in the industry have mentioned for some time now; namely, that though there is a lot of positivity in the market, spends really haven’t been proportional to this feeling of bonhomie. “We are just hearing that large growth is expected not seen practically in bottom line. We haven’t seen much increase in spends by marketers in last one year,” he added. However, he did agree that the fact that GST would be implemented by 2016 is good news.

Atul Shrivastava, COO of Laqshya Media, called the increase in Service Tax as the “worst news” to hit the OOH industry. He opined that this would call the sentiment to remain negative for quite some time, which would adversely affect the retail and automobile sectors especially.

“The economy might benefit in the long run but that is ONLY in the long run. Positivity takes time to build up, but a hit is instantaneous. I will call it a budget with long term vision but negative to growth in short term. We have seen many positive projections out of every hard decision during the previous budgets, but in reality how many of these benefits actually come through?” questioned Shrivastava.

Noomi Mehta, MD and CEO of Selvel, also called it a zero impact and advertising neutral budget. When asked about his thoughts on the hike in service tax, he commented that it was something the client would have to bear with. “There are indications that service tax might go up to 16 per cent when GST comes in, so there is nothing to do but to live with it,” he said. Terming the budget “very long-term”, Mehta opined that the most important thing is to get industries to start producing and having faith in themselves, which is the only way advertising spends would increase.

On the positive side, some agency heads felt that though there might be nothing for the industry in the short-term, in the long-term, development of economy and industry would have a positive impact on the advertising sector.

Rajan Mehta, Founder and CEO of LiveMedia agreed that the budget was far from transformative, which would set a new direction for the country. “But it should certainly lead to incremental growth,” he suggested. “It is a good balanced budget which addresses most aspects of development and welfare for various constituencies in the country like infrastructure, manufacturing and investment into new start-ups while at the same time ensuring that there is a social security net created for the weaker sections,” he added.

Rajneesh Bahl, CEO of Percept OOH, also called it a very practical budget, focused on improving the ecosystem first, though he agreed that it was not without flaws. “I am impressed by the initiatives on skill development, creation of employment and the opportunities to young entrepreneurs under the “Make in India” banner,” he said.

Bahl, meanwhile, singled out the gold monetization scheme and abolition of wealth tax for praise. “Gold will become a productive asset. This will liquidate gold and more flow of money in the market, thus leading to higher purchasing power for the consumer, higher sales will lead to higher advertising spends,” he explained. He also praised the formation of a single window to take care of 14 regulatory permits to do business and subsidy on LED, something he said will increase its use in outdoor media.

ALTBalaji cash burn has come down to Rs 8-10 core a month: Management
1 hour ago 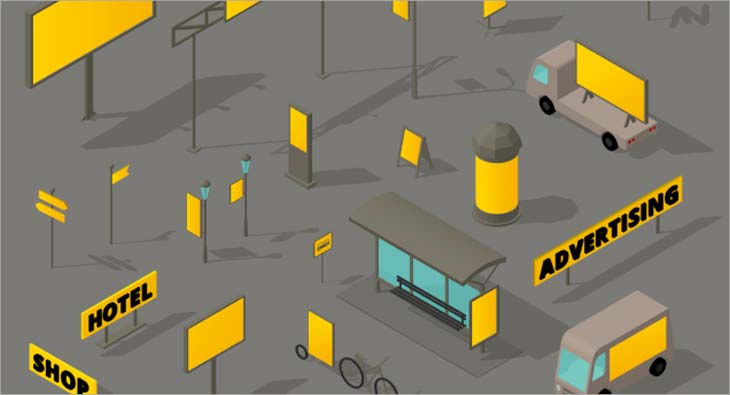 out-of-home How can OOH charter an effective omnichannel gameplan?
1 hour ago