With factors such as increasing users, cost effectiveness and trust factor through voice services, mobile has emerged as a strong medium for political marketers

Changing face of political marketing is a testimony to the technological and fundamental advancement witnessed in the Indian marketing scenario. The paradigm shift in consumer approach and behaviourism has not only compelled political parties, which are now no less than brands, to change communication tactics but also to reach out to the consumers through multi-screen integrated programmes.

Initial traces of political personalities venturing the magic device (read mobile) to reach out to the mango man were seen in 2009 when Barack Obama took resort to mobile election marketing. Various targeted methods including the tried and tested text messages were used, delivering more than 2.9 million texts. India witnessed similar success for the first time in Anna Hazare’s anti-corruption campaign.

Sharad Kapoor, National Sales Head, Vdopia explained that the sheer increase in the number of people using mobile has been one of the most compelling elements for political ambassadors to reach out to the medium. “The number of mobile users has quadrupled from 2009. No other medium offers such high reach and numbers.”

Tring tring, Hello – Hi, this is your Prime Minister!
Digital and mobile got added to the traditional media mix of political brands a few years ago. Apart from the basic technological advancement angle, there were a lot other factors that acted as catalysts in the political marketing revolution.

Mobile offers strong elements such as cost effectiveness and targeted marketing. Political marketing requires segregated voter base on the basis of factors such as education or socio economic backgrounds; hence, mobile proves to be the apt device.  “The cost of entry is low and one can target by location, device type, mobile bill per month, etc. Thus, helping Politicians to reach to the right vote bank with a corresponding message,” stated Madan Sanglikar, Co-Founder and MD, AD2C.

Reasserting citizens’ faith in democracy is one of the most important purposes of political marketing. Mobile being able to give citizens and political figures a voice, promotes the trust element between both the parties significantly.

“Imagine a person getting an OBD call from a political party asking him of what changes he wants to see in his locality, press one to speak your opinion. The party then aggregates all these responses, knows what the people what to address in their locality and then plans a rally with these data points in mind. Also, this medium will give them a voice,” said Vishwajeet Sukhija, Director – Innovations and Marketing, Mobilox Innovations.

Leading political figures such as Narendra Modi, Vasundhara Raje and Bal Thackeray have mobile applications to reach out to their voters. These applications give options to listen to their speeches, recent news and movements; thus, giving voters an opportunity to interact with their leaders at the press of a button.

Political marketing on mobile: What next?

Political advertising on mobile until now in India was around missed calls, messages and OBD calls. The next move will be advanced options such as applications. With the increasing technological perks offered by mobile, political marketing on the medium will definitely grow. However, how should our leaders design their mobile play to make the best out of the available elements is the question.

“For a serious politician/ party it (mobile) can be a good one-to-one communication platform. Political parties can combine social media and mobile technologies to seamlessly communicate with the constituency, take feedback, inform on the new projects,” added Sanglikar.

In their upcoming election campaign, BJP reserved a major chunk for digital and mobile. With Narendra Modi becoming a very strong brand across digital, the party can conquer a lot when it combines the strength with mobile marketing.

To leverage the medium, political marketers require an extremely robust mobile play. Sukhija explained that on the basis of the mobile handset differentiation (which in India is only smartphones, feature phones and basic phones) consumer behaviour can be studied. “Also, regional content will play a significant role in a mobile strategy for any political party in India. The key will be creating a bilateral communication strategy on mobile, keeping in mind the handset, consumer behaviour and regional content. Plain one-way communication will not work.”

A major chunk of voters still come from the tier II and III areas, which consist of audience who are not too tech-savvy. Hence, while political marketers create best of campaigns through mobile features, they still have to base a major segment of their mobile campaigns on traditional methods such as SMS and missed calls.

Going forward, political advertising across mobile, needs to be an amalgamation of traditional and more contemporary options, which differs from region to region along with the nature of the target group.

Ready to launch? This is how you can add velocity to your campaigns
21 hours ago 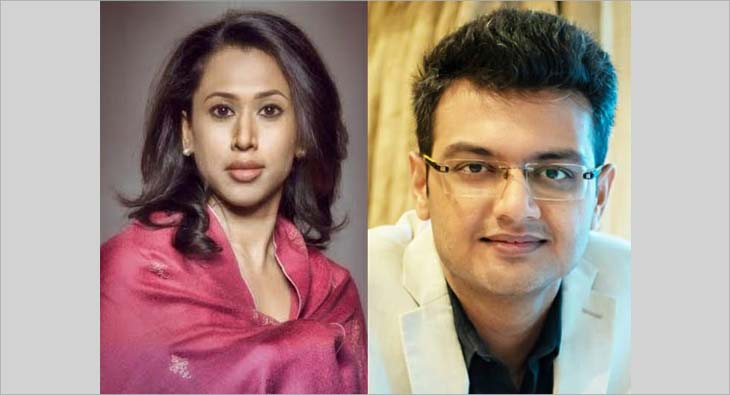 digital Netflix takes next big leap in India, unveils 41 titles for 2021
21 hours ago