Experts note that the recovery in the digital ecosystem has been V-shaped, setting the stage for big gains in the next financial year

After two challenging quarters, the digital media ecosystem has finally seen a sharp rebound in growth in the on-going festive quarter beginning in October. Most experts note that the recovery has been V-shaped and has set the stage for digital to post big gains in the next financial year.

While Google and Facebook are the obvious gainers in digital ad spends growth, over-the-top (OTT) platforms like ZEE5, SonyLIV, and MX Player have also seen improvement in ad monetisation.

According to TAM AdEx, ad insertions on digital media dropped by 15% during October-November 2020 over October-November 2019. A total of 480+ categories advertised on digital during the period under review. Ecom-Online Shopping, Ecom-Media/Entertainment/Social Media, Ecom-Gaming, Corporate-IT, and Ecom-Education were the top 5 categories.

Mirum India Joint CEO Hareesh Tibrewala said that the pandemic had hit all mediums equally in the initial months of the lockdown. However, the advertisers had decided to adopt a wait and watch approach since there was very little consumer activity.

“People were saying that TV and other mediums and clients will go to digital. For a quarter or so, we didn't see clients coming to digital either. Basically, if malls and shops are closed nobody will want to advertise. If a customer is not there, then what will you do by spending money? The only ads that you were seeing were Amul ads,” Tibrewala stated.

He further added that the recovery began in September, which is getting stronger with each passing month. “We start seeing spends coming back a couple of months before Diwali. In the advertising side of the business, we started seeing recovery happen around September. Now that seems to be gaining momentum and growing stronger.”

Asked whether confidence is returning to the market, Tibrewala said it differs from category to category and within category, from one player to another.

“Confidence has returned but it is also a measure of category so some categories are investing more than others. Any category that talks to rural markets is investing more. Spends have come back from automobiles. Travel is not making any investment. Financial services are a mixed bag,” he elaborated.

“Within a category, it depends player-wise. Companies that have a stronger balance sheet are able to leverage the situation. Players whose balance sheets are weak have been impacted.”

DAN Performance Group CEO Vivek Bhargava said that the recovery has been very well. He also asserted that in the last 3-4 months, the numbers of January-February have been crossed. October 2020 has surpassed the October 2019 numbers.

“Not only has the recovery been V-shaped. We have already reached the numbers of last October. Irrespective of whether it is a critical period for them or not nobody is on the fence. Everyone has realised how important and critical digital is. This is the second time that the tailwind has come to digital,” Bhargava noted.

Bhargava said that the FMCG players have taken to digital advertising in a big way. “Ed-tech, e-commerce...lately a lot of FMCGs were sitting on the fence now they have realised the power of digital. They started spending money on digital.”

iProspect CEO Rubeena Singh said that the second quarter of the year saw minimal spends due to the pandemic, which started improving only from July-August.

“Digital kind of recovered by August, almost back to earlier numbers, and from September we have had growth. Digital grew at a rate upward of 150% Q3 over Q2 2020. Overall, I believe will have a 15-20% increase from last year, which is a strong rebound,” she said.

Singh also pointed out that clients are prioritising digital spends and performance marketing in order to get the maximum bang from their buck. “They are seeking channels are most likely to get their audience attention.”

Talking about the categories that spent big on digital, she said, “With people staying more at home, Media & Entertainment and Telcom are saw a rise. While discretionary spending like foreign travel is still severely restricted, people are compensated by spending on products like consumer durables, home décor, and automobiles.”

“We took a hit by end of March, April and a little bit of May but we started seeing spending start as early as June obviously not full scale. There has been a substantial growth month-on-month and year-on-year,” he said.

He noted that MX Player’s scale and a slate of fresh content worked in its favour. Moreover, MX Player offered a lot of advertising opportunities being a multi-service player.

“We have video, media player, music, and gaming. All four have advertising opportunities. So, advertisers had the opportunity to do video ads, audio ads, and display,” Singh said.

In August, the platform had launched the ‘Everytainment’ package which offered the advertisers to connect with users through their entertainment journey on the platform. The platform also offers platform roadblock opportunities to advertisers which gives incremental reach.

“We also provide original content free which means that advertisers can advertise on premium content. Others also have original content but a lot of it behind the paywall. We had a sponsor for every show that we launched,” Singh stated.

Apart from e-commerce, gaming, F&B, FMCG, ed-tech, and BFSI, the other two big categories that advertised on MX Player were social apps and OTT platforms.

“Google, WhatsApp, and Facebook advertised on our platform because we had incremental reach. Similarly, Netflix and Amazon Prime Video were advertising on our platform to reach new audiences.”

Singh believes that the pandemic saw brands reallocating advertising spends away from outdoor, radio, and print to digital.

SonyLIV Head Ad Sales Revenue, Digital Business Ranjana Mangla said that the platform is expecting 40%-45% revenue growth in Q3. The Q3 ad revenue monetisation is also being aided by the presence of the India vs Australia bilateral series.

“Given the ongoing Covid-19 slowdown, scaling up this festive season was ought to be challenging but at SonyLIV, our rigorous planning and well-curated content innovations propelled us to deliver on all client requirements. We managed to gain the advertisers’ confidence with as many as 70 brands coming on board for the India Tour of Australia. Not only were we completely sold out for ODIs and the first T20s, but we also garnered advocacy from brands across categories like insurance, banking, gaming, tourism, electronics, FMCG, and more,” Mangla said.

“Riding on increased traffic and viewership, we are expecting a 40%-45% revenue growth in Q3, this year. It has been a good run for us so far and with a cluster of offerings planned ahead across sports and originals, we are hoping for digital ad spends to grow sustainably in the months to come.”

ZEE5 Chief Revenue Office Rajeev Dhal said that this is the biggest quarter for ZEE5 in terms of revenue. “This festive quarter was expected to give a much-needed respite to product off-take as well as marketing investments. For ZEE5, this is the biggest quarter ever in terms of demand & revenue; to give you a broad idea, it is almost 2x of last year and 75% bigger than the previous quarter.”

Disney+ Hotstar paid subscriber base swells to 58.4 million
5 days ago

I have never seen revenue as a challenge: Bharat 24 CEO Dr Jagdeesh Chandra
14 minutes ago

It is a beta-world, keep learning and doing more: Sudhanshu Vats
33 minutes ago 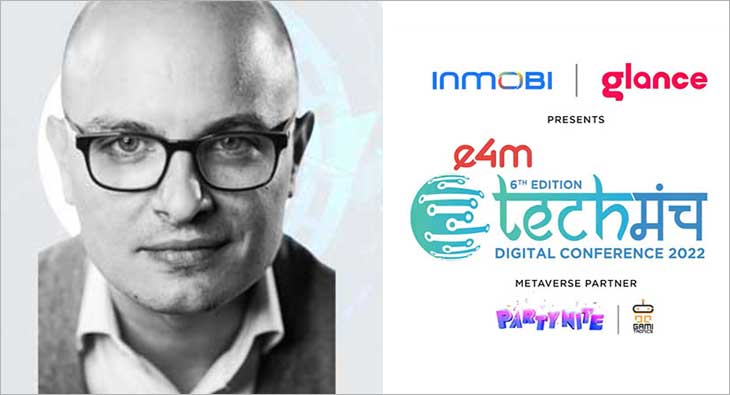