‘Differentiate or Die’ is the mantra that drives the marketing team at ABD. All our brands have their foundation on a very strong consumer insight

‘Differentiate or Die’ is the mantra that drives the marketing team at ABD. All our brands have their foundation on a very strong consumer insight… Every category within IMFL has pre-defined codes in the consumer’s mind. For example, whisky as a category stands for success, achievement, status, masculinity and bonding, Vodka, on the other hand, is all about liberation, youth, fun, partying and socialising. The challenge (since you can’t show the product from an ATL point of view) for a new brand is to operate within these codes and still be different.

Ahmed Rahimtoola is the Vice President, Marketing of India’s third largest spirits company, Allied Blenders and Distillers Pvt Ltd. He has played a vital role in the marketing success of the various brands under the company’s banner.

Having an extensive career spawning over 13 years in the field of advertising has helped Rahimtoola become a key player in the Alcobev (alcohol beverage) industry. His understanding and thorough knowledge of the industry have also been fueled by his seven-year stint with the UB Group. Prior to joining the UB Group, he had worked in the field of advertising, which has now given him the insight to spot an opportunity when he sees it.

In conversation with exchange4media’s Nitin Pandey, Rahimtoola shares the growth strategy of Allied Blenders and Distillers, the performance of the different brands in the company’s portfolio, creating brand differentiation and more...

Q. What is the current share of ABD in the liquor industry pie in India? The Indian liquor industry is approx 262 million cases and is growing with 12 per cent. Last year, ABD had sold 16.5 million cases, thereby giving it a national market share of 6.3 per cent. And today, it is the third largest spirit company (it was at No. 6 just four years ago).

Q. It’s been almost two decades now since ABD has been operating in the Indian market. The Group revamped its brand identity some time back, how has the market response been to this branding? The new identity for ABD was created in the year 2008-09. At that time, we as an organisation were going through a complete transformation phase under the leadership of Deepak Roy, an industry veteran. There was a new management team in place, new brands were being launched and a new vision was set to drive the company to the next level of growth. The new identity created is a reflection of a company that is on a high growth trajectory, a company that is breaking all boundaries and a company that is strong, powerful and fearless.

Since the inception of the new identity, ABD as an organisation has grown from strength to strength. From being the sixth largest player in the spirits industry, we are now the third largest player. ABD has also been the fastest growing spirits company over the last three years and has an array of powerful brands addressing different consumer segments. The industry today sees ABD as a formidable player, which is aggressive and fearless in the market place.

Q. If you had to take out a few key trends of this emerging industry in India, what would they be? The IMFL (Indian Made Foreign Liquor) industry in India stands at 262 million cases, growing at 12 per cent. India is predominantly a whisky market, with whisky contributing to 56 per cent of the entire spirits market. Brandy, which sells predominantly in the South, contributes to 22 per cent and is the fastest growing category. This is followed by rum with 17 per cent salience, vodka with 3 per cent and gin with 1 per cent.

Q. Where do your brands stand vis-à-vis the competition? Officers Choice is the second largest selling whisky brand in India and the fastest growing whisky brand in the country, growing at a CAGR of 33 per cent over the last four years.

Q. What are some of your plans to expand the reach of the company in India? Going forward, the thrust this year is going to be the brandy category. Brandy as a category contributes to 22 per cent of the total IMFL sales and is growing at 25 per cent. We plan to launch two brandies – one in the semi-premium segment and the other in the premium segment.

We are also in the midst of launching our premium rum brand, Jolly Roger, nationally this year.

We have launched the brand in two states – Assam and Maharashtra. The response from the two markets – from both the trade and consumers – has been very encouraging and hence, we plan to take the brand national early this year.

Q. Why have you relaunched Class as Class 21? The suffix 21 gives the brand a lot more emotional connect with the TG. 21 is that magical age in one’s life that we have the best memories off. Also, 21 represents the 21st century. The new identity we have created was inspired by the choice of today’s generation – digital.

We backed the new identity with immaculate packaging and a very insightful campaign on the insight – ‘I won’t to be 21 forever’.

Q. What was the inspiration behind your TV commercial for Officer’s Choice? The idea behind our campaign was that ‘It is the choices and actions that we take that determine whether we are true officers or not in life’. The brand proposition is communicated through a series of three dramatic films based on real life situations. The films show common men, faced with ‘choices’ that they come across in their day to day lives and the show the true officer take the ‘right choice’ in life. These films celebrate everyday victories of common men and salute the officer in them while inspiring other viewers to follow suit and be righteous in their lives.

Q. How do you create differentiation for the brands in your portfolio? ‘Differentiate or Die’ is the mantra that drives the marketing team at ABD. All our brands have their foundation on a very strong consumer insight. Let me give you two examples:

A large part of Officer’s Choice consumers come from lower strata of the society. Research showed us that because of their humble beginnings and situation they are in, they have not had many opportunities in life to make it big, get respect and recognition. Due to their circumstances, they are pushed around, but they still want to live with pride, respect and dignity. To satiate this need, they try and do good deeds in their neighbourhood. This helps them get little recognition and respect amongst their peers and their clan. Doing good deeds also gives them immense sense of pride and purpose. This helped us hit upon their belief – ‘Every individual’s deeds, actions and choices make them stand apart from the crowd and stand above others’.

Officer’s Choice whisky identified this core need of the consumer segment and created a differentiated positioning for itself on the platform of ‘Righteousness’, while other brands were talking about success, achievement and style. So, from this was born the campaign ‘Jagaiye apne andar ka officer’.

In case of Wodka Gorbatshchow, the brand had to use the international platform of ‘Purity’ and make it relevant for the Indian audience. Research showed us that individuals play multiple roles in their lives. Some roles they play are because of the situation that they are in or because of their beliefs in life, for example, a lot of people believe in separating professional from personal things and are thoroughly professional at their work place and different when not. Wodka Gorbatshchow used this insight to be relevant to the youth mindset, asking the youth to play as many roles as they could, but to play each role with complete purity, passion and integrity. Thus, was born the campaign ‘Whoever you are be Pure’.

Q. Since no direct advertising can be done for liquor brands, how have you been creating awareness about your brands? This is always a challenging task, especially when you are launching new brands. Every category within IMFL has pre-defined codes in the consumer’s mind. For example, whisky as a category stands for success, achievement, status, masculinity and bonding, Vodka, on the other hand, is all about liberation, youth, fun, partying and socialising.

The challenge (since you can’t show the product from an ATL point of view) for a new brand is to operate within these codes and still be different.

However, when it comes to BTL, restrictions are very few and hence, when a brand is using ATL media, it should be backed heavily by BTL initiatives (glow signs, display, POS, etc.) so as to have a better connect.

Want to up the transparency game on social media: Aprameya Radhakrishna, Koo
19 minutes ago 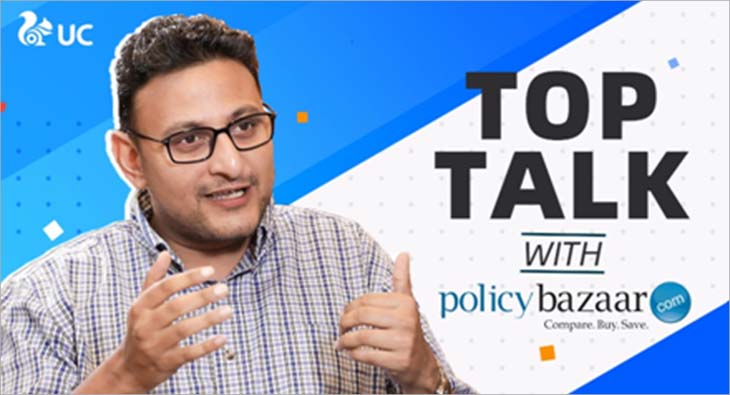