Industry pros reveal their favourite ad campaigns of the year

It’s the end of another year in advertising. There’s no denying that the year was marked with whiplash, network pressures, large-scale mergers and ongoing questioning of the agency model. Despite of this, one thing that remains intact is how creative, heart-tugging ads still stone through it all. So exchange4media asked industry stalwarts their favourite campaigns in 2018. Here’s what they came up with. 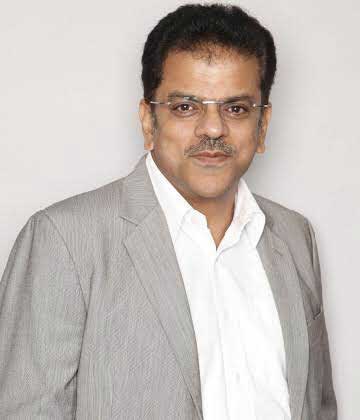 2. 2018 has seen some fantastic work coming out of FCB India. Sindoor Khela #NoConditionsApply, Horlicks Fearless Kota and Mahendra #LadkiHaathSeNikalJayegi. These campaigns brought about behaviour change and made not just a positive impact on our brands but also on our society. 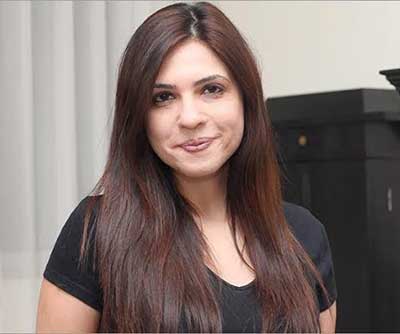 My two favourite pieces of work - one by another agency and one by my own are:
1. The Story of Kaveri for the client: Reforest India and by the agency named Early Man Films. The Story of Kaveri, in my opinion, has been one of the finest filmmaking that Indian advertising has seen. Even through the story is narrated in a lateral fashion, the visual drama, the haunting voice and the music hold you to the screen.
I consumed the poetry through the subtitles but I can only imagine the impact it had on those who heard it in its original language. Above all of this, it made me feel for the river and I wanted to know more.

2. Client : Hindustan Unilever Limited Agency : Ogilvy Mumbai. From the work that we have created, the one that I am most proud of, is the water conservation film that my partner Harshad and I just completed for Hindustan Unilever. It’s called ‘The Shower.’
The client’s commitment to the cause allowed us to create a piece that truly demonstrates the value of water from the point of view of those who rarely even get see water. Let alone take a shower.
The film is already creating a conversation and we hope it will nudge the conscience of our society just enough to act on it. 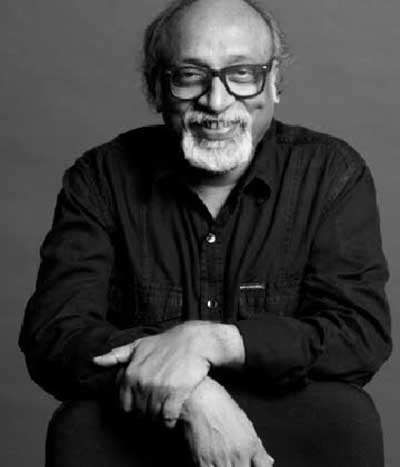 1.     UniLever water shower ad. By Ogilvy, loved this ad as this is a good initiative, brilliantly done and it changes the behaviour of people about usage of water.

2.     Coco Dhfl General Insurence the girl biker. It’s not just a girl riding a bike but the support of the family too. We generally stereotype girls with a scooter. This ad breaks it. Proud of my team for being gender sensitive. 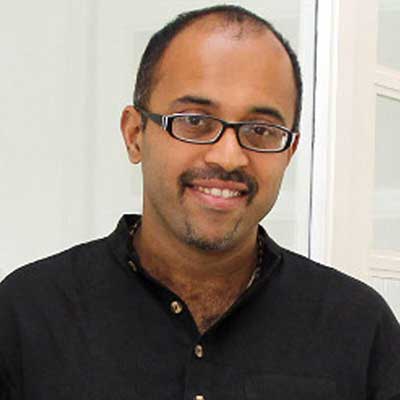 1.     Fast Track Reflex Activity Tracker: It's much harder to create impact in a short duration. This ad not only communicates the feature but has a great penny-drop moment and is aided by immaculate execution.

2.     Campaign by Scarecrow M&C Saatchi: Emami HE deodorant: I like this as the creative idea is unique, the format is fresh and a 'not-so-obvious' extrapolation of the core property of 'sweat'. 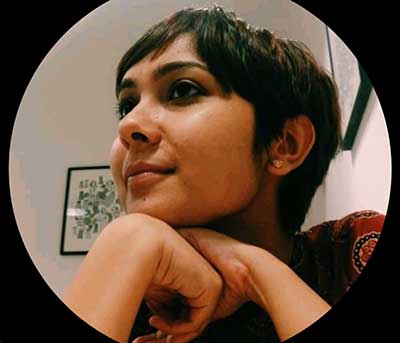 1. My favourite ad of 2018 by another agency is the Stayfree - Project Free Period. The piece of communication that I found both compelling and insightful is the ‘Free Period Campaign’ done by Stayfree. It picks on a common sentiment around periods, perhaps universally echoed by women, that they hate it, that it’s cumbersome and overall a complete killjoy. The immensely insightful and heartening spin on this is from the lens of sex workers, for whom these few days are days of rest and no ‘work’ and how they look forward to it every month. Using these days of ‘no work’ to teach them new skills through an NGO partnership is a refreshing and progressive stance for a sanitary napkin brand to take.

2. One campaign from Dentsu Impact that I am proud of is an activation we did for sanitaryware brand Roca-Parryware’s ‘We are Water’ Foundation on the occasion of World Toilet Day this year. With rapid urbanization and growing disposable incomes, home owners are getting younger and categories like sanitaryware are becoming more and more décor and aspiration oriented. However, an ugly truth that remains largely unaddressed is that millions of Indians still have to defecate in the open in unsafe, unhygienic and undignified conditions. This activation brings the cosmopolitan, privileged Indian face to face with this disturbing reality in a jarring and compelling manner and encourages them to meaningfully support this cause. Needless to say, it allows Roca-Parryware to take on a larger, more inclusive stance on such socio-economic ills and create awareness around sanitation for all. 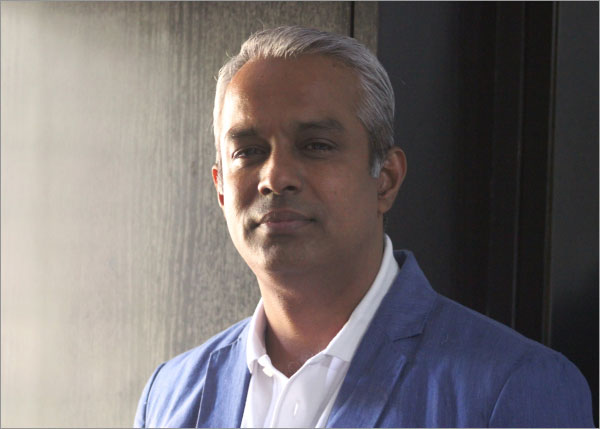 1. #keralaIsOpen (Samsonite)
It struck a chord immediately. I was just back from Kerala after a client meet. I spoke to my cousins and the local folks who were in the thick of things. The floods had taken its toll. There was help pouring in from everywhere, but Kerala needed to get its best known source of income back on track i.e. tourism. The ad captured the little nuances very well, it was brilliantly timed and the brand fit was perfect.

2.  HP #GoLocal
It captured the reality of a lot of traditions and things considered traditional. The diyas are slowly dying, with a majority of us shifting to something that’s more convenient. However there is also a realization, led by children, that Diwali is not about bursting the loudest crackers. The festival of lights is best celebrated the traditional way. The ad puts the focus on that and integrated HP products seamlessly. 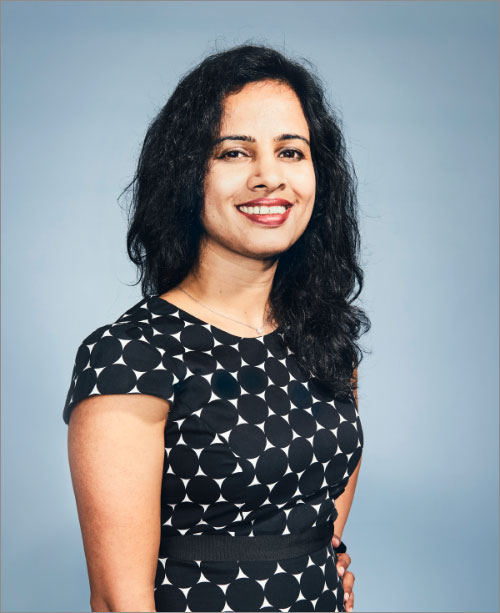 The series launched by the food-tech brand clearly established the USP of Swiggy in terms of wide variety, large network and quick service. It was the simplicity of the films, which had very real-life situations being solved with the use of technology, that caught everyone’s attention. A consumer ordering just one gulab jamun and savouring it at the doorsteps is something that struck a chord. Another interesting aspect is how the films simply cut across the age groups. In short, the food-tech brand just nailed it.

This film is very close to my heart. My roots are in Kerala and I happened to be stranded there during the floods, and I saw its impact from close quarters. The way the general public rallied around those affected brought tears to my eyes and made my heart swell with pride at the same time. And after the initial furore had died down, Samsonite came out with this ad.

The film was purely meant for the digital domain but the way it portrayed the flood-stricken state Kerala and coloured it with hope, completely changed the mind-set of audiences. It was a very responsible piece of advertising where every frame actually came together and urged the tourists to return to the God’s Own Country Kerala. 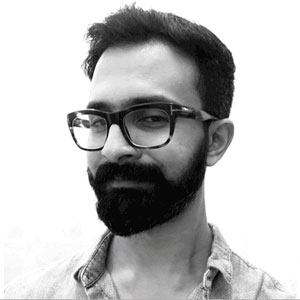 We’re constantly engaged by so much great work around us that one puts the competitor hat aside and really learns to consume and applaud. My two favourite this year are:

1. Spike Jonze video (Apple HomePod)
It was awesome just from its pure visual poetry that defined what the product experience would be like for a consumer.

It was a sensitive campaign that Samsonite did for Kerala tourism post the floods. It hit the spot while sticking to the correct balance in communication.

Mayank Tiwari appointed as Partner & CBO of Avataar.Me
6 hours ago