Dr Roy, Co-Founder & Executive Co-Chairperson, NDTV Group spoke about the issue of fake news, the growing interdependence between social feeds and newsrooms and the future of TV news in India.

Dr Roy also thinks that Indian advertising agencies need to catch up with their global counterparts to differentiate between quality and mere numbers.

In an interview with exchange4media, Dr Roy spoke about the issue of fake news, the growing interdependence between social feeds and newsrooms and the future of TV news in India.

How do you see the media reporting around the upcoming Lok Sabha elections? What are your observations?

Historically we have found that parties that own media like DMK, which virtually controls Sun TV, hasn't guaranteed victory for them.
In Punjab, the Akalis hold the cable system and many of the best channels were thrashed in the last elections. So as media we tend to overemphasise our importance, we are most self-important category of people in society. But voters see through media, they get their information from media, but they also make up their own minds just to decide which way to vote. 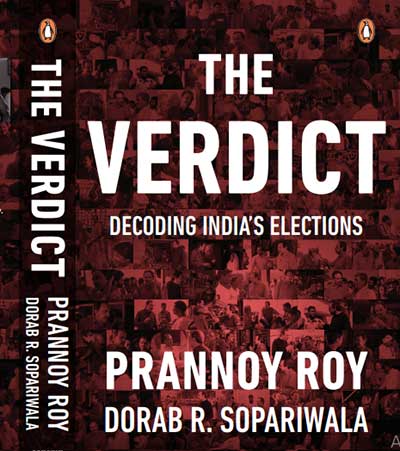 Do you think the upcoming Lok Sabha elections will be WhatsApp elections given the way political parties are using it to reach voters?

It is a crucial factor, a new factor in this election, both positive, because there is lot of information, exchange of ideas; but also negative because of fake news and the fact that we can't identify who put it there. So we have suggested that we should lift the veil  of anonymity in the rarest of rare cases and that should be done only by the judiciary and people should know that if you are really inciting violence you can be identified.

This conversation is becoming so important now. What has been shown is that where there is tension and violence, turnout get lower and that helps cadre based parties.  So that is an indirect impact on the measurement of the impact of WhatsApp.

What do you think is the right way to address the issue of fake news, also how can mainstream media protect itself from its impact?

In the case of social media, in rarest of rare cases, end the anonymity and identify who sends out inciteful messages that goes out and punish that person and people should know that if I send it out I could be punished too. But it should be the judiciary that decides it and not the government.

We have seen political parties using traditional and new media platforms to influence voter behaviour, in your view, are traditional platforms still effective target platforms or the game has shifted in favour of digital medium?

So far today, perhaps in the rural areas, they get most of the information from television and data has shown that, Centre for the Study of Developing Societies (CSDS) has done a study, but that study ended in the last election.

This election, if we will have a look again, I think WhatsApp would have caught up quite a lot. May be still television is dominant, but it is dominant in the source of information but in not deciding which way they vote, they are too smart for that, the voters are smarter than media.

In your view, what is the impact of social media feeds on newsrooms, have they become increasingly interdependent?

One of the reasons I love Twitter is because most of the big media houses break their news simultaneously on their channel as well as on Twitter. If you are not watching their channel, you can find it on Twitter as fast as it comes on the actual, so it’s a great source of information.

We blame the noise and polarisation of today’s TV news on its revenue model, do you see an industry course correction in the near future?

Around the world, for news channels around 50 per cent of the revenue comes from subscription and 50 from advertising. In India so far it’s about 90 to 95 per cent from advertising. However, that is changing, and I think five years from now it will get closer to 50-50 and that will help a lot.

For example, in the case of The Times of London, each eyeball gets seven times the rate than The Mirror gets, they distinguish between the quality. Here in India, advertising agencies just go by numbers, they don't take into account the quality and tabloid vs. non tabloid, and that will change overtime.

Over a month into BARC blackout, news genre sees no impact on ad sales
3 days ago

Post-festive AdEx on GECs will see a growth this year, predicts TV industry
2 hours ago

'We should imbibe changes, pivot fast & engage proactively by listening to consumers'
1 hour ago

Now, advertisers can create sponsored ads from user accounts on Instagram
2 hours ago

UK to form regulatory body to monitor tech cos like FB, Google
2 days ago

Why micro-influencer marketing is becoming mainstream
1 week ago

Swati Mohan, Director, Marketing at Netflix, steps down
4 days ago