Election campaigning: How will political parties compensate for hoarding ban in Bengaluru?

Most political parties and media agencies feel the ban will not have a huge impact on campaigning as other media, especially social media, will very comfortably compensate for the reach and impact

The Election Commission of India is expected to announce the schedule for the Lok Sabha polls very soon. With political parties investing heavily on campaigning through television, print, radio, digital and OOH, the general elections this year is expected to be one of the most expensive ever held in the Indian democratic history. Last year’s Assembly elections in Karnataka has already set the tone for the big battle. During the state polls, BJP is said to have spent Rs 300 crores on advertisements (most of which went to print ads) while Congress spent close to Rs 50-60 crores.

When it comes to campaigning, OOH & flex board is one of the most important tools used by political parties to connect with local public. During every election, huge hoardings and flex boards of parties and politicians are raised in Bengaluru city. But with Bruhat Bengaluru Mahanagara Palike (BBMP) banning hoarding across the city for a year, reliability of political parties on OOH campaigns will be very less this time.

The Karnataka High Court in August last year instructed BBMP to immediately remove all illegal flex boards across the city. To curb the menace of illegal hoardings, the BBMP council approved a new draft advertising policy that bans all kinds of outdoor advertising for one year. The ban, however, does not apply to advertising and branding on skywalks, public transit stations, bus queue shelters, or car-share and bike-sharing stations.

So how will this ban on OOH in the city impact campaigning for the elections?

According to Sriram Sharma, Leader- Client Leadership, South India, Mindshare, it will be a “very big blow” to all political parties.

“However, there is light at the end of the tunnel. We are expecting a new bi-law from BBMP in the near future where Bangalore will be divided into three zones and standardisation of sizes and type of media is expected. This will be a boon to all advertisers, including political parties,” he added.

Karnataka state BJP spokesperson Prakash S, however, feels that the ban will not affect the election campaigns much as the advancement in technology and social media will be utilised to bridge the void left by the ban on outdoor ads.

“The ban on flex boards will not have much effect on election campaign as it is applicable only in the city of Bengaluru and doesn’t apply to other parts of Karnataka. We are using technology and social media tools to reach out to the voters in Bengaluru. Social media platforms such as WhatsApp, Facebook, YouTube and Twitter are being used to connect with people,” said Prakash.

So, what about voters who do not have access to smartphones and social media platforms?

“For those set of people who are not technology friendly, we are meeting them in person. The party workers are being trained for that. On the whole, the ban on OOH and flex boards will not have much effect on our campaigns,” added Prakash.

A spokesperson from Karnataka Aam Aadmi Party (AAP) is also of the similar opinion.

“The advancement of technology is providing us lot more tools to communicate with people. During the 2018 Assembly elections, WhatsApp and Facebook were widely used by political parties, including AAP, to communicate with the public. Political flex boards and hoardings are indeed an eyesore to the public. So, when the technology has grown so much, why resort to the traditional methods that creates nuisance for the public?” said the spokesperson on the condition of anonymity.

Naresh Bhandari, COO-OMI-Laqshya Media Ltd, too feels that the ban will not have a huge impact on campaigning.

“It's not a blanket ban on all types of OOH media. Current ban is only applicable on billboards, gantries, pole/median kiosk and some of the mall facades facing traffic. There are 1600+ bus queue shelters and 28 foot-over bridges in Bangalore which are notified as legal media spots. Lot more BQS and additional 150 foot-over bridge will be coming up over a period of time,” reasoned Bhandari.

Speaking on the impact of the ban, Bhandari said, “They will definitely use BQS and foot-over bridges as and when they feel the need of this media. Not just that, I am pretty sure they will come up with lot of posters, banners and cut-outs though these are banned. If not, they will find other ways!”

According to Laya Menon, Executive Vice President, Initiative, other media will very comfortably compensate for the reach and impact.

“OOH will still be deployed as per the restrictions (skywalks and bus shelters). Also, over the years, print, TV, radio and digital have had a significant share of spends in election campaigns, which is quite likely to continue this time as well. So, while the hoarding ban in Bangalore will steal some share of visibility, other media will very comfortably compensate for the reach and impact,” said Menon.

Adding to the point, Sriram Sharma said, “Before elections, there is a window provided by the election commission for parties to advertise. During this window, usually a multimedia campaign is planned and implemented. Key media vehicles used are TV, which is the highest penetrated media, followed by print, outdoor, radio & digital. This multimedia effort helps parties to reach out to various voter sets. In recent elections, use of digital – display, social & search played a key role to reach out to younger sets or first time voters.”

Invesco could call off ZEE EGM: InGovern
8 hours ago 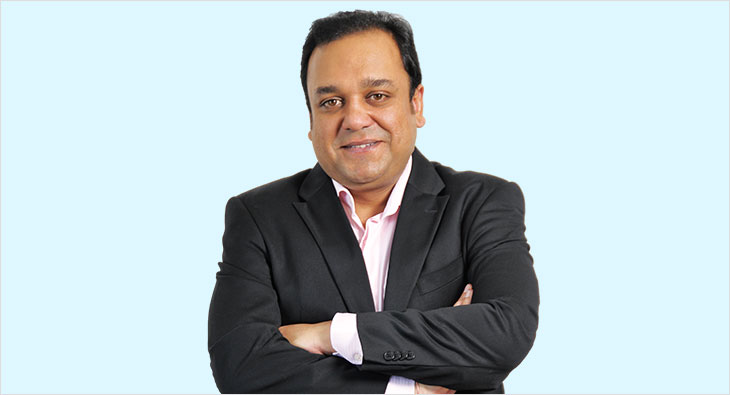 media-others Invesco could call off ZEE EGM: InGovern
8 hours ago