IMPACT from the exchange4media Group launches the first edition of its ‘40 Under Forty’ list to recognise extraordinary achievers who are 40 years of age and below in the Indian Media, Marketing and Advertising industry. Below are the remainder of the list of creative wizards whose innovative efforts have defined brands. 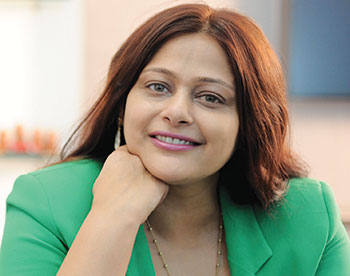 For a generation that grew up in the 90s, the name Mayoori Kango evokes memories of a young girl walking down a beach to the tunes of the popular song, Ghar se nikhalte hi. Giving up the world of glamour, however, she moved to the US in 2005 to pursue her MBA in Marketing and Finance.

A yearning to experiment and widen her scope of learning, led her to choose marketing, and an internship at NBC proved an opportunity to experiment with digital campaigns. Kango reminisces, “The first time I understood how the auction system works and how campaigns work, I thought it was brilliant! It’s like art and science and math all in one go; I fell in love with performance marketing right there and I knew I had to do this - it was the perfect fit for me. And I have never looked back. There is order in chaos here and there is an honesty to performance/digital marketing that makes it something I really enjoy.” While in New York, she worked with organizations such as Digitas, Resolution Media, 360i.

Under Kango, Performics.Resultrix today is the Number 1 Performance Agency as per Google, in terms of a single agency buyer. She helped expand the analytics portfolio of the company by winning the Google 360 Resellers license in India. She also brought in accountability to the performance display business by launching the first Indian agency automated affiliate management system that builds in creative control and fraud detection. Moreover, she helped Performics.Resultrix win and retain prestigious business such as Zee5, Uber, Nestlé and more.

Commenting on the campaigns that she is proud of, she says, “We have had many firsts in Digital marketing with some really great clients in India. Be it the launch of Airtel’s music app WYNK, which was launched only on the Digital platform and topped the charts on then app store within two weeks; or other campaigns for Maggi, OLX, Uber, Hotstar and more, there have been some really tremendous campaigns with business success tied to it.”

Success Mantra
Be direct. Be honest. Do not apologize for getting it right. 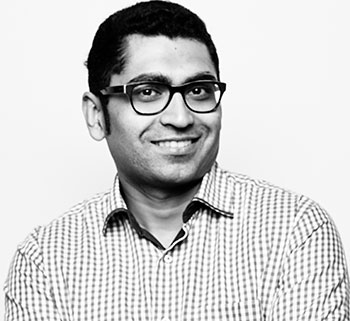 Saurabh Doshi recently moved into a regional role at Facebook as Head of Entertainment Partnerships for Asia Pacific, covering markets like South Korea, South East Asia, China, Japan, ANZ, etc. In this role, he leads Videos & Creators, two of the most important segments for future growth across the region. A top priority for Facebook is the new video play feature called Facebook Watch for long form episodic thematic content and developing the Creators ecosystem on the platform, given that it is a social network platform with a mission to create communities.

Commenting on the future growth drivers Doshi says, “Over the past few years in multiple organizations, a lot of my focus has been on the video and language side of things. I think we are now at the tipping point of both of these, which are growing exponentially. When one looks at videos and languages from the lens of local content and the fascinating work being done by niche and local content creators across smaller towns of India, it appears that we have a revolution coming which will democratize and localize the entire media industry. This is an area which I have been investing most of my time on trying to unlock.”

Doshi was earlier Head of Media Partnerships in India and built a pan India team to work with studios, TV, celebrities and other media organizations. During his stint, Facebook India built a partnerships team working with hundreds and thousands of partners, which included developing and supporting an ecosystem of small content creators and companies and providing solutions for language and niche content. His team was also behind the launch of publishing product, Instant Articles in India, which is now used by a large number of publishers and solves connectivity and loading issues of articles for mobile users.

Moreover, FB LIVE has changed how Bollywood and the movie industry at large launches assets or announces key milestones and has established a completely new way of having first hand interactions with fans by celebrities.

Success Mantra
What we communicate and stand for as a brand, not only defines the product but also influences culture, health and mental well-being of people using those products. A key member of the leadership team at Wavemaker India, Managing Partner Monaz Todywalla currently leads the L’Oréal India business. She played a fundamental role in quadrupling L’Oreal’s digital share from 5% in 2014 to 21% in 2017.

Todywalla has been instrumental in designing and deploying customized client solutions and has played a vital role in retention of existing business. With extensive product knowledge, she has also helped pitch and raise the bar of new business wins and growth by 15%.

Some of the standout campaigns that Todywalla has worked on include the immensely popular Cadbury Dairy Milk ‘Pappu Pass Ho Gaya’ – a campaign that helped the brand make a manifold leap in brand recall, leading to higher sales numbers. Other campaigns that she is proud of working on include a campaign for Saffola – World Heart Day that struck an emotional chord and the Parachute Advanced Ayurvedic Hair Oil campaign. She also fondly recalls the ambush campaign for Vodafone during IPL 11, where the telecom major drove recall with a smaller investment, thanks to some strategic thinking by the team. Moreover, Todywalla also facilitated partnerships with internal stakeholders to create a successful campaign for Vodafone in 2017; with a team that led Vodafone to being bestowed with the ‘Client of the Year’ award at the EMVIES 2017.

Commenting on the challenges of being a marketer, she says, “In a constantly evolving consumer and media landscape, I think that the biggest challenge a marketer faces is maintaining meaningful relationships with customers. This not only means understanding the consumer, but also using data to drive relevant conversations that make the customer stick to your brand.”

Todywalla has also been part of WPP Global’s ‘Walk the Talk’ program, an initiative that empowers senior women leaders to lead the change for its people, as well as clients.

Success Mantra
Be true to your business and client. 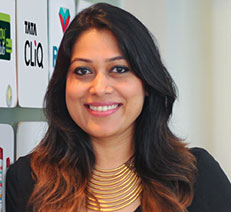 While every piece of work presents a different challenge, Paper Boat holds a special place in her heart. She says, “A special mention would go to Paper Boat – one of the few brands that took off sheerly on its packaging design, of course, backed with a unique product and brand idea. It is an ideal example of a great idea, great product and great design coming together. Design is core to Paper Boat’s growth and success, which are highly recognized and appreciated by the consumer. As a designer, it is always an innate desire to see the consumer smile with the brand experience. Through Paper Boat, it was impeccably achieved!” Recently, Nikumbh represented Elephant and India at the Asia-wide collaborative project ‘Colours of Asia’ where India’s cultural nuances was showcased through five key colours.

It has been Nikumbh’s long-time desire to work on an airline branding project. “The sheer scale and spectrum of the work involved excites me! It provides so many opportunities to create consumer delight through one brand experience. I’ve also always been intrigued by Parle-G. With such an iconic brand and packaging, that touches every segment and geography of the nation, I always wonder what its new avatar would be.”

Success Mantra
For Nikumbh, it is the smaller, local brands/services who she believes can leverage design to another level, making a much larger impact. 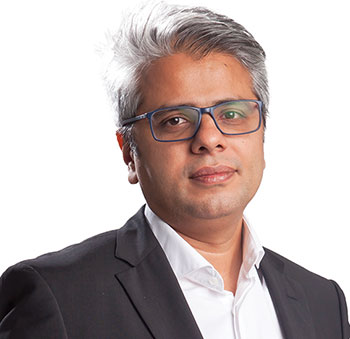 In 2001, just post the dot.com bust and at a time when Digital marketing was non-existent, Shamsuddin Jasani’s interest in marketing led him to join a startup called ApnaLoan.com, turning down a lucrative job offer from Citibank. However, when he joined the firm as a management trainee, he was put into the Sales division. Within 15 days of joining, he went back to his bosses and told them that he wanted to be in Marketing and not Sales. They offered him a job in the performance marketing area of their business.

Seventeen years on, Jasani, aka Shams, who launched Isobar in India in August 2008, has grown the agency’s billing size from zero to USD 150 million, with staff expansion from a team of just four people to a 200-strong member team.

Moreover, he has overseen two successful acquisitions. Jasani also oversees the AMNET operations in India and is a Board Committee member of Dentsu Aegis Network’s Management in India, while leading the charge on Digital as a part of the Digital Council for Dentsu Aegis Network. In addition to this, he also oversees the programmatic operations for DAN in India and under his guidance AMNET has grown over 300% in the last two years. Jasani is one of the few people who has Media Owner, Agency and Client experience.

Success Mantra
Jasani has two mantras for success. The first states that we make our own luck. He has never waited for things to happen, but created his own opportunities. Secondly, it is always important to look at the big picture. You might lose some battles and take some punches, but you will always win if you have the ability to look beyond them towards a larger goal. 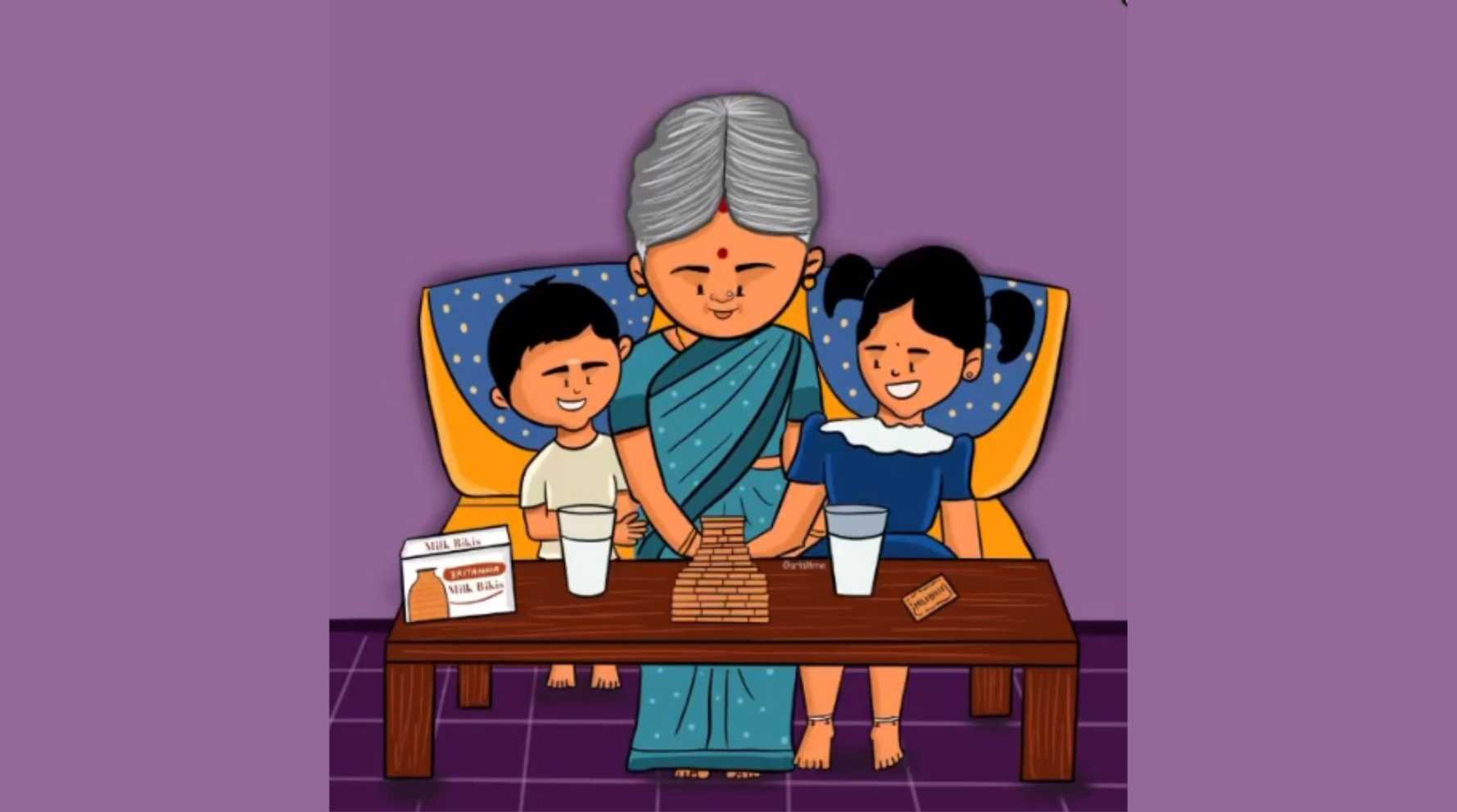