Can the thriving smartphone ecosystem withstand another data tariff hike?

With speculations about further data tariff hikes, we speak to experts to gauge what could be the impact on the digital landscape that is dependent on data consumption on mobile phones

Last month private telecom operators - Vodafone, Airtel and Reliance Jio - increased their tariff rates by up to 40 per cent. With financial and regulatory woes for telecom operators showing no signs of waning, speculation is rife that further tariff hikes are only a matter of time. Over the years, cheap data plans in India have been the backbone of an entire digital ecosystem with mobile as the destination, namely e-commerce, social media, utility apps and most importantly Over The Top (OTT) video streaming platforms. In a price sensitive market like India, what could be the possible impact of higher tariffs on mobile data consumption and in effect this digital ecosystem that depends on it?

Experts are of the opinion that the Indian consumer is now hooked to their phones and there is enough headroom for another hike without it significantly impacting data consumption. They are also quick to point out that India’s Average Revenue Per User (ARPU), despite last month’s hike, is still the lowest in the world.

The official voice for the Indian telecom industry - the Cellular Operators Association of India - too supports this view, says Rajan S Mathews, DG, COAI. “We believe that there will not be a significant impact on the subscribers. Even after the recent tariff hike, consumers will still be paying a paltry amount of 0.86 per cent of the Per Capita income which is still much lower than what it was four years ago.”

He further adds that even after the proposed hike, India’s data rates are still the lowest in the world. “The telcos have decided to not put heavy cost burden on the consumers and the tariff still remains affordable for all categories of customers, across the country,” said Mathews.

Defending the need for hikes, he elaborated, “The telecom industry is currently reeling under severe financial distress and hence a stronger revenue stream backed by a conducive business environment will translate into better network coverage, connectivity and better quality of service since telecom companies can invest in upkeep and expansion of infrastructure. Higher revenues for telcos will also contribute to higher revenues for the exchequer.”

Analytics platform App Annie’s latest report “The State of Mobile 2020” gives an understanding of India’s growing internet frenzy. On app downloads alone, India recorded a 190 per cent jump between 2016 and 2019. The average time spent on the mobile has grown 25 per cent since 2017. India has posted over 50 per cent growth in time spent on shopping apps between 2018 and 2019 and an 80 per cent jump in video consumption in the 2017-2019 period.

Detailing the consumption patterns of Indians, Niraj Ruparel, National Head, Mindshare shares, “The ARPU for telcos till five years back used to be in the approx 178-180 range. Now if one were to even add an inflation of 30 per cent for 5 years, it should have been ideally in the 240-250 range, but it’s not. My sense is that if it doesn’t touch that range the audience is not going to react to not using the services. Five years back for 178-180 ARPU range, 80 per cent of it was predominately voice. Today telcos on an average are already giving 45-60 GB a month to their customers, but how much of that are they consuming? On an average, mobile data consumption is 11GB for Jio and 9GB for other two telcos. So, there is surplus data. Most utility apps do not consume too much data. Most data is used for video consumption and that is also of two types - one which you view on social media, YouTube etc., or the paid kind for OTT platforms like Netflix and Amazon Prime. If data were to become very expensive, the only consumption that would come down would be on free viewing. Meanwhile, people who have already paid for subscriptions would continue consumption. I don’t think the Indian market will see any significant impact.”

Agrees Vinita Pachisia, Senior Vice President, Carat, “The internet/OTT consumption through mobile has soared over the past 3 years since Jio’s entry and the consumers have had the best time in the last 3 years. As the mobile bills went down substantially, the usage of data penetrated into a mobile user’s life like a basic necessity. Hence even with the hike, the data consumption is here to stay. Since all telecom companies are looking to raise tariffs at the same time and almost at the same magnitude, consumers do not have a choice to switch between telcos to reduce bills. Also, while there may not be a reduction in the usage of data, voice calls may lose out to app-based calling to lessen the mobile bills.

Pachisia explains that there is a certain room for a hike but it would only have a direct impact on low-end consumers. However, any further revision in tariffs post this could lead to some consumer losses.

An increase in tariffs could have some impact for the lower end of the market, which may be the most price-sensitive, says Sanjay Mehta, Joint CEO, Mirum India. “For the rest of the market though, data is a relatively low-ticket spend of their overall wallet, and an increase of 20-25 per cent may not make a dent on consumption habits. A lot of data consumption also happens across WiFi networks in offices or public places, which will continue unabated.”

Following last month’s tariff hikes, there were reports of some subscription-based OTT platforms looking to offer discounts as part of their new user acquisition strategy. However, there has been no official confirmation from the platforms themselves. The overcrowded OTT space, with over 30 plus players, is already working in a highly competitive market.

If the telecom operators continue to hike tariffs it would be an added headache for these platforms in the long run but for now they are not too perturbed, says Nachiket Pantvaidya, CEO, ALTBalaji and Group COO, Balaji Telefilms. “Indian audiences today are more receptive and are gradually realising that quality content comes at a price and subscribing to a platform or service that provides value to them and diverse content makes for a feasible investment. ALTBalaji’s annual subscription fee shall remain at Rs 300 ensuring that the viewer doesn’t have to burn a hole in their pocket and at the same time be treated to a content library that is becoming better and more diverse with every passing day,” Pantvaidya said.

Experts believe that there are solutions to soften the blow especially since digital India is an important narrative today. Aatef Bham, Co-founder and Director of New Business & Strategy, Togglehead, says, “While people will certainly prioritise their spends now, the onus is on platforms and the government to maintain progressive statistics. Instagram, Facebook, Twitter, and YouTube have always had a peripheral reach in the regional markets. Tiktok, on the other hand, seeped through the masses with ease, to an extent that it recorded the highest percentage of users from India. To combat a dramatic decrease in usage, social and OTT platforms that wish to maintain or strengthen their rural reach, could offer lite versions or lower streaming options if they haven’t already. Simultaneously, towards the motive of Digital India, the government could set up WiFi zones in rural areas as well.”

According to Neena Dasgupta, CEO & Director, Zirca Digital Solutions, “As for digital India, we need an ecosystem that is sustainable rather than a bubble that comes crashing down sooner or later. The internet and its offshoots are going to be a mainstay while it may make people rationalise their usage for a while as its permeating effect can hardly be debated.”

'When it comes to news channels, much like the IPL, people watch it live'
1 hour ago 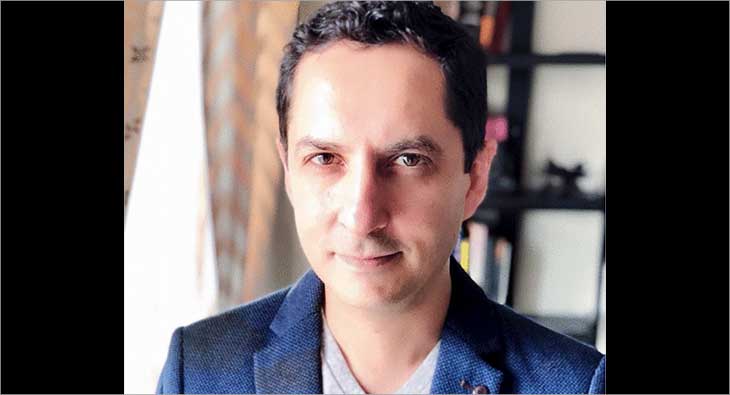 digital Cartelisation in the OTT space is dangerous: Siddharth Anand Kumar
1 hour ago