Experts opine that the new decade will be ruled by advancements in technology, shift in influencer paradigm, the rise of micro-influencers and more

2020 marks the end of the last decade and the beginning of a new one. Even in the world of Public Relations, the new 20s will usher in a shift in the way organisations perceive PR. The industry has undergone a tremendous change in the decade gone by and has much to offer in the new decade. PR as a profession has become more relevant than ever before. There is no doubt that it has become a quintessential part of one’s organizational structure.

The decade forays into the new age of communication and public relations. Affirmed by leaders of the industry, it will be predominated by disruption and innovations. “Predictions are a dangerous business in the fast-changing world that we live in. Having said so, I foresee the decade ahead representing an unprecedented inflection point in human history. Indeed, we will witness such change and disruption in the next 10 years”, said Madan Bahal, Co-founder & Managing Director of Adfactors PR.

The notable trends that marked 2019 and which will be further strengthened in the coming years are:-

Advertising and marketing are playing a significant role in PR strategy and outreach. The lines are blurring.

The lines of communications are slowly and steadily blurring. With the advent of integrated agencies, clients have also become demanding and expect a 360 degrees holistic experience. Sujit M Patil, ABC, Vice President and Head - Corporate Brand and Communications- Godrej Group  seconds the argument by stating: “Integrating all forms of communications has become the need of the hour. As a client, I would love to have a partner that can demonstrate capabilities beyond just media relations. Digital PR, alliances, owned media platforms, research, online reputation management and PR driven by data and insights are just a few of the competencies that I would like to see in PR consultancies to support me more effectively and most importantly to stay relevant in the future.”

"The current media scenario and hyper-connected digital world, public relations has moved leaps and bounds from traditional press to effective community building and strategic advisory. This has opened avenues for us to be thinkers and enablers and not executors of press releases anymore. We at Tute have been doing very different and new-age techniques to communicate with consumers than just doing vanilla media. Be it hosting events end to end, content collaborations with complementary brands, working with KOL (key opinion leaders), other than just bloggers, online consumer communities, Meet-ups, Telegram etc and also creating our IP's like Pour which has been a massive success and literally upped the bar for what are the possibilities in communication. With Godrej, we have been part of the journey for L'affaire since inception. It's the first owned PR exercise by a brand at scale and we intend to make it bigger and better every year. The vocabulary and mindset need to change to brand solution experts than just PR agencies”, explained Komal Lath, Founder at Tute Consult.

In the age of naked media, reputation management has become all the more about management. With the content becoming viral in a matter of seconds, agencies have to gear up for handling reputation. Kunal Kishore Sinha, Co-founder at Value 360 Communications explains,” Create relevant, topical and viral content through paid media channels to capture the eyeballs of consumers and creating a buzz in the market. This approach needs the support of paid as well as earned media. The teams that manage these three aspects need to work in tandem with each other to provide a concurrent theme to the message that is being disseminated to consumers”.

He further adds, “PR Agencies of the future will have to find and develop the teams of professionals who understand the processes of all three media channels, making reputation management a seamless, yet dynamic process."

The concept of paid media and earned media, advertorials taking a stronger precedence

According to studies, about half (49 per cent) of agencies’ work is in earned media, with 20 per cent in shared, 19 per cent in owned, and 12 per cent in paid.

Kishore argues, “In the past, the three media channels -- owned, earned and paid -- used to be managed in silos, with separate teams managing digital, PR, events and advertising. Often, clients worked with different agencies to manage these campaign channels for them. Needless to say, this strategy does not yield great results and clients have begun to demand a comprehensive media strategy from PR agencies”.

The rise in the use of Artificial Intelligence (AI), Big Data, Internet of Things(IoT) and other technological advancements.

Leaving behind the redundant practices of public relations, the new age agencies have started riding on the technological advancements like AI, big data and IoT. The decade will witness more usage of these advancements and try to ease the complex word done by the agencies.

Udit Pathak, Founder-Director at Media Mantra explained that the new decade in the industry will be ruled by technology. PR professionals will start exhibiting more inclination towards artificial intelligence and big data analytics. PR professionals will use the available resources to incorporate with technology to pacify their work along with increased efficiency and reduced time.

Video and Digital content as they hold strong narrative and instant touch, cost-effective and wider reach.

With the attention span reducing significantly, the need for video and digital content has risen exponentially and brands are riding on the agencies to serve the purpose. Manisha Chaudhary - Founder Director at Value 360 Communication says that the rise of digital media and the emergence of Big Data has made it necessary for agencies to prepare a 360-degree value proposition for their clients, where the brand owns the narrative through, owned, earned as well as paid media”.

In a bid to win the maximum likes and more reach, the industry had started compromising on the quality of work being delivered. The coming years will have to be dedicated to increased authenticity, transparency and avoiding disposal of fake news.

'Creativity and innovation are second skin to PR'
1 day ago

'Agile, dynamic firms with strong clientele can stay independent and grow'
2 days ago

'A strong business plan, innovation and timely action can help any firm stay independent'
3 days ago 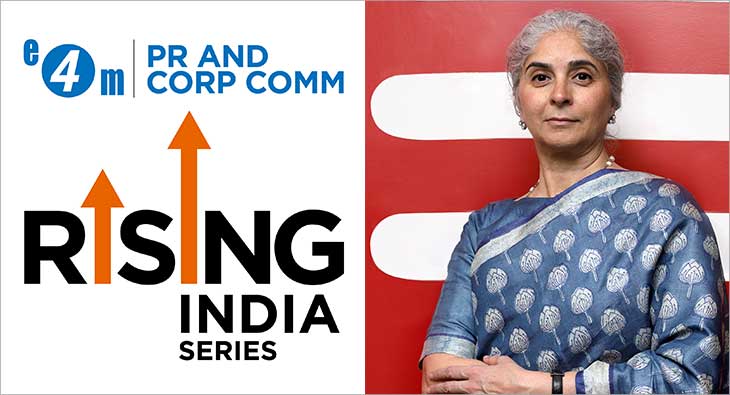