e-TechManch: The future of marketing is about the constant need for change

Laurent Ezekiel, Chief Marketing & Growth Officer, WPP, spoke about how brands need to constantly evolve and explore new opportunities outside their own sectors

On the second day of the much-awaited fourth edition of e-TechManch 2020, Laurent Ezekiel, Chief Marketing & Growth Officer, WPP, spoke at length about how marketing is constantly evolving and how it has pushed brands to step out of their comfort zones and venture into newer areas.

“There are a lot of things and experiences that were not part of the marketing nomenclature a few years ago. It’s an incredible time to be in the industry and frankly an incredibly exciting time to be CMO because the way the world is working is completely changing,” he said.

Talking about breakthroughs and innovations he said, “Imagine brands like Uber and Lyft, they were launched only 10 years ago and Amazon, Alexa and voice-activated services just five years ago, but we cannot imagine a world without these technologies. Now, this year alone, a billion dollars were invested into flying car companies and there are 25 different flying car companies at different stages of progress and innovation around the world.”

According to Ezekiel, technology is driving growth and is the future of brands across the world. “Evaluated at about $5 trillion in the last few months, Facebook, Google, Amazon, Alibaba and Tencent is predicted to go to $50 trillion in the next 10 years. So the rate of pace is 50% and is only going to increase. In fact, by 2025, 40% of the Fortune 500 will be new digital entrants,” he said.

“What's fascinating about APAC is that it's home to about 50% of the world's fastest growing companies at the moment if you think about just India alone, you've got some of the most valuable unicorns like Paytm, Oyo rooms and Byjus which are some really valuable and high growth companies,” he added.

“I think one of the points about the future of marketing is the constant need for change and  break into new categories,” he pointed out.

Putting forward some examples, Ezekiel spoke of some successful companies with high valuations have that taken up the idea of entering new categories and managed to diversify well go into new areas.

For instance, finance is something that Facebook has focused on. Similarly, Amazon has been pivoting towards health, Google and of course towards transportation, and Apple towards home security.

“These companies are really pushing themselves into new categories and even brands. Take for instance brands like Equinox that is a US-based health and wellness company that has gyms, then there is West Elm that is furnishing company, and LVMH. They don't have a lot in common. But what they have done is that they've pivoted to the hotels and hospitality industry. So, it is a really interesting pivot in that respect, and I think this is the way we must all be thinking,” he said.

Talking of similar examples in India, Ezekiel spoke about Reliance Jio and how it dominates the telecommunication space in the country inspite of not starting off as one.

“Innovative focus and approach has recently landed the brand big investments from some of the companies. Facebook has committed $ 5.7 billion for 10 years for just under a 10% stake, then there is Google investing $4.5 billion for a 7% stake. So we must future-proof our clients and those on the line which includes agencies and brands as well. Something that is so exciting about the agency landscape at the moment is our ability to be able to work with our clients and make them future-proof. Brands have pivoted into categorization and this is something we think a lot about at WPP. You know telco has evolved into retail, travel into healthcare and so on and so forth,” he said.

He quickly threw in another example of innovation and adaption and mentioned Uber and how during the pandemic they did a fantastic job of pivoting from rides to eats.

Alongside e-commrce, adoption of a cashless society is a huge topic around the world  according to Ezekiel. “It's an even bigger topic in APAC and India in particular. But we're shifting away from cash into cashless, that's for sure. There's no question about that. And it is a big topic. India itself has great leaders in that area like Paytm and Phone Pe,” he said.

His final example of brands redefining marketing with innovation was that of Wunderman Thompson's with Mac cosmetics in China. “There's no such thing as a global brand and brands must be both global and local,   as innovation happens locally as well as globally,” Ezekiel  added.

Innovation, technology and talent are some of the key areas that WPP focuses on Ezekiel said.

“One of the reasons there's never been a more exciting time is because we are now a  more inclusive industry that takes on broader sets of talent that can all play and all will play a very important role. I think that's a very exciting prospect actually for WPP globally and in India,” Ezekiel added.

Neeraj Sangani is CEO of Hansa Customer Equity
52 minutes ago 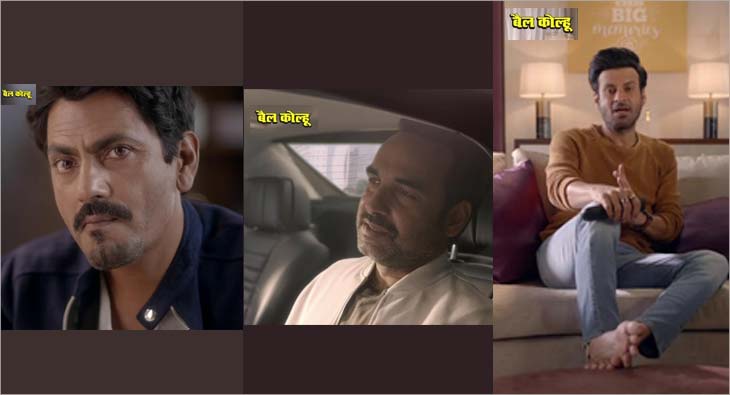