The likes of Policybazaar, HDFC Bank, Max Life Insurance and AMFI have been seen capitalising on the big-ticket property

While banks have always endorsed individual sports personalities, over the years companies in the banking, financial services and insurance (BFSI) sector have been leveraging on the popularity of sporting events — be it badminton, football, wrestling and even cricket for the blind — in order to build a connection with consumers.

That said, while there is a spate of brands flocking IPL 2020 and capitalising on its popularity, the insurance category has emerged as one of the big spenders this year. An industry watcher on the condition of anonymity shared that BFSI brands have stepped up their spending on IPL by 40-45%.

Now is the time

While most brands were curtailing or putting a pause on ad spends due to the strain that COVID-19 has put on businesses, brands in the finance space have still opted to go all out to reach out to the captive audience even through the lockdown. “The category that generally spends over Rs 150-200 crore on IPL is increasing its spends two-fold this year,” an industry watcher shared.

Gautam Surath, SVP, Starcom, agreed that overall this year it is likely to be a two-fold increase in the category spends on IPL, owing to a couple of reasons. “Given that the June-July quarter was completely blank and with the festive season ahead of us, brands are pooling in those spends at this time. To add to it, this year Star has been offering even smaller packages offering more advertisers to leverage IPL which has attracted more advertising,” he explained.

According to a report by dentsu International, while the FMCG sector spends the highest (30%) on advertising, the biggest spenders on digital are BFSI (42%), followed by consumer durables (38%) and e-commerce (37%).

Titus Upputuru, National Creative Director, dentsu One and Creative Head, Taproot, feels that IPL with its high adrenaline content along with the auction of players etc., seems like a perfect setting to bring the much-needed drama and attention into this sector.  “Besides this year, IPL is coinciding with the festive season and thus is offering a collective good opportunity to drive demand and revive the economy,” he observed.

However, Upputuru noted that there will be a lot of clutter in this space with numerous brands advertising to make their presence felt. “Therefore, it becomes imperative for brands to leverage their presence to the hilt as against just being content with their presence. Yes Bank, for instance, had used sponsorship of ‘sixes’ called Yes Bank Maximums to focus on its six per cent rate of interest for savings accounts. Such kind of innovative product messaging will help better,” he said.

Meanwhile, Sanjay Mehta, Joint Chief Executive Officer, Mirum India, hinted that the approaching festive season does add to the generally positive sentiment, something that explains the category’s advertising blitz this IPL. “The timing connects with the festive period as well. The large draw to the event does present a good opportunity to connect and like every other brand, BFSI also sees an opportunity to reach the consumers en masse. And finally, the market sentiment itself. We are at 40,000+ Sensex levels all over again. A perfect opportunity for BFSI to be aggressive, strong and grab eyeballs,” he said.

Insurance aggregator Policybazaar has upped its ad spends on IPL this year and has been launching ads featuring brand ambassador Akshay Kumar. Sharat Dhall, COO, Policybazaar.com, revealed that 60 per cent of the company’s overall marketing spend goes on television and that IPL will get a lion’s share of this spend. “We are also spending quite aggressively since the very beginning of this fiscal year and have been on TV for 3 out of every 4 weeks.

With most TV channels still not being back to 100% fresh content, people are starved for fresh content and live cricket action comes as a major relief for viewers. Indian audiences consume cricket content very well and this is a live sporting event after being in lockdown for 7 months now. IPL is something, which has the entire family’s attention and brings the whole family together. If you look at the ad campaigns being run by the network, they too revolve around the concept of collective viewing. Therefore, we expect that the family viewing will be higher this time and this led us to invest more on IPL this year,” said Dhall.

With Covid-19, the BFSI sector has been adversely affected with domains like NPAs, bank loans, and stressed assets being some of the most impacted. Aalok Bhan, Director & Chief Marketing Officer, Max Life Insurance, noted the consumer and brand sentiments were affected due to COVID-19, but with IPL on players in the category are looking forward to a positive spin on the sentiments. “Life insurance is typically associated with the fear of death, hence the association with cricket will pivot the sentiment and reinforce the need for protection,” he asserted.

Bhan further said that last year the brand’s IPL campaign was extremely beneficial for the brand as it helped up brand considerations by 20-25% and helped it connect with the millennials. He revealed that when compared to last year the brand plans to capitalise on digital in a big way and has increased its marketing investment in that space. “Indicatively, pre-COVID and last year, we were close to a 50:50 ratio between digital, social and traditional. Digital is here to stay, now our budgets have taken a 70:30 approach towards digital vs. traditional mediums,” Bhan revealed.

Another player — ACKO General Insurance released its latest IPL campaign with Javed Jaffrey "Car Insurance Ke Tedhe Games” and for the first time has forayed into team kit sponsorship with Delhi Capitals. The brand is also crafting multiple interesting digital content pieces featuring favourite faces from the team which would be released at different times during the IPL tournament.

Ashish Mishra, Executive Vice President - Marketing, ACKO General Insurance, says the insurer’s sports category spends are going up in a bid to drive brand discovery and provide a massive boost in brand awareness. “IPL is one of the biggest sporting events globally with unparalleled viewership and interest. Also, as it's the first cricket opportunity with Indian players, since March, and we expect a higher level of viewership. Not only is it coinciding with the festive period, but it's also the first big cricket tournament for the people to enjoy. It is a big platform for ACKO to build awareness at scale in metros and beyond,” he noted.

‘IPL, over the years, has demonstrated its excellence as a marketing platform’
5 days ago

When you take a step, we all move, says Levi’s’ new campaign with Deepika Padukone
14 hours ago 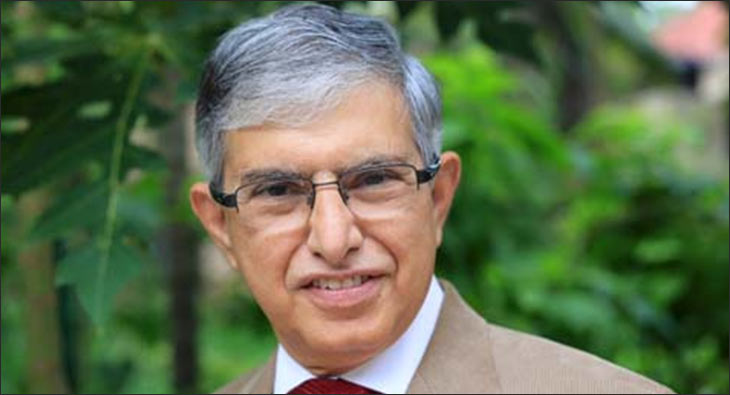 ipl ‘IPL, over the years, has demonstrated its excellence as a marketing platform’
5 days ago