One day into the five day World Wide Developers Conference, Apple brings out a lot of major announcements that are changing the face of their iPhones and iPads, as part of their strategy for a 'post PC' world.

The Apple WorldWide Developers Conference, being held from June 6 to June 10 was kicked off last night with a keynote by Steve Jobs, and already there’s a lot of news coming out of the conference. Much of what has been revealed was expected, but the world’s largest company had a few surprises in store as well.

The first reveal was of the anticipated iCloud music service, which enters into the fray along with Amazon and Google. However, because of the strong reach of iTunes, along with their long standing relations with music publishers (an area which has been difficult for both Amazon and Google), Apple might have a powerful advantage. Right now though, the service allows users to share data (music, mail, contacts and calendar) easily across all of their Apple devices.

The service, which will launch officially this fall, will replace the MobileMe service, and will be free unlike MobileMe. Apple also unveiled iOS 5, the latest operating system for iPhone, iPad and iPod Touch devices, which is a major update in many ways – least of all being in ushering in Jobs’ promised 'post PC' world.

Today, people still need to connect their iPads and iPhones to their computers to receive OS updates from Apple, along with some other data sharing options as well. iOS 5 changes this, allowing over the air updates.

Even more interesting, iOS 5 will also feature strong integration with Twitter. Much like you can set up email, you will be able to set up Twitter, and then apps can use the account, or users can share pictures and websites very easily.

Apple also revealed their new OS for the Mac desktops and laptops. OSX Lion also supports iCloud, and is only being distributed through the Mac App store, which is another interesting move.

Aside from taking on Amazon and Google in the cloud space, Apple also took a shot at RIM, with a service which looks a lot like a better version of BBM. Apple has launched iMessage, which will allow iOS users to connect in a similar fashion, but with photo and video sharing as well. Interestingly, a lot of the software announced by Apple, such as Reading List, iMessage and iCloud, (and a split Keyboard for easier thumb typing on the iPad), while clearly adding a lot to the core functionality of iOS, are going to hurt third party app developers. Whether this will cause an exodus from the app store, or drive new innovation is the question.

'We see a longer-term trend towards people seeking reassurance, trust & quality'
13 hours ago 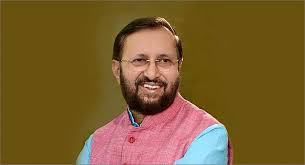 digital ShareChat in talks with Tencent to raise $200 million via OCD: Report
10 hours ago