Here’s how brands have prepared for the cricketing extravaganza

From experiential zones to activities revolving around the game on digital platforms, brands are continuously pushing the limit to establish connect with the sport as well as its target audience

The biggest cricket extravaganza, ICC World Cup 2019, kicks off today in England and the excitement among the fans is at its peak. While sport lovers get ready to breathe and live cricket for the next 50 days, brands too are ready with their plans to cash in on the craze.

exchange4media spoke to some brands who are not directly associated with the World Cup to understand how they plan to leverage the fervour.

Scores of brands have invested heavily on advertising & marketing on various digital platforms and have planned enticing campaigns both for mobile as well as web.

From experiential zones to activities and offerings revolving around the game, brands are continuously pushing the limit to establish connect with the sport as well as its target audience.

Explaining the campaign, Dhingra said, “Every week, The Man Company will conduct two contests across all its social media platforms. Winners will be rewarded with special limited-edition gift boxes worth approx Rs 2,500. The Man Company will also be awarding ‘The Man of The Tournament’ to users who participate in all the contests during the 45 days.”

“Considering our core audience, we have intended to do something exclusive from May 29.  The campaign will be played out heavily on Facebook, Instagram and Twitter. We also have some offline channels at salons. We may have few tactical promotions on days when India is playing. There will also be exclusive merchandise for our target groups,” he added.

Speaking about the investment, Dhingra said, “We generally spend around 40 per cent of our revenue on advertising during the World Cup, but this year, we have set aside around 35 per cent of the revenue. The percentage would be nearly same for the digital space. For ground activation, we have tied up with over 400 salons and retail partners such as Shoppers Stop and Central.”

Mrinal Mohit, Chief Operating Officer, Byju’s, too believes that cricket offers a fantastic platform to brands to maximize visibility. “In terms of mediums, we have seen that TV, when used simultaneously with social media, amplifies our ROI. Hence, we will also be sharing timely and relevant communication across our social media handles. There is always a surge in digital activities whenever a big event like the World Cup happens. All our efforts will be focused on ensuring that we reach out to a large set of audience,” he said.

Mohit further added, “We will be spending 15 per cent of our marketing budget on the ICC Cricket World Cup 2019. We have spent about 20-25 per cent of our digital market spends on our brand promotion. We are also planning to spend more on regional campaigns.”

For Rebel Foods, the recently concluded IPL led to a massive growth in sales and gave a louder voice to the brand through the ‘Oven story pizza’ campaign. To keep up the momentum and engage users, the brand has planned an exciting multi-level campaign called 'World Cup with #NextLevelCheese' which is loaded with giveaways and will be heavy on engagement. The brand has also partnered with various media houses for content integration.

Speaking to exchange4media, Sagar Kochhar, Chief Marketing Officer, Rebel Foods said, “We will be launching a multi-level social media campaign called 'World Cup with #NextLevelCheese' which has a lot of content based on cricket. This includes fun cricketing trivia, interactive contests and gripping quizzes. We will be directly interacting with our followers with fun and interesting content along with giving away loads of vouchers and goodies to keep them hooked to our channels. The grand event will be announced within this week and will build up with special surprises during India matches and even more towards the semis and finals.”

When asked about the marketing mix, he said, “We are a digital-first brand, so our major focus will be on online platforms such as Inshorts.  We have partnered with various media houses such as Big FM & Fever. Additionally, there are more partnerships in the pipeline.”

“We are going strong on social to make the campaign strong and cost-effective. The brand saw a huge spike in sales from IPL and ISL, so we are definitely counting on a great surge in the coming weeks. With this integrated outreach and campaign, we are looking at three times more volumes compared to campaigns run during IPL,” Kochhar added.

For Snehil Khanor, Co-founder & CEO of TrulyMadly, the brand is urging its users to up their dating game via ICC World Cup. The brand has pumped around 90 per cent of its revenue into social media campaigns.

“Truly Madly has reformed its marketing and advertising strategy in terms of ad spends and we will be giving 75 per cent off on paid features such as Spark, Insta Spark & TrulyMadly Select to all its user’s every time India wins a match,” said Khanor.

Puma India will be doing 360-degree executions that will span ATL (radio, OOH, print), social media platforms such as Facebook, Instagram, Twitter and digital platforms such as YouTube. Ground activations will also be carried out to create buzz throughout the cricketing season.

He further said that Puma will allocate 90% of the overall marketing budget in the digital space for its campaign.

Gulf Oil too has launched an immersive 360-degree campaign which is trending on social media platforms. The campaign is specifically designed for motorcycle oils segment. According to Anuradha Bose, Strategic Brand & Marketing Officer, Gulf Oil Lubricants India Ltd, the brand is inviting entries for an interesting contest.

“Participants have to cheer for India, come up with an innovative slogan and post it with #cheerwithpride and get a chance to go to England. There are also loads of other goodies to be won, including original World Cup merchandise,” Bose said.

The Irish House has launched a Special 'Season Pass’ to sort match screening plans of cricket lovers for the entire World Cup. The pass will be priced at Rs 500 and will entitle the holder to a complimentary beer/shot/platter on the first bucket/tray/platter of 4 or 6 ordered during the game. There will also be a 10% discount on the food (on a minimum food billing of Rs 500 from the A La Carte Menu).

Festive marketing offensive: Should brands stay away from religion?
1 day ago

Digital is exploding in India like never before: Sunayan Mitra, Nestle
1 day ago

Chingari will be the first platform that will not be monetised through ads: Sumit Ghosh
1 day ago 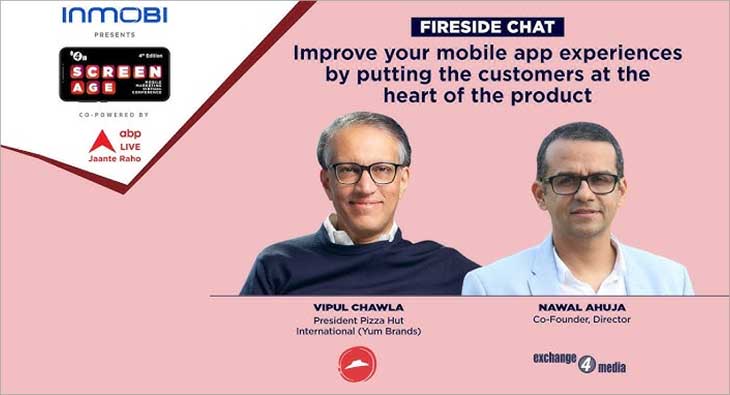