It was just the beginning of the digital promotional initiatives for the movie starring Shahrukh Khan, Anushka Sharma, and Katrina Kaif. Since the launch of the trailer of the movie on November 2, the makers of the film have been innovating on every major digital platform to promote this blockbuster.

Zero has become the first Bollywood film to utilise Amazon Alexa, develop a Snapchat filter, and even create a Whatsapp sticker pack. Red Chillies Entertainment seems to have pulled all stops for the digital promotions for Zero. The partnership with YouTube Originals’ ARRived to hunt for the voice of Zero was another ace move from Red Chillies. The show kicked off on November 7 and the live finale will stream on December 19. Aided by outdoor and digital promotions it ARRived was hard to ignore and created widespread awareness about the show and the movie Zero. 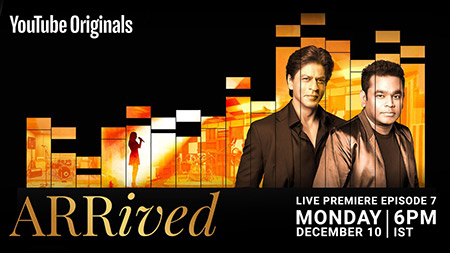 The reason the production house has expanded its digital promotions and innovated on the various formats is to “build conversations and engagement,” says  Binda Dey, Head Marketing, Red Chillies Entertainment. She further says, “for entertainment content push advertising typically does not work, since there's an inherent pull for the content. Therefore, we use content and engaging experiences to make the marketing more effective.” While the promotions do seem digital heavy, in the last leg of the campaign Red Chillies will do an 18-city tour in addition to television appearances.

She further says that the spend on digital is growing in the entertainment category. But the buzz on social media is disproportionate to the spend. “We benefit greatly from organic social media buzz because people are naturally more inclined to consume the content,” she adds. According to industry estimates, Red Chillies could be spending around Rs 3 crore on the digital marketing of the movie with a total budget of Rs 30-40 crore.

Dey believes that digital promotions must go beyond the banner ads. “We must use digital to engage with people effectively and make them more inquisitive about the content of the movie than just building awareness about the movie through banner advertising.”

This is why Red Chillies has leveraged the different capabilities of platforms like YouTube, Twitter, Whatsapp, Snapchat, and Amazon Alexa in specific ways to achieve the right KPIs for the campaign.

On Twitter Shah Rukh’s character in the movie, Bauua Singh has a handle of his own. Through this handle, Bauua has been striking conversations with celebrities, fans, and Shah Rukh himself in his inimitable style. Fans can also send their photos to Bauua and receive a customised digital artwork of them with Bauua on Twitter. The tweets from Bauua which are all conceptualised by the writer of the movie Himanshu Sharma are a hit with the fans. “People have loved the Bauua Twitter handle and have requested us to continue with his handle even after the release of the movie,” reveals Dey.

As voice gains popularity among users presence on Voice Assistants and Smart Speakers is becoming a norm among brands. Similarly, Zero too has experimented with voice. With Amazon’s Alexa users can request Bauua to deliver shayris or movie dialogues using the Bauua from Zero Alexa Skill. This is a first-of-its-kind interactive skill developed for a Bollywood movie. Explaining why the movie makers chose to use a smart speaker to engage with users Dey said, “Bauua’s character has a very interesting tone of voice. We decided to use his quirk and wit because it’s an unique quality of his character.”

With every innovation, Red Chillies has found the apt combination of content and technology to engage with consumers. On Snapchat people can become the main character and interact with the plot line of the movie. Incidentally, Shah Rukh Khan made his Snapchat debut as an Official Story on November 2.

Thanks to @Snapchat @BauuaSingh can take Aafia & Babita for the movie #Zero on 21stDec... Apni aankhon mein bithake...for my eyes only... pic.twitter.com/OX0fXcUx4v

Red Chillies has also introduced gamification through an engagement program, called Bauua Ki Toli. To take part in the contest fans need to create a profile on the website Bauua Ki Toli, connect their Facebook and/or Twitter profiles, and interact on the Red Chillies Entertainment pages daily to earn more points. With each activity that they complete, fans get closer to Bauua Singh and stand a chance to meet the star cast of ZERO.

Shah Rukh Khan is a trendsetter. It would hardly be a surprise if Zero’s varied marketing innovations now become hygiene practices in the A-list Bollywood movie promotions.