ALTBalaji cash burn has come down to Rs 8-10 core a month: Management

Balaji Telefilms management has said that its subscription video streaming platform ALTBalaji is burning less cash than it used to do initially. ALTBalaji's cash burn has reduced to Rs 8-10 crore a month. The management asserted that the cash burn is reducing further.

"If you see the run rate, TV always contributes over Rs 50 crores of EBITDA. Motion Pictures is de-risked as far as we are concerned. It's ALTBalaji cash burn which was over Rs 100 crores which has now come down to the bare minimum. So, now my cash burn on ALTBalaji is closer to Rs 8 or 10 crores in a month and it is depleting. So, as we speak my last quarter run rate of cash burn was only around Rs 17 crores on a cash basis. What you are looking at P&L, it has also an amortization lag which comes from the earlier years," the management said during the Q3 earnings conference call.

The management also emphasised that launching new shows is critical to onboarding new subscribers as well as retaining the existing ones. ALTBalaji is adding 22,000 subscribers per day, however, that number drops to Rs 8,000-9,000 a day when there are no new launches. In Q3 FY21, ALTBalaji saw the highest ever subscriptions being sold at 1.6 million.

ALTBalaji's churn rate is anywhere between 60 to 65% with the rest of the subscribers getting retained. "This is not cancellation of orders. This is just after their subscription elapsed. That's the retention we're talking about. So nobody's cancelling the subscriptions that they've got, they usually go towards the end. So if somebody takes a three-month subscription, or a six-month or a three year they end the subscription, and 35% of that definitely gets retained."

Talking about the content arrangement with ZEE5, the management said only 10% of the ZEE5 contribution gets booked on the topline. "For every Rs 100 spent on content Rs 50 is reimbursed by ZEE5. So straight away that doesn't come into our P&L but it goes into the receivable. So the inventory gets depleted, you show that as a receivable. Rs 10 is something which we account as a revenue."

The management is confident that ALTBalaji will maintain a revenue run rate of Rs 10 crore every month. The company further stated that it needs to clock Rs 14 crore a month to clock in a profit. The management is confident that ALTBalaji break-even will happen in FY22 in the first half of the fiscal. However, that depends on a couple of factors like new show launches and cheap data.

"One is that we keep continuing to put out shows the same way that we are doing right now, which is definitely going to happen. So that's one and second, the internet continues to remain free in India or at very low rates. If operators start hiking their rates or something happens on that front, then you know, that consumer acquisition might slow down because people want to watch the shows without paying anything for the internet. So you know, these are two important factors. The first one is controllable from our end, and we will launch at the rate of roughly three shows a month. But the second factor is something that is environmental, and you will have to closely monitor regulatory environmental factors," the management noted.

ALTBalaji plans to clock revenue of Rs 150-170 crore on a cost base of Rs 150 crore in a year. "And if we start clocking Rs 14 crore revenue average every month, we are at least neutral on that and we'll break even. Right now we are at an average of around Rs 10 crore. So that's the way for us to go to make this business successful on a very, very basic thumb rule level."

ALTBalaji has an aggressive film slate for the next 8 to 12 months. It has de-risked itself by recovering 80% of the cost by selling rights. It has done deals with streaming platforms for the existing slate of ready films.

"We also expect to see a lot of rush by producers to target the windows for release and feel that the movie business would see some element of fluidity for the next 8 to 12 months. We were able to complete the sale of existing ready movies at a reasonable profit to digital platforms and cycled the Capital without incurring any loss. We have a number of exciting projects and given the nature of COVID-19, we expect these to release over the next 12 to 18 months and hence believe it will be necessary to continue to follow a de-risked strategy using pre-sales and co-production agreements," the management said.

"I think by preselling the rights of most of our movies, we are already covering about 80% of our production costs. Now what we have to see with theatres is that how do we take the marketing which is called P&A, costing movie terminology, and the extra 10% of production costs how do we recover. So that much is not at stake, in terms of release. Our first release actually is going to happen only at the beginning of next calendar year. In Jan-Feb-March of next year. So we do have a lot more time to study that situation. Meanwhile, we have de-risked the business by advance sales of rights."

Influencer marketing is now a must-have for corporates: Vijay Subramaniam
50 minutes ago

IPL ads: Will adland hit more creative sixers amidst another lockdown?
51 minutes ago

Influencer marketing is now a must-have for corporates: Vijay Subramaniam
50 minutes ago 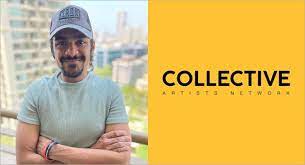 digital Influencer marketing is now a must-have for corporates: Vijay Subramaniam
50 minutes ago