The Advertising Club has announced the list of its Managing Committee members for the year 2018-19. Vikram Sakhuja, Group Chief Executive Officer, Media and OOH, Madison Communications, was re-elected as the President.

Speaking on his re-election as the President of The Advertising Club, Vikram Sakhuja said, “Leading an industry body with such rich legacy as that of the Ad Club has been an enriching experience. Over the past one year, we have focused all our initiatives towards recognising excellence, driving thought leadership, being a repository for marketing & advertising and attracting young talent into the industry.”

In the past year, the Ad Club has taken considerable measures to ensure actionable impact in its four identified areas.

Elaborating on this, Sakhuja said, “In the area of excellence, we have ensured gold standards in effectiveness with Effies, creativity with Abbys, media with EMVIES and marketing with Marquees. Driving the agenda of thought leadership, we introduced Digital Review- D-CODE, to attract young talent. We are about to unfold a communication focused Hackathon, and encourage knowledge repository through case study sharing and knowledge series events. I am thankful to the excellent members of the committee who have consistently supported every initiative of the Ad Club and helped us drive the narrative of excellence for the industry.”

This year’s list of managing committee members include leaders from the media and marketing industry. The elaborate list is mentioned as below: 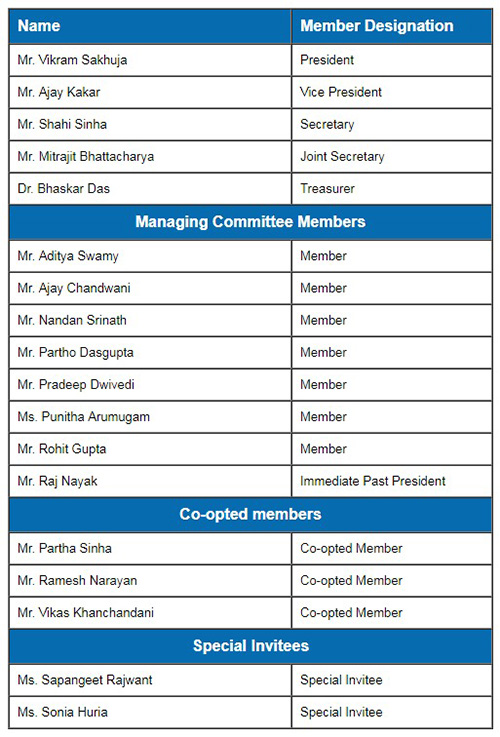