Released on Twitter on Saturday, the witty campaign has managed to grab people's attention with the creative now going viral.

Online restaurant search and food ordering app Zomato has always impressed everyone with its witty one liner ad campaigns. This time, it has taken a sarcastic jibe at Salman Khan over the black buck hunting case. The ad campaign, with its funny creative, has gone viral.

Released on Twitter on Saturday, the creative has done a clever mockery of Salman’s bail plea in the case.
“Bhel delivered faster than bail”, reads the copy, claiming how fast they are when it comes to delivering food in the shortest time. Salman Khan, who was convicted in the case, did not get bail in the first hearing and had to spend two nights in jail.

Meanwhile, while the actor was inside jail, marketers and members of the film industry spoke about how the case might affect his brand value. Salman is currently working on four films. One of these being Race 3 which is expected to hit the theatres around Eid. He is also the face of the third season of 10 Ka Dum, a reality game show on Sony TV.

While the industry was waiting for Salman’s bail with bated breath, Zomato came up with this funny one liner ad and managed to make everyone laugh.

This is not the first time Twitterati is discussing Zomato’s latest move on social media. Earlier, the brand made headlines with its quirky campaigns such as ‘MC.BC’ (Mac n’ cheese, butter chicken), ‘Oonchi hai building? Lift Teri Band Hai?’ and ‘Acche din are finally here’. People spotted these OOH campaigns and complimented the brand for the clever use of words.

Tanya Chaudhary, Manager Brand Communications, Madison, said,  “The series of ads and now this one by Zomato are definitely cheeky and witty. I believe it should be taken in a good spirit. Raising pertinent questions or using pun to address an ongoing issue in the society does not harm anyone. This is a classic case of intelligent advertising and usage of apt word play in its body copy by a brand to start a conversation. Hence, the virility of this advertising across mediums is quite high; which is a win-win for the brand’s marketing and sales.”

While some got impressed, others were not.  Aman Abaas, CEO, Commwiser Consultant, has a different take on this, as he said, “I think it’s a comment on court procedure and not Salman Khan. Just because two words rhyme, it doesn’t make a funny copy. It’s a bad example of copying another brand’s advertising on topical issues.”

Here’s how the Twitter world reacted to the ad: 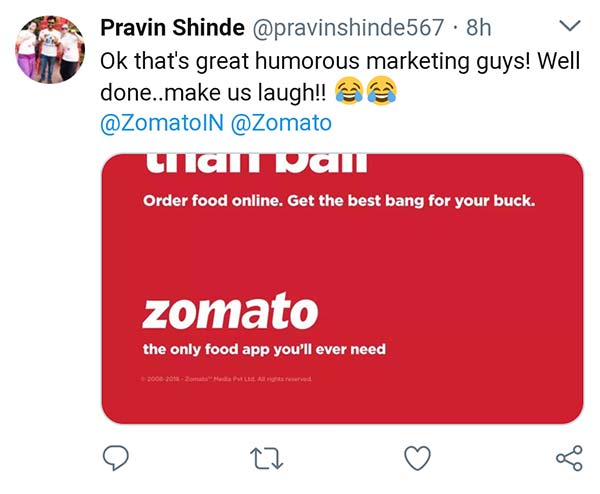 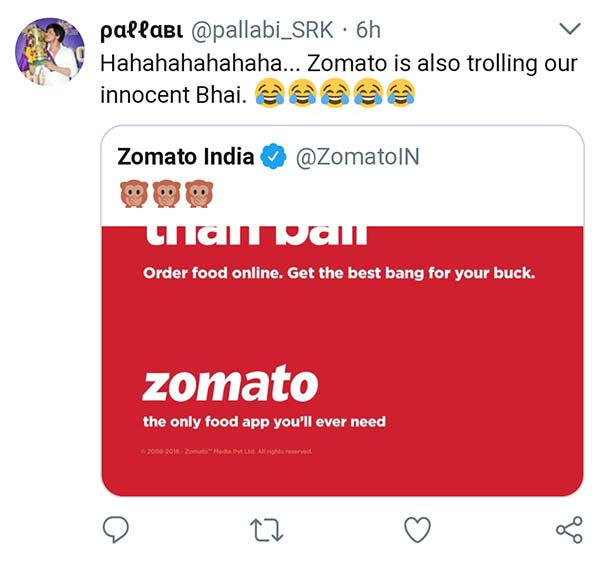 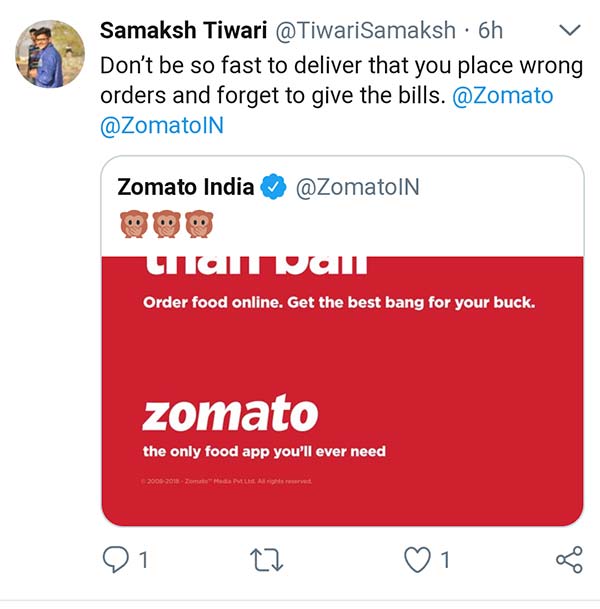