Experts believe that print, radio, and outdoor are also expected to recover some lost ground due to aggressive spending by advertisers across categories

After a sharp recovery in the second half of 2021, the Indian advertising industry is expecting a strong double-digit growth in overall advertising expenditure (AdEx) in 2022 due to the entry of new advertisers in the form of consumer tech companies and the increase in media spends by the traditional advertisers. Experts believe that digital and TV will drive the AdEx growth however print, radio, and outdoor are expected to recover some lost ground due to aggressive spending by advertisers across categories.
The above hypothesis is based on the premise that there won’t be any major disruption in the economy due to Covid-19. However, the rising cases of the new coronavirus variant Omicron remain a key concern for media platforms, advertisers, and agencies.

ZEEL Chief Growth Officer – Ad Revenue Ashish Sehgal believes that the AdEx will grow at 15% in 2022 if things continue to be as they are and there is no disruption. He further stated that TV AdEx in 2022 will be driven by new-age advertisers, elections, growth in yield of ad inventory, FTA, GEC and movie channels across Hindi and regional markets.

“AdEx had shrunk by 25-30% between April-June due to the second wave. If we don't have another Covid-19 wave in 2022 then that itself will add 3-4% growth to the overall AdEx because AMJ is the second-biggest quarter after the festive quarter which is OND,” he stated.

While digital and TV are expected to be the biggest gainers, print will also see significant growth on a lower base. “TV and digital will drive the AdEx growth, but this time print will also see growth, and this will also add to the overall growth. Print will regain some of their lost AdEx, but it's difficult to predict the extent of recovery. Print has been growing well since September,” Sehgal noted.

Sehgal noted that the combination of new and traditional advertisers bodes well for the advertising ecosystem. He also expects categories like travel and auto to start advertising in a big way which will add to the overall AdEx growth. “FMCG has increased its digital ad budgets, but they have not cut back on TV. The overall spends by FMCG on media has increased, so TV has not seen any reduction on investments by FMCG. TV AdEx will grow, but the percentage will be lower from FMCG and the percentage will be higher from Tier 2 and 3 clients. The new-age companies will spend more money as they want to reach critical mass,” he averred.

For TV, the growth will come from an increase in pricing since the ad inventory is limited and the entry of new-age digital brands has pushed the prices up. “AdEx growth in 2022 will be through yield. That era is gone where agencies made plans on the basis of pricing. After the drop in AdEx growth, the advertising demand is being driven by the new breed of advertisers from the tech space. These advertisers are now competing with traditional advertisers for that space on television. This is slowly pushing up the prices,” Sehgal said.

“Television will continue to remain the most popular and robust media in India despite the pandemic. Ad Volumes on Television will continue to post healthy growth, we already saw this trend in H2 of 2021. Historically, marketers have been leveraging the power of TV to raise the visibility of their brands. Even the newer categories such as the edtech, fintech, ecommerce and now the cryptocurrency advertisers have also ridden on TV for quick reach and awareness. TV contributes to almost 40% of media ad spends and has recovered well. Ad revenue did see a sharp decline initially but managed to bounce back with new content, sporting events such as the Indian Premier League (IPL), World Cup, and an upbeat festive season with many Impact properties,” she stated.

Within digital, Dwibedy believes that OTT, search, video, and voice are expected to do well. “For brands and marketers, this presents a stronger opportunity to explore a full-funnel brand strategy. Should see more tech innovations next year, newer platforms & innovations. Digital will be the key medium for digital-first brands and consumer tech companies. More D2C brands would enter the market, existing emerging categories would expand further with more brands entering the space.”

She also expects traditional media categories to fully recover in 2022. “Expecting a full recovery of Print and Radio, in addition to their strengthening their digital wing. OOH & Cinema should swing back. All these would happen provided the year goes smooth without another round of the pandemic.”

According to Dwibedy, Connected TV has emerged as a key medium for reaching out to premium customers. This segment will see significant growth in 2022. “During the pandemic, Connected TV was established as a video source for millions of viewers. Even as the growth of broadband connections is stagnant, marketers have started focusing on CTV. Steady growth in CTV is expected.”

DDB Mudra Group Country Head & Managing Partner – Integrated Media Rammohan Sundaram said that the agency expects the AdEx growth to be in the 10 to 12% range. “As an organisation we are seeing growth in the range of 20% with our set of clients in terms of AdEx however at an industry level, I believe it will be in the range of 10-12% in 2022.”

For him, some of the key takeaways from 2021 are the sporting events which had a huge impact and non-fiction properties that attracted a host of new advertisers. Further, the ad dollars spent by consumer tech companies has been unprecedented. “Due to Covid-19, digital adoption has naturally surged which led to digital/consumer tech companies to spend a lot of money on advertising leading to a growth in AdEx,” he added.

He believes that radio will see a lot of innovations going forward whether it be podcasts or providing value additions to advertisers through their digital presence and RJs going out of the way to create engagement with the audiences.

According to a top-level official from a leading media conglomerate, the AdEx growth in 2021 might be 6-8% because a lot of advertisers didn't spend fully in 2021. He, however, added that the AdEx should grow at over 10% in 2022. He also stated that the growing gross ad revenue of Google and Facebook is posing a big challenge for traditional media companies.

“Polarisation is definitely happening and only the big properties are able to stand on their feet. Everywhere else there is a massive pressure and that market is being taken mainly by Google followed by Facebook. Google and Facebook are getting a lot of new advertisers. Our estimate is that 40-45% of what Google is getting is from new advertisers like Small and Medium Businesses (SMBs). I don't think Google and Facebook are eating into the existing ad pie. At the same time, they are putting pressure on conventional mediums on how to grow. Not just conventional, even OTT platforms are feeling the pressure due to the growth of duopoly,” the official said.

To protect their turf from getting encroached by Google and Facebook, the official has suggested that the digital arms of most media companies should do a lot better than what they have done so far. “Apart from investing in ad tech, digital platforms should also provide better branding options. The real money that TV has is in branding.”

According to a veteran ad sales professional with a large media company, most broadcasters will post 10-20% growth in ad revenue in 2021 due to a strong second half. He also said that TV will attract a diverse set of clients due to its inherent strengths. He believes that print and radio will also see growth in 2022.

“Any brand which wants to build large scale credibility will have to come to TV. Digital enables performance marketing, but brand building happens on TV. If you look at all the unicorns and the consumer tech companies, they are one of the biggest advertisers on TV. A lot of growth generated by TV industry in 2021 is thanks to brands like Byju's, Cred, PharmEasy and Vedantu. My view is that most of the broadcasters will post ad revenue growth between 10 to 20%. Even mediums like print, radio, and outdoor are growing. Is their growth commensurate to pre-Covid levels? Probably not but it is more than what it was last year,” he added.

Mirum India Director of Media Preetam Thingalaya pointed out that 2021 will be a break-even year for AdEx due to revenge spending by advertisers. He also said that one of the key trends during the year was the fact that the online industry was advertising heavily on traditional platforms while traditional advertisers were using digital in a big way. According to him, Google, Facebook, OTT, and short video platforms saw tremendous growth in 2021.

“There has been a paradigm shift in the industry. The consumer tech companies were big spenders on advertising in 2021. These companies have played a big role in pumping up the overall AdEx. There are still a lot of advertisers who are not spending as heavily on advertising. Edtech, gaming, and cryptocurrency platforms have spent a lot of money on advertising across mediums. Many of the new-age advertisers have overtaken some of the traditional advertisers in terms of overall spends,” he stated. 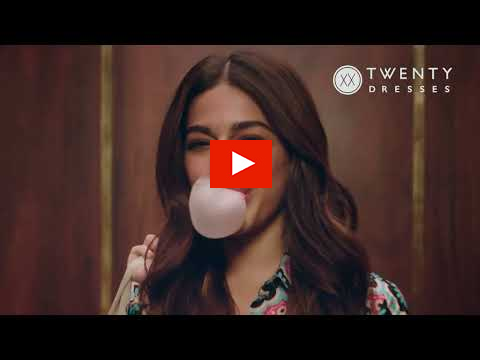