HUL responded with a newspaper advertisement of its own, which claimed Dove is the No.1 dermatologist-recommended brand

Personal care brand Sebamed in its recent advertisement claimed its cleansing bar is better than the soaps that its competitor Hindustan Unilever offers. While ads very often claim that a particular company's products are superior. However, Sebamed has directly named HUL's brands such as Dove, Rin, Pears and Lux.

In video commercials shared on YouTube and on Sebamed India's Twitter handle, the company claimed its cleansing bar has a Ph level of 5.5, lower than that of HUL's Dove (7) and Lux (10).

Sebamed also used the same marketing strategy in advertisements shared in newspapers and on Twitter.

The brand has released its latest ad which sees women lounging around in a bathing area setting in luxurious clothes (often seen in beauty soap ads).

They explain that beauty soaps such as Lux, Pears, and Santoor have the same pH levels as dishwashing soap bar Rin. They place a strip of litmus paper on all the soaps in question to illustrate their point.

The campaign is titled Filmstars kee nahi, science kee suno - a clear reference to Lux soap which has always been known as the 'filmstars soap' in the past.

"The personal care industry has always been conditioned to follow standard beauty practices in order to make it appealing to consumers. However, when we came across Sebamed and what the brand wanted to convey to its consumers, we decided to communicate the product truth through our campaign, without any silver coating. Striking the right balance between the bandwagon fallacy and authenticity, the brand is building a connection with its consumers through demonstration-based advertising with an honest approach," The Womb, the agency that conceptualised the campaign, told Exchange4Media.

As for HUL, it responded with a newspaper advertisement of its own, which claimed dermatologists trusted Dove. The brand’s response to its competitor says, “Our brands are best-in-class & deliver fully on the promises...backed by strong tech, science, clinical evidence & decades of expert and consumer-backed testing, enjoying strong brand loyalty. We will take suitable action as we deem fit.”

Reminiscing about good ol’ days at Cannes Lions...
1 day ago

Will the show go on? Broadcasters stare at disruption in GEC programming due to shoot ban
15 hours ago

IPL is the time when we are at the peak of our brand activations: Nipun Marya
15 hours ago 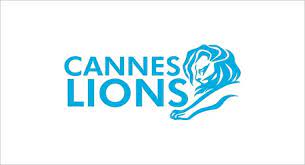