Guest Column: Aman Gupta, Managing Partner and Co-founder, SPAG Asia, says that using communications in a way that engages consumers with your messaging and leaves no room for speculation is an art

It was only last month that we woke up to full, front page ads screaming at us saying:

Now, I’ve spent over two decades of my life as a communications professional and waking up to this “trust us” ad staring at me from every mainline I picked up, made my inner skeptic very uneasy. My first reaction: Okay, but why should people believe you? This question nudged me as I read that dreary page full of text and text and text telling me exactly how our privacy was intact irrespective of WhatsApp’s new update. The ad was exhaustive and this was WhatsApp’s third attempt at dismissing concerns over their latest app update; which quite frankly didn’t seem to quite work because I had at least 300 people from my personal and professional network shift to Signal (another end-to-end encrypted messaging app) that very day.

This episode highlighted a trend that in the communications industry hasn’t caught on yet.

Are advertisements the best way to win consumer trust?

I don’t think so… especially when it comes to complex policy issues that are easy prey for fake news, half-truth channelling and competitive propaganda. However, this is not the only time that companies, tech companies in particular, have resorted to advertisements as their last resort to enhance consumer trust vis-à-vis policy changes.

Back in 2015, Facebook ran a massive campaign defending Free Basics in India and also issued full page advertisements in every mainline newspaper. That time around, newspaper front pages went on and on with 10 different points about “what net neutrality activists won’t tell you”. The ad campaign failed miserably as the very same activists it targeted along with hordes of netizens point by point countered Facebook’s claims.

More recently, however, we have TORF – The Online Rummy Federation – hopping onto the bandwagon. In the backdrop of concerns regarding online money gaming in India, TORF launched a huge – HUGE – ad campaign to discuss the numerous safety guidelines they have established for their members. This has been represented through a multitude of analogies advocating moderation of use. The messaging across their ads is similar – as long as you play in moderation and responsibly, you are good to go and TORF has designed tools to assist you in moderating your usage. While the messaging is great, its execution might not be very effective in influencing the online gaming policy ecosystem. And there are several reasons for that.

…Which brings me back to my original question and here is what I think:

When it comes to policy driven issues, a company needs to focus on what it is actually doing and how it is doing it rather than what people think it is doing. They need to be transparent and recognisable. More often than not, brands believe advertising works as a magic influencer’s lotion that will balm the existing trust deficit. That belief is a recipe to failure. Asking your consumers to “trust you” is not going to make them trust you. It’s equivalent to asking an agitated person to stay calm. It has an almost opposite impact and we have history books to prove how propaganda mapping such as that just does not work – not in politics, not in brand disruption and most definitely not in policy advocacy.

In circumstances where policy changes create a trust deficit among your consumer base, there is a dire need for a rational and subtle communications approach. This is the time when companies should take a coherent approach to the subject and present something that benefits all stakeholders.

There is a subtle science to building trust

Using communications in a way that engages consumers with your messaging and leaves no room for speculation is an art. It presents clarity of thought while elaborating on company values, where the company derives its expertise from, and that in turn builds trust. You can’t sell trust in an ad campaign and it is not something that’s built through screaming front page ads (and we’ve seen numerous examples of these falling flat). Trust is a company’s defining characteristic which reflects its culture. The only way to build it, be it internally or externally with consumers is to not throw it in anyone’s face. Subtlety and responsibility are key to an effective trust-building exercise.

Every policy driven issue has very clear and specific proof points. It is crucial for a company to identify these and before creating any form of communications model, put these in order. Then, you present actual information and engage. In an advertisement, information is presented, but there’s failure to engage; a message is delivered, but within an echo chamber. The idea of information-based engagement is to enter communication channels that advertisements can’t tap. These are more personal, intimate and evidence oriented.

This requires patience because trust is not built overnight. It is crucial to be creative and let conversations unfold through understated backdoor messaging. This kind of messaging effectively projects a company’s credibility and generates interest which is contrary to the impact of an advertisement that is thrust upon a consumer.

Just a thought to leave you with before I conclude: would you rather read a full, front page ad about how a policy change in an app doesn’t affect you or an article highlighting how that change in policy could affect you, with an informed discussion on how that needn’t be a cause to worry? 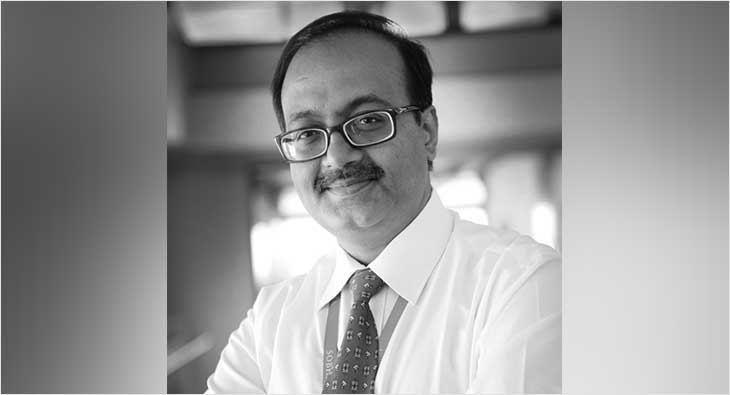