The genre picked up immensely, leading to almost 90%-95% recovery when compared to pre-Covid times, in the festive period

Ad billings in the news genre are dropping again with the festive season demand disappearing. While April-July was a slow period for the news genre, as it was for most other sectors, the August-December phase saw remarkable recovery even in the wake of controversies around TRP manipulations and BARC announcing a 12-week data blackout period. The hubbub around toxic content and rating scam didn’t impact ad revenues as marketers generously spent on the genre after a long slow period. But with the wearing off of the festive demand, the genre is again looking at falling numbers.

The genre picked up immensely leading to almost 90%-95% recovery when compared to pre-Covid times in the festive before showing a dip in number.

Explaining how the genre gained in reach and ad bills during the year gone by, Rammohan Sundaram, Managing Partner & Head- MediaTech, DDB Mudra Group, said, “TV news, especially prime-time news, is more of entertainment than news today. So day in and day out, news channels are looking for sensationalism and scoops than some real concerns that the nation would want to know. For the longest time, it was Sushant Singh Rajput case that took all attention on news channels, then came the Chinese aggression at the border and now the farmer’s protest. These get sensationalized and the rationalization of the same happens when numbers show up encouraging advertisers to advertise. The ratings following the death of Rajput saw an increase of 10% and 24%, clocking 32 crore and 2 crore reach in Hindi and English news respectively, leading to a genre GRP growth from 164 GRPs to 215 GRPs, which is a 30% increase in the genre of news,” said Sundaram.

But is all that magic of reach wearing off in the absence of numbers?

“Sensationalism does not create news, news becomes sensational. However, the former is taking precedence. Now the TRP scam official measurement systems are off, so judging anything now gets difficult and without any ratings available for news. The safe bet is to put money on entertainment, plus we had some cricket down under, which grabbed the share and hence the dip,” Sundaram said.

"The controversy surrounding TV news has had its impact on the news business. The initial phase of the controversy was also the festive period so advertisers did their best to boost sales and used news TV, but things are changing even if temporarily so. Advertisers are trying to look for more controversy-free mediums like GEC and sports. The WhatsApp leaked chats also made an adverse perception in the minds of the advertisers. In a surcharged environment, they are more willing to park the money elsewhere than news till things calm down," said another expert.

Absence of data however is not the isolated reason behind the lull.

According to experts, most of the advertisers spent their ad dollars in the festive period between October and December and as a result January saw a dip in ad sales in the genre.

“April-June and October-December are the two most important quarters for brands and this year the later became significantly more important as it was the first quarter of the financial promising some hope. Most advertisers spent 60% of their advertising budget in the two quarters and January turns out to be a slow period,” said Deepak Sharma, Managing Director, North-Starcom MediaVest Group.

Will the return of ratings guarantee recovery in Q4 of 2021?

Media agencies are not expecting BARC ratings to be back until March and that is when the ad billings are also expected to go up. However, it is again not the return of ratings but the timing that will boost growth.

The numbers are expected to go up towards the end of the financial, said Sharma.

“Towards the end of the financial, brands generally spend any leftover budget pushing ad sales. If ratings return, it will only be an additional benefit for the genre,” he said. 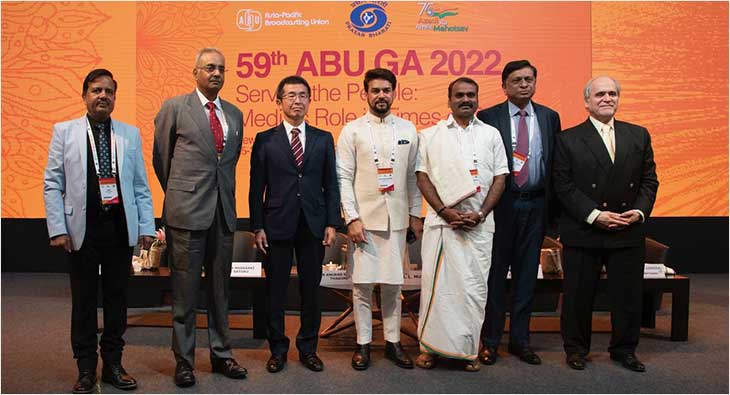