Why is Punjab one of the top markets for print media advertisers in North India?

With strong readership reflecting sustainable growth, newspapers in Punjab have recorded a steady growth in terms of advertisers and advertising rates

The Punjab growth story is not limited to the likes of bicycle production or hosiery products, newspaper readership in the region has been showing steady progress too.

According to IRS 2019 Q3, Punjab is one of the top markets in northern India. With 42.9 per cent total readership (TR) and an average issue readership (AIR) of 16.5 per cent, Punjab is in the league of cities topping IRS charts in North India that includes Delhi, Himachal Pradesh, Rajasthan and Uttarakhand.

Newspaper brands in Punjab have registered a growth graph for themselves both in terms of TR and AIR. Punjab Kesari, the leading newspaper in the region, for instance, has seen consistent growth in their AIR numbers. From an AIR of 9,36,000 in IRS 2019 Q1, the newspaper has grown to an AIR of 9,50,000 in Q3.

What keeps the newspapers going?

Punjab Kesari credits their growth to the innovations that they have introduced in terms of production. “We are expanding in digital. At Punjab Kesari, growth in print and digital complement each other and this has increased our reach,” said Amit Chopra, Joint Managing Director.

Tech innovations have also helped the group increase their productivity and improve their quality, said Chopra. “We have recently replaced our printing equipment in all 13 of our production facilities and this has helped us improve our quality and complement our growth. All local pullouts do not need insertion. They are now printed on the run and are part of the main newspaper,” said Chopra.

According to Chopra, what keeps the newspapers on their feet is the competition. “Punjab has a strong readership for English, Hindi and Punjabi unlike other North Indian states like Uttar Pradesh where there is only Hindi,” Chopra added.

While there is readership in the state for all three languages, Hindi is the most preferred.

“In the state, Hindi readership is more than that for Punjabi. People are more inclined towards Hindi newspapers. In Punjab, regional newspapers like Jagwani has more readership in rural areas, whereas Ajit has a lot of readership in urban areas,” said Nishikant Thakur, former Chief General Manager, Printer Publisher and Resident Editor of Dainik Jagran.

Dainik Bhaskar Group is one of the top dailies in the three top reporting cities – Amritsar, Jalandhar and Ludhiana. “In the latest readership survey Q3 2019, Dainik Bhaskar is the only newspaper to have registered 23 per cent growth compared to the previous quarter. This is the result of expanding our circulation and focus on editorial content and ground connect with the reader. Punjab is an important upcoming market for us and we are working on the ground to further strengthen our position in the region,” said a Dainik Bhaskar spokesperson.

Why are newspapers in Punjab growing?

The growth in readership in the state has led to a spurt in the number of advertisers for the medium and vice versa. According to experts, ad rates have grown up to 10 per cent in the state in the last 2-3 years and have not seen much of a lull even during the weaker economic periods like in the last quarter of calendar year 2019.

Interestingly, according to the findings of the 4th round of National Family Health Survey (NFHS-4), people in Delhi and Punjab are the richest in India. Hence, advertisers are naturally attracted towards dailies in Punjab in order to woo the high spenders in the state.

With 75% of India’s bicycle production and 80% of cycle component manufacturing taking place in Punjab, and the state also being the highest manufacturer of tractor, sports goods, agricultural machinery and blended yarn, the industries look at newspapers as the best mode of communication to reach out locally as well as on a national scale.

“Cities like Ludhiana and Chandigarh are some of the wealthiest cities in the country with high spending customers, Brands thus naturally want to invest in communicating in Punjab and local dailies are the best means to spread the word. From luxury cars to Louis Vuitton, you fill find it all in Punjab. With the high purchasing power, the state is a preferred location for brands in the business of jewellery, car and branded apparel to name a few,” said media expert Anita Nayyar.

Advertisers from across brand categories have kept the pot boiling for Punjab dailies. While localised players like tractor manufactures have taken to local dailies, national or international brands use English dailies for communication. “For English readers, advertisers prefer Tribune in Punjab, for Punjabi there is Ajit and for Hindi Punjab Kesari is the last word. Unlike other states, Punjab is a multi-player market with plenty of options in English, Hindi and also Punjabi. Competition is tough but still with high spenders in Punjab both local and national brands find Punjab newspapers a lucrative medium to advertise. The richness of the market has also led to growth in ad rates between 5 per cent and 10 per cent in the last three years,” said Vinay Kaushik, Marketing Head at Chandigarh’s De Code Advertising Agency. 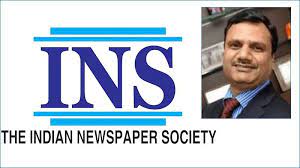