Will Ronaldo's cola snub take the fizz out of Coke's brand image?

Industry leaders think the footballer's disrespect towards the event's sponsor was in poor taste, adding that it may not impact Coca Cola’s image or sales significantly

If you know anything about Cristiano Ronaldo, you must surely know of his aversion to soft drinks and any unhealthy fast food. In fact, he had admitted that he schools his kids who find joy in these treats.

The legendary footballer’s dedication to health and fitness and his strong stance against sugary drinks once again became conspicuous at the recent Euro 2020 overnight press conference. Ronaldo removed the two bottles of Coca Cola, one of the event’s sponsors, from the table in front of him. He then picked up a water bottle and showed it to the cameras saying “agua” (Portuguese for water), signalling that water is a better choice than soft drinks.

While the player made a strong statement with this move and has been trending on social media sites ever since Brand-nomics MD Viren Razdan feels it was a poor gesture on the Portugal star’s part.

“Ronaldo's gesture was in poor taste, even if he wants to promote a philosophy he does not have to be rude. Don’t know if they (Coke and Ronaldo) have a history, but this was nothing but an immature act. Soccer players have some of the highest endorsement deals - if they wish to propagate a certain thought, I am sure they can do so in a refined manner,” says Razdan.

Kofluence Founder Ritesh Ujjwal adds that though the action might improve Ronaldo’s appeal amongst the fans, brands may start getting a little cautious about their associations with the player.

“It was striking to see Ronaldo pushing the approved beverages aside from the table during an official press conference and this might have left few brand managers not-so-happy and rightly so, given the contractual obligations. On the one hand, it does reinforce Ronaldo as someone who is extremely careful of what he intakes and goes on to show that he practices what he preaches. So, this definitely will keep on reinforcing as well as expanding his appeal among his fans. On the other hand, brands would like to keep an eye on associations as they would not like to be caught on the wrong side in any case,” he says.

The industry also alludes that the action might not have a significant impact on Coca Cola’s brand image or sales. Razdan elucidates that Coca-Cola is an iconic brand and bullet-proof to such small acts.

Industry veteran and Brand-Building Founder Ambi Parameswaran points out: “Interesting that he pushed aside a Coke can. Coca Cola is a sponsor of the event and it can take action against the organisers. But given the fact that Coke is the most recognised and loved brand in the world, they may shrug it off as a storm in a small teacup. The company is fully aware that health bloggers are anti any sugary drink. But there is still a large segment of consumers who need their sugar fix.”

He also suggests a solution to the brand, “Coke has covered its bases with the launch of Coke Zero. So maybe they should have placed Coke Zero on the table near Ronaldo. And hoped that he picks it up and takes a swig; that would be worth a lot.”

POKKT AnyTag India Lead Shuchi Sethi adds, “As a matter of fact, Coca Cola doesn't advertise themselves as a health drink and if a footballer who is really concerned about what he eats or drinks has a choice of not consuming sugar or soda in any form and it should be respected. We don't know what his story is behind not drinking Coca Cola; it's not like he drank Pepsi instead, right?

"And for Coca Cola, being a brand that is loved by millions and billions, I am sure they would know that some people are averse to drinking soda and it could be celebrities too, it wouldn't taint their image in any way.”

For the uninitiated, Ronaldo was once the sponsor of the drink in the early 2000s and an avid fan of the brand. He was, reportedly, alerted by Manchester United legend Ryan Giggs against the harm that soft drinks could cause, pushing the player on a path to adopt a healthier lifestyle for the sake of the game. Here’s an old ad of him for the brand.

ShareChat teams up with Tamil Nadu Premier League
25 minutes ago

Sustainability was always an aspect that I deeply cared about: Shreevar Kheruka, Borosil
4 hours ago 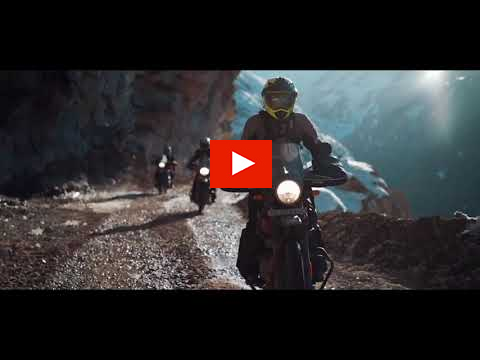 marketing We are in the process of making crypto mainstream: Sumit Gupta, CoinDCX
4 hours ago

marketing Sustainability was always an aspect that I deeply cared about: Shreevar Kheruka, Borosil
4 hours ago