The ambition is to be the primary destination in the OTT sector: Ajit Mohan, Hotstar

As Hotstar has entered a new studio partnership with Disney India, Ajit Mohan, CEO, Hotstar tells us more about the deal, reception to its premium service and tackling India’s low internet speed

Hotstar has inked a new studio partnership with Disney India to augment its Premium service. It has inked a multi-year SVOD deal with Disney India to showcase the studio’s biggest hits exclusively on Hotstar Premium in India which includes movies like ‘Star Wars: The Force Awakens’, Disney’s ‘The Jungle Book’ and ‘Moana’, Marvel’s ‘Captain America: Civil War’ and ‘Doctor Strange’ and Pixar’s ‘Finding Dory’ amongst others.  In addition, Hotstar premium subscribers will also have access to popular movies and classics from Disney's library and popular American TV series from ABC Studios.

Ajit Mohan, CEO, Hotstar, says, “The deal with Disney is in line with our strategy of bringing the best of new shows and movies from around the world to our Premium subscribers. It’s rare for a single platform to have three biggest studios HBO, Fox and Disney involved in the same platform. We have been consciously assembling this portfolio.”

Amrita Pandey, Vice President, Studios, Disney India, says, “This is the first exclusive deal for all our studio movies. So it’s the first window after theatrical releases will come on Hotstar. This deal is important for us as it enables us to offer our movies across Disney, Marvel, Star Wars and Pixar brands and our ABC Studios' TV shows to our audience wherever they are. Hotstar Premium is an ideal home for our content.”

The reason for Disney India opting for Hotstar is evident from Disney India’s wider relations with Star Network as mentioned by industry sources since the latter happens to have rights to Disney’s content on their TV network. Last month the studio had inked a multi-year output deal with Star India to showcase some of its biggest global hits across Star India’s TV network in multiple languages including English, Hindi, Tamil, Telugu and Bengali. The fact that Hotstar has sports, movies and TV shows in one destination has also helped it to grab this deal, according to the sources.

Hotstar launched its subscription model last April with Hotstar Premium where they offered an exclusive selection of movies and TV shows from HBO and Fox Studios for Rs 199 a month. It began with the sixth season of HBO’s ‘Game of Thrones’. The response for it so far has been positive as claimed by Mohan. He says, “We are seeing a big part of premium content consumption happening on large screen. There is a big shift in on demand and digital consumption as most of it was happening on mobile.”

He adds, “We have made a conscious choice to have free service supported by advertisement catering to large number of users for whom data cost is expensive and paid service in the form of Hotstar Premium for urban, affluent and especially those who have an interest on international content. There is a growth on both services.”

Hotstar has taken the leadership in India’s nascent video streaming business going by the statistics. According to online aggregator App Annie, Hotstar clocked 7,886 million minutes of viewership in November compared to 633 million minutes by Netflix in India. It has clocked over 145 million downloads with more than 50 million monthly users in India in December.  It has also won the Apple TV app of the year award. “We attribute this leadership position to two things. We have invested meaningfully in product and technology. We use technology continuously to improve the service experience. From content portfolio it’s pretty rare to find a single platform that brings together TV shows, new movies (both local and international) and sports. It stands out compared to anything else available in the market. The power of bringing all under one umbrella where we are continuously focused on service and experience has been the biggest reason for Hotstar’s growth.”

Hotstar not only streams Indian and Western content — it has exclusive rights for such HBO shows as Game of Thrones, Silicon Valley and Westworld — but also a wide array of sports, such as the English Soccer Premier League, Wimbledon, Formula 1 racing and even the Olympics, since parent Star India's Star Sports network also holds broadcast rights for these properties.

A mention should be made of technology as Star Network’s OTT platform streamed the 2016 Kabaddi World Cup games in stereoscopic 3D Virtual Reality (VR), a first for any live sporting event. Mohan says, “Kabaddi was just an example. We are working on making the cricket experience more rich and immersive than cricket on TV. We are planning to use VR on cricket as well.”

Mohan’s special emphasis on sports is logical given the fact that it is one of the most important pull factors for the platform. “Given the scale of platform and consumption of local and international content, less than 15 per cent comes from sports.”

When it comes to growth, Mohan mentions that Hotstar has dramatically grown in the last four months. “We are bullish about growth and growing month-on-month. The intention is to go deep into India. The ambition is to be the primary destination in OTT sector.”

When it comes to original content Hotstar has been one of the first local players to push for it with their new satire show 'On Air with AIB’ in 2015 and now coming out with an original short fiction ‘Tanhaiyan’ scheduled this month. Compared to others, Hotstar has been relatively less bullish about this genre since ‘Tanhaiyan’ is their second venture in this genre. Mohan gives a different perspective about original content, saying, “Original bandwagons have been driven by platforms that don’t have enough content. We don’t look at original content from what content gaps to be filled because we don’t have those. ‘On Air with AIB’ was a good experiment which came because we saw a huge gap in the news satire in the market. So wherever there are unexplored formats and a story needs to be told (which no one else is doing it) we will do it.”

Having everything said and done India’s average internet speed at 4.1 Mbps still continues to be the lowest among countries in the Asia-Pacific region, according to a report by global internet content delivery network Akamai Technologies. Hence most of the players have addressed the need of offline viewing. In this regard Hotstar offers download only on select content – TV shows and movies and looking into more features with this regard. Mohan says, “We are working on ways through which users can share TV shows and movies from within our app without using the internet. We do see that as a big part of our agenda. It’s relevant for more and more users who don’t have access to data or are hypersensitive about data cost.” 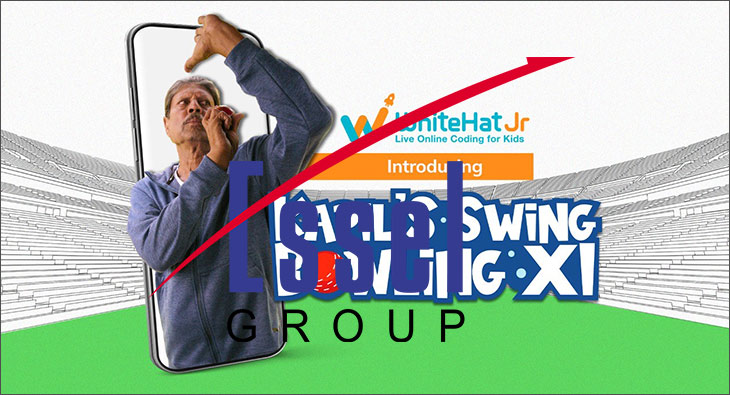