Latching on to the trend of Netflix and Radhika Apte memes, Netflix created a fake video and a movie poster called ‘Omnipresent’ - a spoof on Apte’s involvement with multiple Netflix projects. Other brands also did not spare the opportunity as they incorporated this in their creatives and communication.

CEAT Tyres took the lead and went ahead with the idea of omnipresence, but with the consideration and insight of Indian Roads. This spawned into #RoadSafetyAptHai by Ceat Tyres, with a topical post to stir conversations around Radhika Apte and Netflix India.

Popular restaurant discovery and food delivery service Zomato also jumped on the bandwagon and tweeted out a social media post stating it’s not just Radhika Apte who has “versatility”. Presenting a list of dishes, their candidate for the battle was Paneer, from Shahi Paneer to Palak Paneer. 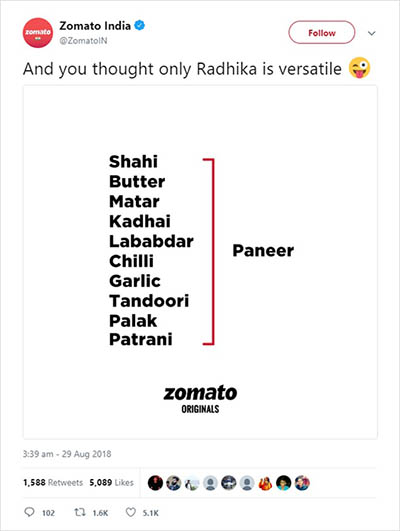 However, Netflix came back with a savage reply. They picked one letter from each dish, and reinstated that Radhika is omnipresent. Replying to Zomato India, KFC too in their social media creative presented how KFC Chicken "apt hai". 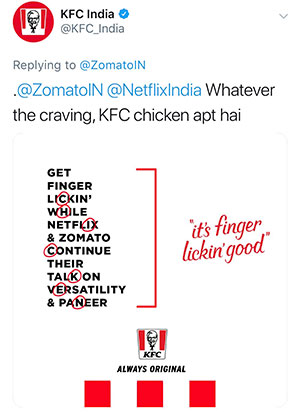 Reliance Mutual Fund was another brand taking advantage of the 'Apt Hai' wave. The financial services company's creative read 'Watch everything and more on Netflix and order on Zomato, Hurry'. The brand picked up each letter from every word stated 'Wealth sets you free' so "Mutual fund apt hai." Seems like this 'Apt hai' phenomenon is only getting bigger and will not stop anytime soon. 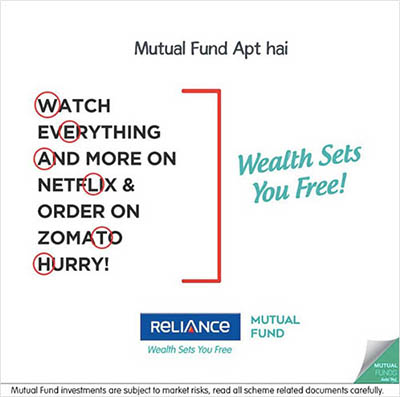 In new campaign, Kajal Agarwal talks about benefits of Prega News
18 hours ago