After the digital revolution, is mobile advertising set to be the biggest turnaround of the decade? An indepth analysis by exchange4media

If there was one prominent trend last year that intrigued most in the digital industry, it was the unprecedented growth of e-commerce and advertising on mobile devices. While mobile advertising is not a new proposition in the Indian context, it is perhaps for the first time that the medium has received much needed attention, though many believe that it is yet to garner its dues in terms of attracting a large chunk of marketing spends. The digital industry, growing at a rate of over 40% until the last quarter of 2011, gets a very small share of the Rs 266 billion advertising industry in India, allowing more space for growth and experiments. Mobile, which is largely considered to be a part of the digital industry, gets an even smaller share of the pie. There is little doubt among the marketers when it comes to usage and potential of the medium, but the numbers and optimism placed on the wireless devices in the fastest-growing mobile market of the world has not translated into tangible, successful precedents for growth. However, over 850 million mobile users coupled with 30% active data users largely located in metro cities and B-towns have given advertisers many reasons to bank upon the medium.

Overall, mobile advertising in India, though at a nascent stage, has transformed over the last one year. Video, rich media advertising and augmented reality have successfully entered the Indian advertising space, breaking the traditional boundaries of text and banner ads. As the industry entered 2012, a clear makeover of advertising format was also visible, with an aggressive entry of two global digital giants Google and Yahoo! into the most modern form of rich media advertising, offering a wider range of opportunities to marketers to experiment with the medium. RoI of mobile advertising has been four times higher than that on other digital platforms with an added advantage of higher interactivity. Heavy investment in the medium through video advertisements (or Media Ads, as propounded by Google) largely remains a wait and watch situation for the industry.

“In terms of search advertisement, 30% of the traffic comes from Google,” says Lutz Kothe, Head of Marketing and PR of Volkswagen Passenger Cars. Globally, in developed markets, advertisers spend less than 30% of their total advertising budget on mobile devices. Experts believe that it is difficult to see the percentage growth exponentially going up in near future. In the Indian scenario, this figure is more skewered due to two reasons- less than 25% of handset users are active Internet users and lack of broadband Internet penetration has resulted in sluggish increase in rich media-led interactivity of advertisers with potential consumers. As few as 0.1 % of the total number of Internet connections in India use the broadband service. So, while most of these stumbling blocks are creations of infrastructural shortcomings and user-generated hurdles, the source of consistent vigour and confidence in the medium has strong foundations. Leading global advertisers like Coca-Cola, General Motors and McDonalds, through their recent campaigns, have set a successful benchmark of high-quality rich media user experience of advertising on mobile devices, be it handsets or tablets. Though their campaigns were able to reach only a few million in India during cricket tournaments and festival seasons, their aim to reach the soon-to-be 100 million smartphone users of India utilizing the 3G services (growing at a rate of close to 9%) is a reflection of their long-term vision for the medium.

Banking On Future
India is an emerging destination for brands which were banking heavily on all media platforms in developed markets and on traditional media in developing markets. In terms of number of users and consumption pattern, the mobile medium ceases to remain a new age medium. Total time spent on Internet is also growing at a steady rate. Total number of mobile handset users has already surpassed the number of cable and satellite homes in India (over 850 million mobile users and 104 million C&S homes). While a comparison between the two mediums may be inappropriate, in terms of penetration of the medium, reach of mobile phones scores over TV, giving advertisers of products of mass consumption a strong reason to ponder. Recent data on mobile advertising released by InMobi states that India has emerged as the largest mobile advertising destination in the Asia Pacific region in 2011. As per the report, India is the single largest mobile ad impression market which witnessed 22% increase in advertising. However, on a global scale, this growth is small. Globally, mobile advertising has witnessed growth at a rate of 100 %. In terms of revenue growth, China continues to remain ahead of India as majority of its mobile users are active mobile Internet users too, thanks to penetration of broadband connectivity.

Nevertheless, numbers alone do not speak in favour of the medium. Looking at the diversity of markets and nascent nature of the medium, the vote continues to be in favour of traditional practices. Industry experts believe that linguistic barriers coupled with diversity of the markets and varying consumption patterns will take a few years for marketers to understand the importance of mobile devices in their media mix. Many believe that the next wave of growth for Internet in India is going to be driven by the semi-urban and rural parts of the country where creative bundling of voice and data services along with the devices would create a compelling value proposition. “Language could be a potential barrier for mobile advertising adoption in rural towns due to non-availability of content in vernacular,” explains Sanjay Behl, Group Head - Brand & Marketing, Reliance Communications Limited. Global publishers like Google and Yahoo! Also echo this sentiment.

Are advertisers convinced?
Mobile struggles to find its space in the mainstream media mix of campaigns. Mobile and tablets are used only on some occasions to target TGs. “Mobiles offer an interesting opportunity to use a new medium in marketing. It is yet to become an integral part of the media channel mix but is attracting significant attention and additional investments,” says Rahul Welde, Vice President- Media, Unilever-Asia, Africa, Middle East, Turkey and Russia. The medium has garnered a larger share of the media mix in the last two years. “In the last 18 months, close to 100 brands have gone on mobile platforms to advertise. This shows how important the medium is becoming for marketers,” explains Dippak Khurana, CEO& MD, Vserv.mobi. What has also come as an addition to this excitement is convergence of other media forms on mobile devices. Leading television and print players like STAR India, ESPN, NDTV, The Times of India and Hindustan Times have augmented their mobile and digital presence, creating new avenues for marketers to reach their consumers. Global reports indicate that in 2014, mobile Internet usage will overtake desktop Internet usage. Already in 2011, more than 50% of all “local” searches are done from a mobile device. Soon, mobile will be the first medium of discovery of the Internet for many and will be the key source to drive Internet penetration. “One challenge is related to expertise and capabilities in this space. This is an omnipresent device and hence the opportunity for marketers is large,” adds Welde.

In the short run, WAP as an advertising platform is gaining more prominence. Intelligent ad targeting is now the key to the development of the mobile as a reach medium. The likes of Reebok, Airtel, Yamaha and Samsung were the early adopters of the medium, and most of their efforts have translated into success. “Both consumers and marketers are taking more and more notice of mobile advertising. This is a worldwide phenomenon. It’s now a matter of converting the medium for consistent growth in the near future,” says Atul Satija, MD of InMobi. The mobile platform will soon become the platform for manufacturers in the advertising space.

A recent study by research firm Insight Express suggests that mobile advertising is 4.5 to 5 times better in delivering RoI than online advertising. Mobile penetration is higher than the mass media advertising including radio and TV. With demand going up in terms of mobile inventory, publishers too have come up with new and better formats. The most innovative and recent example of utilization of all platforms of mobile advertising was initiated by Volkswagen Passenger Cars, which spends about 8-10 % of its total advertising budget on mobile platforms in India. “The smartphone medium will see an upward trend in terms of advertisement. This is the simple reason why Volkswagen is very active in this media,” explains Kothe. The brand advertised heavily on search and banner platforms.

The communication strategy of marketers is becoming more innovative and user-friendly as the space and time of usage on the mobile medium is shrinking. Innovation will prove to be the key in advertising as the span of content consumption on mobile devices is less as compared to print or electronic media. Moreover, mobile and tablet devices are more of individual devices, unlike TV and print, which were traditionally a group experience until the last decade. So, what is the brand strategy adopted by marketers to make the maximum of their reach through wireless devices? With mobile penetration today and access to data, brands are seeking out the mobile medium to place ODPs (On Device Portals), viral videos, topical and thematic contests and the like to build awareness and adoption of their brands. “We are seeing numerous organizations seek out mobiles as a medium to build awareness on their brands or on specific activities that they conduct,” adds Gurinder Singh Sandhu, Head - Marketing, Tata Teleservices.

(Tomorrow: All eyes on smartphones, will tablets make a difference?, challenges ahead) 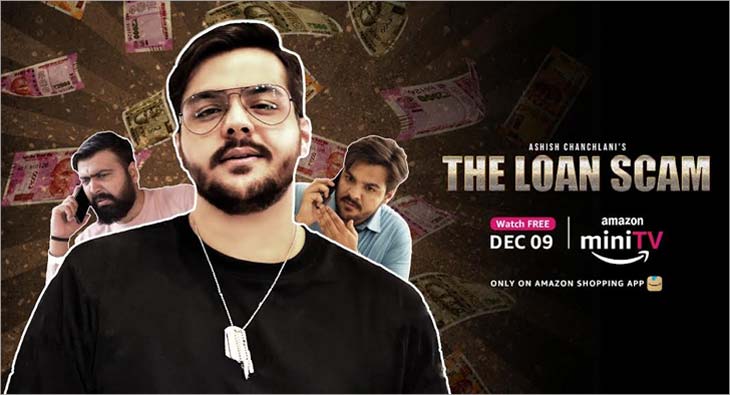