The "How Mobile Moves People" study carried out by IMRB and commissioned by Facebook looks at behavioural habits of Facebook users, with the company once again reiterating its stand that mobile will be the key medium of the future

Facebook released findings from a recent study conducted by IMRB and commissioned by Facebook, called "How Mobile Moves People", it looks at the behavioural habits of Indian Facebook users.

Speaking to exchange4media, Kirthiga Reddy, MD of Facebook and South Asia said, "People are coming to platforms like Facebook and Instagram to get inspiration and information. This (mobile) is where they are spending their time. From a brand side this is a place where they can move people's heart, make them care or take action. From what we are seeing, the marketing spends far lack the time people are spending on mobile."

Commenting on the IMRB study, Reddy pointed out that Facebook audience tends to skew towards premium, tech savvy audience. "14 per cent of Facebook users have a post-paid connection as opposed to 7 per cent when you consider the average NCCS ABC urban population," she noted.

In terms of Monthly Active Users (MAU), Reddy informed us that there are 142 million MAU in India out of which 133 million MAU on mobile in India as of Q4'15. On the other hand, Facebook sees 69 million people DAUs with 64 million coming through mobile.

Mobile has been one of the key growth drivers for Facebook and has been identified as the main focus area for the company in the years to come. When it comes to global revenue, from zero earnings just a few years ago, mobile now contributes to 80 per cent of the company's overall ad revenues according to Q4'15 financials. Reddy would not comment on what mobile revenues in India are, though, overall revenues as per a filing made with the Ministry of Corporate Affairs stood at around Rs 120 crore (for year ending March'15).

"We are seeing this media crossover (from TV to mobile) happen as a global trend. The Milward Brown Ad Reaction study 2015 showed that time spent on mobile and desktop outpaces TV. For the longest time we have had discussions about whether mobile is a limited creative canvas and studies have shown that the small screen is not so small after all," said Reddy on the rising usage of mobile devices to access content.

Reddy also admitted that videos would be the most important content format in the future and we have seen the company pushing video content, including ads and branded content over the recent months. As per Facebook, there are 8 billion video views (100 million hours of video) on the platform daily with about 500 million viewers.

"We have seen the shift happening from text to pictures to, now, video. So, we believe the big thing will be mobile and visuals on mobile," she opined.

Comparing the popularity of Facebook with traditional media, Reddy said that unlike print and TV, Facebook is an "all-day, everywhere phenomenon". "We commissioned a study that found the focus is closer on the mobile phone than on the TV. What we are finding is that mobile phone has 82 per cent higher attention and 79 per cent lower distraction. The visual perception of mobile phone feels at a scale of 2.6 x greater than a TV (when viewed in horizontal mode)," she added.

Though, Reddy would not disclose revenue information, she admitted that the company was "excited" about the opportunities in mobile in the country. New ad products like 3D video, 360 degree video; slideshow (for feature phones), etc. have been introduced to, as Reddy puts it, to expand the "creative canvas" on the mobile. One part of this involves working with creative agencies to build mobile-friendly campaigns and the Facebook Creative Shop has a big role to play in this, said Reddy.

"People's consumption pattern on mobile is very different from TV. They have short attention span; we have found that it takes 2 seconds for registering an impression and 3 seconds to make a decision about whether they want to watch it longer. In addition to formats, we are providing insights to brands on how people are processing information on mobile and also a framework on how to build great content for mobile. We have this set of tools called Feedproof TVC which lets you either create the right content from scratch for the mobile phone or take an existing TV campaign and quickly customise it for the mobile phone," she informed us.

The Trade Desk is a challenger to Google, Facebook duopoly in India: Tejinder Gill
4 hours ago

After Ronaldo, Pogba pushes aside sponsor Heineken at Euro 2020
21 hours ago 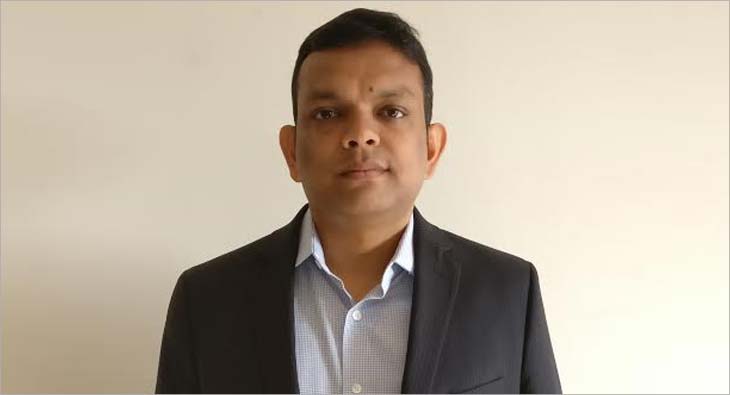 digital The Trade Desk is a challenger to Google, Facebook duopoly in India: Tejinder Gill
4 hours ago

digital What Twitter's loss of intermediary status means for brands, users & the platform
4 hours ago