Is India ready for crowdsourcing?

Crowdsourcing is funded from extra budget rather than a mainstream plan in India; it’s a tactical exercise, not a strategic initiative, say experts

Did you ponder over the origin of the new Rupee symbol? It was not the output of the great creative volcanoes but the creation of a common man through crowdsourcing. India is a vast country with an extremely diverse culture which is difficult to understand. Hence, brands rely on agencies to develop a plan for the future. Crowdsourcing is a means to create an eco-system of engaging with audiences that are relevant and co-creating the future of business with them. It provides a multitude of ways to gather ideas, opinions and feedback.

Capturing people from different walks of life singing in the spirit of ‘Hum Me Hai Hero’ to writing your Hyundai i10 story and getting selected to star in the TVC alongside Shahrukh Khan, crowdsourcing helps in gaining deeper understanding of the customers. It helps in effectively communicating with the users and also allows them to actively participate in the creativity and strategising aspects for the brand. Reaching the relevant crowds is becoming easier with diverse audiences and technology penetrating to masses. Hence, companies are crowdsourcing logos to products and creative campaigns.

Dinesh Goel, Founder, Innovative Ideators said, “With the pattern and behaviour of future customer changing so rapidly and becoming more and more diverse, even global brands wanting to operate in India, will have to include the local connect. Hence, crowdsourcing has become extremely important for brands wanting to succeed in India.”

According to experts, nine of the top 10 global brands crowdsource and it is estimated that $300 million were invested in 2012 on crowdsourcing initiatives.

Arun Mehra, CEO, Talenthouse India said, “Internationally, crowdsourcing, open innovation and co-creation have been around as part of marketing and innovative strategies, which are only getting bigger and bigger; P&G’s Connect & Develop has over the years claimed that more than 50 per cent of product initiatives involve significant collaboration with outside innovators. Similarly, Pepsi has converted people’s ideas from wishful thinking to reality through the Pepsi Refresh Project.”

“In India, besides crowdsourcing the Rupee symbol by the Indian Government, large scale consumer involvement has not yet been undertaken. Brands have now opened up to consumer generated content on smaller scale through social media and this trend will only gain momentum in the coming years,” he added.

With the advent of digital media, crowdsourcing is one of the fastest and the most effective ways for brands to reach out to relevant audiences. Companies such as Mahindra, HUL, Toyota, Airtel, Ricoh are the few companies that are regularly investing in crowdsourcing initiatives in India. Brands are using crowdsourcing for various purposes from product development and packaging to brand communication and engagement.

According to Mehra, Wikipedia is the largest example of crowdsourcing and Yahoo Answers is also a portal where the crowd contributes. DARPA (US Government) is using crowdsourcing for new Spy Drone designs whereas Netflix has used crowdsourcing consistently even to caption its video library, and scientists are using it to understand earthquake patterns, etc. Design seems to be one of the most popular routes to engage with consumers. Happydent, Kurkure have crowdsourced product design, Vodafone sourced the jersey and cap design for IPL finals, and Opium eye wear crowdsourced a sunglass design.

Goel believes that the best example of using crowdsourcing is Harley Davidson. It has invested on everything from the design and colour of their bikes to their experiential marketing programme to the Harley club for bikers.

With an attempt to make the consumer the centre of the entire communication process, Hero Moto-corp invited people to sing the Hero song, shoot their video and upload it, and their video became a part of the film.

Anil Dua, Senior VP, Marketing and Sales, Hero MotoCorp said, “Billion Voices is an engagement programme where individuals were invited to sing along and submit their own videos for the ‘Hum Mein Hai Hero’ anthem. This was the first time when crowdsourcing was used by a mainstream Indian brand to continuously create fresh content for its TV and digital campaign. Thousands of fans from across the country sent in their videos. This initiative helped us get our proposition ‘Hum Mein Hai Hero’ quickly into the hearts and minds of people across the country.”

The new Micromax logo design crowdsourced on Talenthouse resembles a punch capturing the attitude of the youth, adding to the brands esteem. According to Shubhodip Pal, Chief Marketing Officer at Micromax, the logo was globally crowdsourced resonating with the values of the brand. Crowdsourcing helped in coming up with an open-ended logo with a lot of connotations.

“I think crowdsourcing has worked quite a lot for many brands. There are new and emerging brands in the digital space that do not have the bandwidth to go to expensive boutiques, so using the platform to generate smart ideas helps. The future is bright but it depends on the flexibility of the brand. The established brands will not do it but it is the cheapest way to meet objectives,” Pal said.

To amplify and communicate customer trust in Hyundai, the company brought the concept of crowdsourcing through ‘Write your i10 Story’. “Crowdsourcing concept is appropriate for brands which have been successful in the past and there is positive customer response in the present scenario as well. The campaign received 62,000 entries within a span of four weeks. We will keep evaluating such ideas in the future and engage with customers through such campaigns,” said Nalin Kapoor, Group Head – Marketing, Hyundai Motor India.

Pitfalls
Crowdsourcing in India is still at a very nascent stage. However, brands and companies are beginning to look at it as an emerging process. Educating the relevant crowd is of supreme importance. Goel believes that currently, crowdsourcing initiatives are being funded from the extra budget rather than a mainstream plan; so to say, it’s a tactical exercise rather than a strategic initiative to get ideas, talent and solutions for any function of business. “There are no ready databases and the penetration of digital medium and internet is still low, which makes reaching the last mile a little difficult,” Goel said.

“At every step of crowdsourcing, companies need to invest qualitatively. The articulation of the challenge for which they are seeking ideas and solutions needs to be very good. The reach to relevant crowds needs to be well planned, timed and executed and not judge the ideas on the crowds ability to think, but for the ideas they contribute,” Goel added.

Brands and companies will learn from the global experience and mistakes, and will be careful in keeping the relevance along with execution capabilities of what ideas, reach and talent they garner through crowdsourcing. “Essentially, the Indian corporate DNA of keeping Return on Investment will include Return on Innovation and Cost Benefit in mind before they evangelise crowdsourcing,” Goel said.

Mehra states that creative crowdsourcing is a revolutionary breakthrough the world over and in a short span of time India is taking a lead in the crowdsourcing space. He believes that India is sitting on a goldmine of talent waiting to be discovered. “This makes creative crowdsourcing even more popular among artist who seek to be recognised and brands and mentors who want to connect, engage and work with the best of talent in the country.” Mehra added.

Despite India being at a nascent stage in crowdsourcing, there is immense untapped talent that needs to be leveraged to deliver the best results. 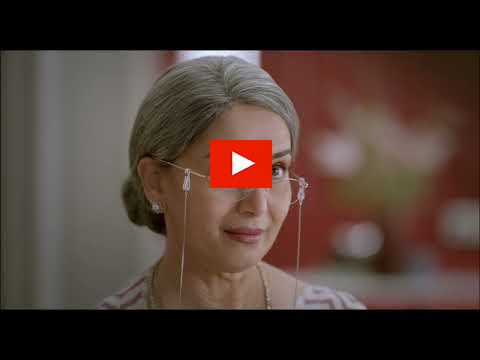 advertising Inflation woes: Agencies wary as advertisers get cautious with AdEx
2 hours ago