Glow & Lovely has released an ad campaign featuring a dusky celebrity endorser. Industry experts, though not entirely convinced, hail it as a step in the right direction

From 1975 since HUL first introduced Fair & Lovely in India, the brand has marketed the product with the help of fair-skinned models, convincing generations of women that fair skin is a virtue, further aggravating the colour bias in the country. A few months ago, amidst the uproar over the ‘Black Lives Matter’ Movement, the company changed the product’s name to ‘Glow’ and Lovely. While the ad that followed did manage to do away with the famous shade card which went from dark to fair and the model’s skin colour with it, and almost overnight the focus on 'Fair' was dropped and replaced with 'Glow' with regards to the messaging; but it still had a fair-skinned model in Yami Gautam who was endorsing the product and its ‘glowing’ benefits, which many in the industry called a half-hearted effort. So when earlier this week the same brand for the first time released an ad campaign with a dusky model who stays dusky till the end of the video, it was indeed a very refreshing change. The campaign is called 'Mere Glow Ko Na Roko' and is made by the creative agency Lowe Lintas.

We asked industry experts whether this was indeed a step in the right direction for the brand months after Sanjiv Mehta, chairman and managing director, HUL, said that the name change was an attempt to make the company’s skincare portfolio more inclusive and celebrate a diverse portrayal of beauty.

Ronita Mitra, Founder & Chief Strategist, Brand Eagle Consulting says, “At the outset, the ad for Glow & Lovely is clutter-breaking, engaging, in fact, making you want to watch it again. It appears that Glow & Lovely intends to build an entirely new identity - one that has shed all the regressive values that Fair & Lovely stood for and that's just as well. The choice of the protagonist, who is pivotal to conveying the new identity, is both compelling and credible.”

'Mere Glow Ko Na Roko' ad campaign was launched with a music video featuring hip-hop artist Deepa Unnikrishnan better known as Dee MC. Dee MC is seen rapping about her journey, her never say die spirit and freedom to choose powered by her ‘glow’ in the video. Talking about the brand’s choice of the celebrity for walking the talk on inclusivity, Mitra adds, “It is indeed refreshing that the celebrity endorser chosen neither wears a light skin tone nor is beautiful as defined in a conventional way. Importantly, too, Dee MC is already an accomplished artist who has carved a niche in a profession that redefines conventional societal norms - rapping.  Her appeal lies in her high sense of self-worth and confidence - outcomes of her talent and accomplishment -  all internal traits and not external ones such as skin colour. She evokes a sense of aspiration that's very real, meaningful and relatable for the modern consumer.”

On the other hand, KV Sridhar, Global CCO, Nihilent- Hypercollective who has made several Fair & Lovely’ ads in the past during his stint at Lintas says he is not impressed, “If I were to define the ad I’d say it has full-on attitude. I don’t think it will connect with the buyers. If you have this much confidence, then you don’t need Glow & Lovely. Too much of urban gang of girls.”.

Ad filmmaker Ram Subramanium Founder & Director, Handloom Picture Company who had made a video in 2017 asking Hindustan Unilever to stop manufacturing Fair & Lovely, says the treatment of the music video and featuring a dusky model is a great beginning for the brand. He says, “I like this. It’s a step in the right direction. Good for the future of India as it is good for the future of Indian women. I understand that this isn’t the brand’s lead communication yet and I hope the metamorphosis will happen soon.”

However many people in the industry have objected to the reference to Fair & Lovely in the ad at the fag end. They assert that if the brand was really convinced that Fair & Lovely was conveying the wrong message then why mention the brand name in the ad at all, it is almost equivalent to telling people that we are selling the same thing, and have only changed the name.

Echoing that sentiment Jagdish Acharya, Founder & Creative Head, Cut The Crap explains, “The brand plays its reformed avatar right until the last frame. Through a dusky winner, it celebrates dark skin. Spoiler is the innocuous super at the end. Hyde now comes in the name of Jekyll. The brand ends up reassuring its mammoth customer base - we haven’t changed, only our name has. That’s the unfair advantage of a big brand.”

But Mitra is hopeful that the erstwhile archaic, divisive positioning of Fair & Lovely will eventually fade away from consumer memory to give way to a new brand and identity that truly celebrates and respects consumers for the people that they are, not some external trappings.

She concludes, “All the brand cues for Glow & Lovely are liberating, inclusive and in alignment with the values of today’s consumers. It is possible that Glow & Lovely will find resonance with a much larger consumer franchise than did Fair & Lovely.”

‘Glamm up like a star’, says MyGlamm's latest campaign
19 hours ago 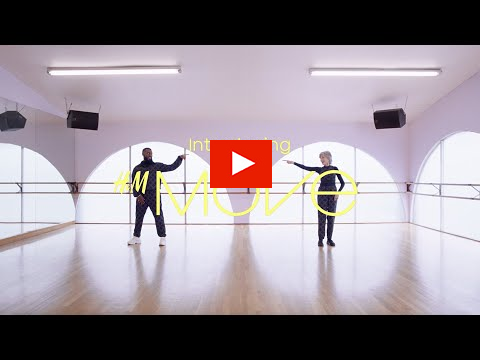 advertising ‘Glamm up like a star’, says MyGlamm's latest campaign
19 hours ago