Facebook launches next phase of consumer marketing campaign for India

The core campaign has been conceptualised and executed by Taproot Dentsu

Facebook has launched the next phase of its consumer marketing campaign in India – ‘More Together’ to showcase how people across the country can do more together by harnessing the power of their connections on the platform – even more so in the current situation.

The latest campaign is inspired by real stories and celebrates the people who came together in these trying times to help and support one another.

The campaign includes four 30-second films featuring young parents, grandparents, two roommates and a doctor and depicts how they found support through their connections to help each other during these extraordinary times.

Speaking about the campaign, Avinash Pant, Director-Marketing, Facebook India, said, “At the core of this campaign is our brand belief that people can do more together than alone. Over the last several months, all of us have seen and heard many stories of people across India that have been the embodiment of this idea. People who were once strangers, connected with one another through Facebook, and together addressed many challenges that have surfaced in recent times. Through this campaign, we are shining a spotlight on the real stories that have inspired us, and hope more and more of our consumers will recognise that people are indeed each other’s best resources. Sometimes all you need to do is reach out to the world.”

The core campaign has been conceptualised and executed by Taproot Dentsu. As part of the campaign, Facebook will leverage the power of its platform extensively to bring stories to life and has partnered with Dentsu WebChutney to craft the creative strategy and communication across digital and social media.

Talking about the inspiration behind the campaign, Pallavi Chakravarti, Executive Creative Director, Taproot Dentsu says, “When it came to looking out for each other in the months gone by, we found that Facebook was a vehicle. People were the fuel. This is the simple truth the campaign tries to capture. When times are tough, we truly can do more together than we can alone.” 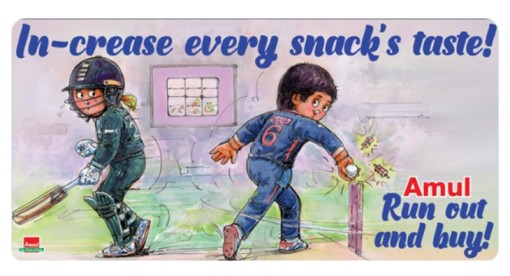