Advertising for other parties only managed to dent the BJP sweep: Sam Balsara

The party's election wins have proved that media can move mountains, but with the caveat - you need a good product for advertising to work, says Balsara, CMD Madison Media, that handled BJP's media duties

As BJP celebrates its win in Maharashtra and Haryana, Sam Balsara, CMD Madison Media, which handled media duties for the party in the state elections and earlier for Lok Sabha, spoke to exchange4media after the results were out, about BJP’s media strategy and how it leveraged the use of numerous creatives to counter fatigue.

“All the advertising done by parties other than BJP did not help in increasing their vote share, but only helped a bit in denting the sweep for BJP,” he says while rubbishing media reports of BJP handling media strategy in-house.

What were the unique features of the Maharashtra election media campaign in your perspective?

The Maharashtra Election Media campaign was unprecedented, thanks to all the parties - BJP, Congress, NCP, Shiv Sena and MNS using advertising intensely in the last 10 days. Advertising thrust behind BJP, Congress and Shiv Sena was really high. It would seem that most parties took a leaf from BJP’s Advertising Strategy used for the Lok Sabha Elections and tried to replicate it in double measure. We unleashed a multimedia campaign of high pressure on television, print, radio and outdoor. The combined effect of advertising by all parties on the average Maharashtrian was unprecedented. I would say never before did viewers and readers in Maharashtra see so much exposure in one category. Most other parties used very few creatives, despite the intense pressure because of which there was high fatigue. BJP, on the other hand, used many creatives and changed the messaging directionally as D-Day came closer. So hopefully there was less fatigue.

That’s not true. The entire media planning and buying including outdoor was handled by Madison Media, both in Maharashtra and Haryana.

Handling the election campaigns both for Lok Sabha and Maharashtra and Haryana Elections have substantially added to our media experience and expertise.

The results have shown once again that media can move mountains, but with one caveat that you need an average to good product for advertising to work. The increase in BJP’s vote share and decrease in vote share of others is evidence. All the advertising done by parties other than BJP did not help in increasing their vote share, but only helped a bit in denting the sweep for BJP.

This campaign has seen an extensive use of radio to reach the masses. Besides this, how was the campaign different from the Lok Sabha elections in terms of tonality and media used?

Whilst the overall strategy was similar to Lok Sabha elections, intensity, width and depth for the Maharashtra elections were much higher.

How were the local mediums leveraged during the campaign?

Our campaign had huge width and depth, but reaching the non-Maharashtrian through television was a challenge without using national TV. We had to rely on print and outdoor, mainly to reach non-Maharashtrians. 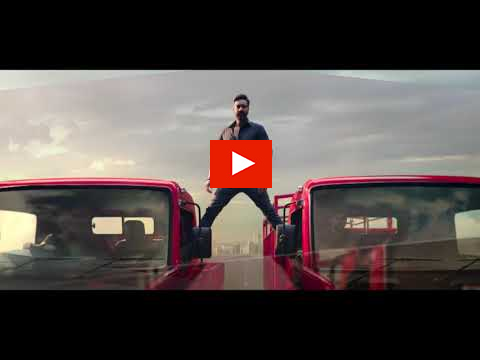 advertising dentsu gets vote of confidence from old client, Maruti Suzuki
2 days ago