After an unparalleled performance at the Tokyo Olympics 2020, Indian sportspersons have helped not only catapult India’s sports image at the world stage but also given the perfect opportunity to brands and advertisers to associate with the Indian contingent.

Brands forming associations with sports is not new but the relationship has been further strengthened after India's stellar performance at the Tokyo Olympics. In the wake of the games, a host of brands went all out undeterred by the Covid challenges, from representing athletes to curating special campaigns. Such endeavours have steered conversations around sports in the country.

Mia by Tanishq announced its association with three female athletes representing India at Tokyo. The brand also extended support to the athletes by partnering with Manika Batra, Deepika Kumari, Pooja Rani, Navjot Kaur and Rani Rampal at the Olympics for its latest campaign ‘#ShareTheShine.' Speaking on how conversations change perceptions, Shymala Ramanan, Business Head, Mia by Tanishq said, “Conversations are the best tools to influence and change people’s perceptions. Our objective with this particular campaign was to get people talking about the athletes, especially the real humans behind all the grit and the glory that we see on field. What we discovered was that behind every World No 1 player or Olympics super performer is a regular girl who has dreams, aspirations and a unique sense of style like a true Mia woman. Our conversations with Manika and Deepika were absolutely delightful and showed a different side of them. If this gets people talking about them, our job here is done.”

Ranjivjit Singh, CMO, Hero Motocorp also believes that constant conversations with customers is absolutely imperative for any brand, and it becomes even more rewarding when it involves Gen Z and the millenials.

One of the Co-presenting sponsors for the official broadcast of Tokyo Olympics, MPL also came up their #FanBannJaaoge campaign where it shed spotlight on athletes and their many achievements, and in doing so, get the entire nation to rally behind them. It also created the first ever Indian Olympic Fan Army which received a groundswell of support from MPL users and top sports teams.

“It’s an honour for MPL Sports Foundation to partner with the Indian Olympic Association (IOA) and cheer on our talented athletes as they make India proud. The athletes who have represented us are some of the best in the world and have achieved significant milestones, but they are not as celebrated as they deserve to be. We are now 100 million-strong and growing. Our aim is to reach each and every Indian, and inspire them to become fans of the Indian contingent, not just during the current Olympics but in the future as well,” said Sai Srinivas, Trustee, MPL Sports Foundation and Co-Founder and CEO, MPL.

N Chandramouli, CEO, TRA stated that fluid conversations around a topic increase interest area of people. He added, “The time of a conversation plays a crucial role in strengthening its impact and permissibility. This is the right time to have conversations around sports after spectacular performance of our Indian contingent at the Tokyo Olympics 2020.”

However, we need to have more conversations around sports and sportspersons, asserted Chandramouli.

Cricket has always attracted the major share in the pie chart of brands associating with sports but now the tables have started turning around. Sporting events like the Tokyo Olympics, aside from being media blitzkriegs are also opportunities for brands like to stand for something apart from purely functional benefits. “It's a matter of great pride to be able to partner with athletes from the Indian contingent. This was also our chance to break the clutter in the Indian jewellery industry advertising space and create a unique positioning. The amount of media coverage the Mia #ShareTheShine campaign is receiving on a daily basis is a testament to the same”, added Ramanan.

“We at Hero MotoCorp have always believed in the power of sports in shaping the future of the youth of the country. It is immensely gratifying to see youngsters and budding sporting talent from small towns and hinterland of India making a mark on the national and international stage, thanks to our continued support to various sports such as hockey, football, golf and cricket”, noted Singh.

Chandramouli noted that this is a win-win opportunity for both brands as well as sportspersons. While brands get the confidence to put in their money on the sportsperson along with the players becoming a popular household name.

In the past few years, the sports scenario in India has definitely changed for the better. The interest levels,  awareness and recall of the Indian athletes participating in the Olympics are at an all-time high. The social media conversations, post analyses as well as brand sponsorships reflect the same. “Sports is a soft narrative and so is life. When brands support sports, they support this soft narrative. This can only be good for brands. You will therefore see deeper brand involvement in sports,” pointed  Harish Bijoor, Brand Guru & Founder, Harish Bijoor Consults Inc.

When talking about brand associations, one should also take into consideration of the thin line between being opportunistic of the moment and long term associations. In this age of moment marketing and situational intervention, it is necessary for brands to take a look at a bigger picture rather than on just that moment. Experts opine that sportspersons should be supported from the grassroots level to be part of their journey and not only when they win laurels for the country. Through this approach, brands as well as the government should look at the larger perspective and therefore, will be able to locate young talent, affirmed Chandramouli.

Singh also feels that it is extremely important for brands and corporates to keep supporting sports for the long term for our sportspersons to really be able to succeed in the global arena. “As I said earlier, we at Hero MotoCorp have remained commited to the promotion of sports for more than a couple of decades now. This is the kind of genuine commitment which is required for the sports culture in the country to flourish. At the same time, no moment is small enough to celebrate. Every success of our sportspersons has to be cheered and has to be celebrated”, added Singh.

While Ramanan was of a different opinion. According to him, “It is crucial that we get people talking about larger agendas with the bigger picture in mind but at the same time, for sports events like the Olympics, it is very important to celebrate every victory, every achievement and every step that our athletes take forward. For while in our industry it may be termed as 'moment marketing', each of those little moments is actually the culmination of years of hard work, discipline and sheer grit. So 'moment marketing' is actually a celebration of many moments adding upto that single one.”

The Olympic fever doesn’t seem to have faded away as yet. Brands continue to laud the Indian players, who not only won but also to those players who performed exceedingly well at the mega sporting event. Tata Motors recently announced that the company will be felicitating Indian athletes who narrowly missed the bronze medal in the recently held Tokyo Olympics. To thank and recognize these homegrown players for their sheer hard work and dedication, Tata Motors will be delivering its most premium hatch, the Altroz, in the High Street Gold colour, to these players soon.

Shailesh Chandra, President, Passenger Vehicle Business, Tata Motors said, “For India, this Olympics was about a lot more than medals and podium finishes. We are fortunate to celebrate the effort and spirit of our athletes representing our country, competing under the highest pressure against the absolute best talent the world has to offer and coming extremely close to a podium finish. They might have missed a medal but they have won the hearts of millions of Indians, with their dedication and are a true inspiration for budding athletes in India. As the leading homegrown automotive brand, we truly understand the spirit of ‘Dare to Dream and Achieve’, as it is a culture that drives us in Tata Motors as well. The Tata Altroz has set new benchmarks in its segment by achieving the Gold standard in Safety, Design and Performance. It is our privilege to honour the spirit of these path breakers and present them a small token that signifies the Gold Standard, the Altroz.”

OTT app aggregation: A win-win for all
1 day ago 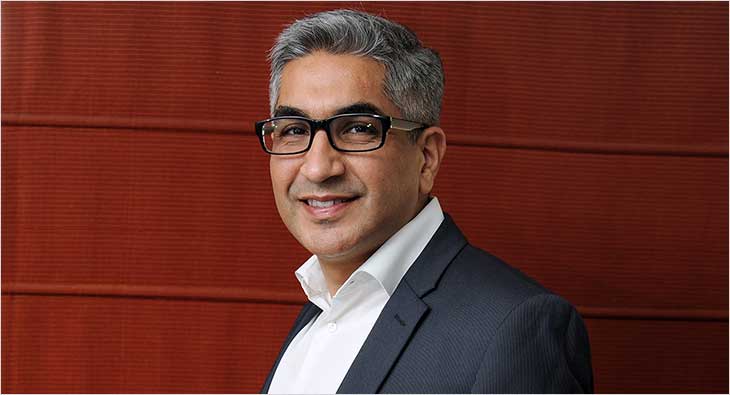