2020 was expected to be the year when OTT took off on OOH. Last year, we witnessed the rise of OOH on OTT where prominent shows like Amazon Prime’s Jack Ryan and Netflix’s Sacred Games were all over billboards, metro media sites, airports and shopping malls. The OTT and OOH bond has been strong for the last five years, with OTT's annual media spends on OOH pegged at Rs 3,700 crore by industry experts. However, this year, OOH sites were left barren during the lockdown months and OTT spends dwindled. OTT, however, was gaining prominence during this time as online consumption peaked and many flocked to digital platforms to promote their new shows and movies.

As it has been over 6 months since the lockdown was eased out, OTT has slowly seen a come back with OTT platforms like MX Player and Netflix once again investing in the billboard medium. However, the question persists: Will the affinity for the OOH prevail as during pre-COVID times?

e4m asked OOH leaders for their perspective on the changing OOH-OTTdynamics, whether OTT clients have begun to return post-lockdown and if the trend will continue going forward.

The trend of OTT clients opting for OOH in their media mix
According to Jayesh Yagnik, CEO, MOMS Outdoor Media Solutions, the trend has started with the OTT platforms making a comeback on OOH. “The utilization of OOH media and creative messaging has seen a shift wherein earlier the messages were focused only on new show launches. Now they have started advertising for their paid services as well," he avers.

Atul Shrivastava, CEO, Laqshya Media Group also reiterated similar sentiments. He remarked: “OOH Media dominated the promotion of shows on OTT Platforms. It had slowed down during the lockdown but it came back with a bang immediately after the Unlock phase started. Most visible campaigns were launched by ZEE5 and few other brands. This includes India’s homegrown platforms, too, which have emerged as strong players in the OTT category.”

Talking about OTT’s relationship with the billboard medium this year, Aman Nanda, Chief Strategy Officer, Times OOH said, “OTT has always loved Outdoor. The former was one of the top advertising categories last year. All OOT brands have been using OOH platform for both brand building as well as driving short-term action. We have seen how most of the players have used Outdoor advertising to announce a new series and new episodes. This year, while most of them remained focused on advertising on the digital format, which was understandable since consumers were locked indoors, but we are now witnessing their return to outdoors.”

Has the spark of the billboard medium been hampered with post lockdown?
Yagnik shared, “The spark is there and it is observed to be on an upward graph albeit a little slow. There are few gaps in between campaigns however with the shootings being resumed and all the halted shows and movies gearing up for release. OTT will again be a major spender on OOH. In fact, multiple movies releasing on the OTT platforms will only increase the need to advertise them on OOH.”

Shrivastava stated, “As per the available data, the unprecedented rise in subscribers in the first half of the year is gradually slowing down. With 60-70% growth witnessed around May, figures for monthly subscriber rise have now reached around 20%. The subscription war is imminent and OOH will be the lead medium to make brands win."

Sharing his perspective, Nanda says, “Out-of-home media, which was badly hit during the pandemic - with virtually no advertising during quarter 1, is now recovering with healthy month-on-month growth. We are now witnessing both FNF (friends and family) as well as business air travel picking up. Domestic Air travel is now almost 60 to 65% of pre-COVID levels. We are hoping International travel would also start soon. Plus, traffic on the road is also at 75% of pre-COVID levels and interstate travel is also increasing. With the opening up of malls, restaurants and cinemas and with the positive developments on the vaccine front, we see consumer confidence returning to normal. Some of these factors are helping the OOH industry and we are confident by Q1 of next financial year, things would be much more positive.”

A DOOH player whose installations are going up soon said that Netflix has partnered with them for DOOH campaigns in about 15 cities including the capital city of Delhi for their new show.

OTT Campaign revivals and those missing in action
Yagnik remarked, “All the major OTT platforms have put out some or the other campaigns. Brands like Netflix, Amazon, MX player, Hot Star, Sony Liv and many others are all out on OOH. With the increase in popularity of OTT platforms, I believe there will be more new OTT that will come up in the near future. This will ultimately mean more business for OOH especially in Metros and tier 1 towns, to begin with, as they will certainly need to advertise for the launch of their brand as well as various shows.”

According to his clientele, Times OOH’s Nanda has seen a steady increase in spends from August 2020 onwards from leading OTT players like Netflix and MX player. “Both Netflix and MX player have concentrated their spends with us at airports targeting premium audiences. Netflix recent Free StreamFest campaign was also rolled out at Times OOH properties”, commented Nanda. 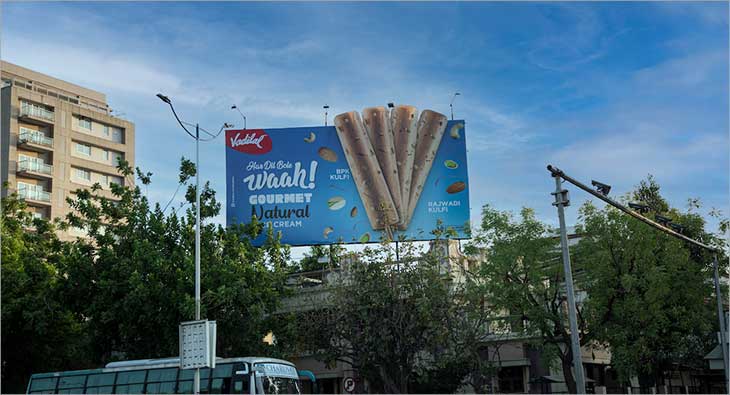