Jha, Deputy Commissioner, South Delhi Municipal Corporation, in his special address spoke about Supreme Court's new advertisement policy, which he said has given the OOH industry a new direction

Jha spoke about the Supreme Court’s new advertisement policy, which according to him has reduced visual clutter to a large extent and given the industry a new direction.

He also stated that the new regulation gives advertisers and brands an opportunity to create better impact than before. “Before the transformation of Delhi there used to be advertisements but they were not giving any mileage to the brands. As far as I know, there are four kinds of stakeholders in the advertisement industry. One is the producer, the other is the consumer, third are propriety firms and the fourth and biggest stakeholder is the city. The long term vision for OOH should be 'Less is More'. When we put up more advertisements, we are cluttering the city rather than beautifying it. So the concept 'Less is More' is going to be the way ahead and we are working towards it,” Jha added.

According to Jha, OOH is playing a big role in urban development. He also emphasised that the OOH industry and the government should work in a coherent manner so that there are opportunities for advertising firms, which in turn can also participate in development of cities. 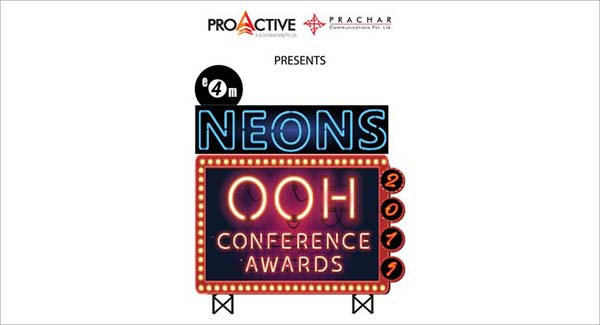 What’s in a name? A bit of fun if you are Burger King or Dunzo
3 hours ago

How Micro Boredom can lead to disruptive innovation
3 hours ago

VOLTAS HAS GROWN AS A BRAND TODAY, ALONG WITH THE IPL
1 day ago

BYJU RAVEENDRAN: THE TOPPER AND IMPACT PERSON OF THE YEAR
2 days ago

INCA IS THE IDEAL TOOL FOR SAFE BRAND ENGAGEMENT ACROSS PLATFORMS: PRASANTH KUMAR
2 days ago