First demonetisation, then RERA: How the OOH sector is grappling with a double blow

The newly introduced Real Estate Regulation Act 2017 (RERA) has come as a big blow for the OOH sector with several real estate clients freezing their ad spends till the time there is clarity on the ruling. Experts claim that with individual states still to adopt the ruling, real estate clients have decided to stop ad spends leading to a serious crisis in the OOH sector.

According to Rajneesh Bahl, Founder and MD of Grey Parrot Integrated, the impact was seen overnight.  "Approximately 30 per cent hoardings in metros and 60 per cent in small towns got vacant within a span of few days," he said.

The real estate sector is one of the biggest spenders in the outdoor domain, among the top three by all estimates. "All the creatives displaying future amenities for attracting investments were pulled back, thus all the bookings got cancelled overnight, and this cancellation has created a dent in the overall billing and revenue for OOH. The challenge would be to advertise with more words and less pictorial references and every creative has to be approved by the RERA body," he added.

According to Noomi Mehta, Chairman and MD of Selvel Advertising, this one sector would probably account for nearly Rs 100-120 crore towards outdoor advertising.  Another OOH agency head states that where real estate used to account for 30 per cent a couple of years back, after this ruling, the share would come down to 18-20 per cent.

To understand it further, let’s delve into the details of what exactly RERA does for the real estate sector. One of the tenets of the rule is that developers can no longer advertise for properties that they do not have. For example, a developer cannot put up a hoarding for a swimming pool, unless the swimming pool has actually been built. For the real estate sector, this is a critical step, as it is for the common buyer, but the short-term effect on the outdoor advertising space seems to be in the negative.

"RERA has made cash outflow very stringent. This will change the way the business was being done," said Mehta. However, he opined that the situation would not be as fraught in the long term as the sector would need to cash in on its existing assets. "There is no way out. You have to create demand and the only way to do it is through marketing," he said, further stating that the effect is not uniform as real estate spendings are very local and the terms of RERA have yet to be adopted by all states.

Alok Gupta, MD of Director of Graphisads, also admitted that the OOH sector has taken a massive hit as real estate clients try to consolidate and come to terms with the new rules. According to him, the issue stems from the fact that states are still implementing the ruling in their own way, which is creating a huge amount of confusion in the market.

"RERA is a landmark policy decision by GOI. It shall ensure that from now on only serious players enter the real estate industry. In the long run, we are looking at consolidation in this market. We work with around 80 per cent of the industry in the Delhi/NCR market for their various marketing activities. As of now, everyone is looking to streamline their work. Since an element of confusion is there at the clients' end, as a lot of states have either diluted national RERA policy or not yet implemented, most of the activities have been stopped. However, within six months we will see a much better market and some transparency coming into the system. Till then it is a wait and watch situation. Even the best builders with complete paperwork and compliance are preferring to observe the impact," he told exchange4media.

On the other hand, Gupta also admitted that certain real estate companies in states where the ruling has not yet been implemented, have increased spending to take advantage of the confusion.

Meanwhile, Mehta, who is also Chairman of the Indian Outdoor Advertising Association (IOAA) said that the industry body has decided to take stringent steps towards real estate companies that default on payments. "We will be much stricter in providing credit facilities to the real estate sector other than a few national-level blue chip companies," he said, adding that this was not something targeted towards this sector in particular but an overall stance being taken by the IOAA.

Can automated media buying models become the norm for DOOH in India?
3 days ago 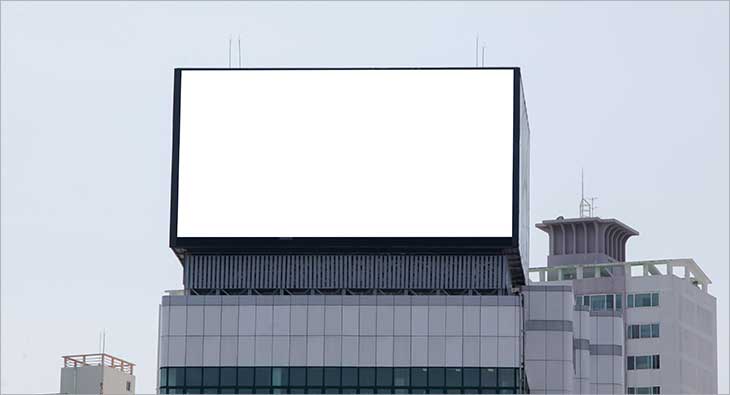 out-of-home Can automated media buying models become the norm for DOOH in India?
3 days ago