We use digital and brand activation quite effectively: MC Cariappa, Jockey India

Page Industries has pioneered the innerwear industry on many fronts. The company has established the premium segment in the innerwear category in India through Jockey by introducing high-quality products coupled with an organised and extensive network of distributors pan India. It helped created a paradigm shift in the way consumers perceive innerwear in the country. Jockey has completed 25 years in the Indian market and the brand has been changing the rules of retailing innerwear. Modules and fixtures for product display, attractive box packaging and lifestyle point-of-sale imagery ensured the category was given the first-of-its-kind international brand communication treatment. They were also the first innerwear brand in India to set up exclusive brand outlets across the country.

On Jockey’s silver jubilee in India

I have been with the brand since 2009. Twenty-five years ago, the market scenario was such that Jockey has to start from scratch, mainly because the innerwear market was unorganised with a lot of regional players. The first part of the challenge was definitely to develop high-quality premium products which the existing market was not used to producing. The category was not existent at that time.

So, Mr Sunder Genomal, the Managing Director studied the market and found there were several opportunities that existed.

The brand had to get not only the product right but also the retailers to buy the concept. They were not used to buying and merchandising innovation openly.

Jockey India create something unique by giving modules to retailers. In order to market products to them, we also held retailer conferences.

So, initial regional conferences were held in the true sense of displaying merchandise and how to merchandise in the store, which has not existed during that period. These were the first wins record for Jockey India.

There were three big things to get into the right product- first, provide the audience a product they were not used to; second, get the retailer and distributor setup to understand there is a great opportunity in this product and category; third, maintain the brand efficiency by developing it in a clean way of retail merchandise packaging, and presenting it very differently. These were the three pillars of Jockey India and since then, it's been nothing but maintaining those three pillars and ensuring that the standard and quality of the product is under constant innovation and improvement.

Speaking on curbing fake products, Cariappa said: “Unfortunately, laws in this country do not make it easy to pursue these kinds of problems. We have made our little attempts to find out how we can curb the problems of fake Jockey products. But the laws are not supportive of it. The whole procedure itself is very time consuming and there is a lot of paperwork that goes in to prove that it's fake. I believe that the quality and equity of the brand is so high that the customer who is buying our products very well knows where to get the products. Today, we are available in 60,000+ points of sale. We made ourselves visible and available with products and branding. We have 700+ Exclusive Brand outlets across the country.”

On Jockey or nothing ad campaigns

Till somewhere between 2008 and 2009, Page Industries had been mainly using international marketing content and placing some ads. Marketing was more limited to below the line. This category was never out there in the open, Jockey International will always share their ads for licensees to use.

Back then, the company took a call to create content which is relevant to the Indian consumer. So, in 2009, Jockey’s first ad campaign in the true sense happened.

We shot the ads very carefully, ensuring that they don’t make anybody uncomfortable. That's why it's such a wholesome brand.

We put up huge billboards for the Just Jockeying campaign. I don't think any innerwear brand has done an ad on the front page of Times of India during that period. The advertisement was so mature and classy that it was lapped up immediately.

So after two and a half years, a lot of agencies were interested to come on board with. But we felt that we were not getting the right legs with Just Jockeying to take it further.

After a lot of thought, we looked into the archives and we found the slide “Jockey or nothing”, which was a line used by the parent company long ago. We felt that it packed a very clear message for the existing customers. It embodied a sense of reaffirmation: “Yes! I am with the best.”

As I said earlier, we will never make campaigns that make the audience uncomfortable. We are using the digital platform and brand activation quite effectively. We do spend a fairly equal percentage on both ATL and BTL and our marketing budget is between 4-5 per cent.

There is no syndicated market study that has been done for the innerwear industry because it is a disorganised sector. We are one of the two or three public limited companies whose results are visible. Many of them are private and also some are today being taken over by the equity firms, but they're still not listed their numbers.

So, it's very difficult for me to put it into numbers. If we look at ourselves, we have a lot of headroom. We have done our own study, focusing on the income groups who could possibly buy Jockey in India. I can't give you the exact number, but if we look at men's innerwear space, we are at 20 per cent.

We also do not have a barrier in terms of cities. Because the new consumer is so strongly bought that the brand is known everywhere. And yet again today, our challenge is to get people to look at us beyond the men's innerwear category. We are 700+ EBOs in every state in this country, even in Arunachal Pradesh and the India-Bhutan border.

There's no limitation on the customers. More than 60 per cent of the Indian population is between ages 20 and 30. They are aware of everything that's happening around them and the internet has given them access to content. Around 10 years ago, a large portion of the sales came from 10-12 major cities in the country. Today, those cities would contribute to 15-20 per cent of the sale, the rest is from Tier1, Tier 2, Tier 3, Tier 4 cities. Ten years ago, we had 200 distributors and today the number stand at 1200. 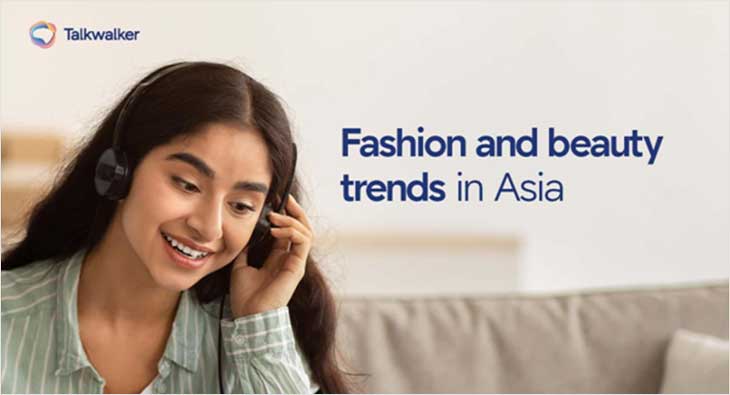 marketing Future-proofing brands: One day to go for Pitch CMO Summit
17 hours ago