IMPACT from the exchange4media Group launches the first edition of its ‘40 Under Forty’ list to recognise extraordinary achievers who are 40 years of age and below in the Indian Media, Marketing and Advertising industry. Continuing our series on marketers, below are the remainder of list of marketing pundits who have successfully helped their brands excel. 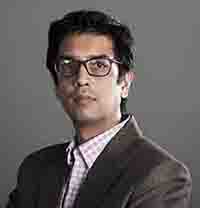 Since he took over as CMO, he reorganized the digital marketing and editorial practices at GirnarSoft, brought down the marketing costs by 35% and saw video dominance in the auto vertical space. In addition, he carried out the brand architecting and restructuring exercise at GirnarSoft for different group companies.

Both CarDekho and ZigWheels YouTube channels grew by 61% and 130% (YOY) respectively. The auto vertical space recorded growth of 50% (YOY) in FY 2018 to 420 million visitors. Mehta also helped launch new businesses in Auto Finance and Insurance from a B2B2C perspective. The Auto Finance vertical saw an operating growth of 75% with GMV of Disbursement reaching to $44 mn (Mar 2018 annualised). In Insurance vertical saw an operating growth of 243% (YOY) in the number of policies issued and with a growth of 294% in Commissionable Premium stood at $5.2 mn (March 2018 annualized).

Earlier in his career, Mehta was CMO, South Asia for OLX. He drove OLX to be among the most trusted and admired consumer Internet brands of the country and become a market leader in a short span of time. Talking about a campaign from his days at OLX, Mehta says, “OLX’s campaign using the soundtrack ‘Womaniya’ from Gangs of Wasseypur is a campaign that I am proud of. We were able to introduce new categories (White goods, Furniture, Electronics), to appeal to women who were not using OLX regularly and establish OLX and ‘Bech De’ as a household name.”

Brand-stand
“A campaign that did well on media metrics but failed miserably at driving business results made me ask help from a greater power - data and analytics. This campaign’s failure almost five years back changed the way I decided my media investments (offline or online). This relation keeps on metamorphosing in its sophistication but one that made me understand the isolated impact of media vehicles and the audiences that I have worked for.” 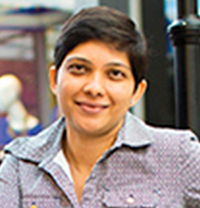 Soni defines creativity as a wild horse (mind) harnessed through discipline and among the many campaigns that have come to define Myntra, the one that is closest to her heart is the Myntra Right to Fashion campaign which she says combined good story-telling with the power of an important message. She says, “We are no aliens to the power of dressing up and the impact it has on our own confidence and how the world views us. Equally, there are stereotypes around profession or age and gender which restrict and pigeonhole us when it comes to dressing. This campaign done for Independence Day took a light but powerful take on encouraging us to express our individuality through our dressing irrespective of professions, age and gender - so we have unconventional people from an auto-rickshaw driver, a maid to an older person dressing up and making the world see them through fresh eyes.”

In her earlier stints, Soni has worked as Executive Vice President for Strategy with Star India, where drove new initiatives in Content, Sports and Digital. She has also worked as a Partner at McKinsey, where she is credited with starting McKinsey's Scientific Marketing practice for India. At the beginning of her career, Soni worked with Infosys as a software engineer

Brand-stand
“Marketing is one of the most wonderful and rare professions as it uses both the right and left brain - in turn making a marketing professional’s life richer and eventful. Especially in today’s world, where we have everything from real time tracking and Artificial Intelligence on one hand to some of the most creative mixed media formats to experiment with on story-telling, the real challenge is not to get carried away with the tools but bring them together with creativity.” 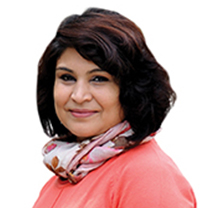 Khanna believes that the steady transition to digital has been one of the most energising journeys with the steepest learning curve. She says, “I’ve been out of my comfort zone since I got on this road but I’m grateful to the forces that be, that put me here. Add analytics, data-driven creativity, a scaled ecosystem and these much loved brands to it, and I know I’m in the middle of a gold mine. One that will only get richer and larger in the days to come.”

According to her, “finding that elusive marketing model today, though it’s also the most exciting time to be a marketer”. She says, “Our attention is splintered a hundred different ways with so much media. All marketing funnels are upside down and consumers aren’t reacting as expected. There’s no singular path to purchase. They don’t walk the line. Cross connections exist between word of mouth, advertising, reviews, content, sentiments, influencers, ZMOT, and back to experiences and services. Can’t miss any element in these hyper connected loops of interactions.”

Through her career, Khanna led large teams across some of the biggest brands in India such as PepsiCo, Nokia, Coca Cola, Docomo, SC Johnson, L’Oreal, Mahindra Auto.

Brand-stand
“I’m incredibly proud of Mirinda’s ‘Release The Pressure’ campaign. It has been tremendously rewarding to give an important conversation a big voice and bring it centre-stage where it made a difference to teens and their pressures - all the while staying relevant to the brand.”

Practo gets Rahul Dravid as its brand ambassador
14 hours ago

Netflix has 90 more originals for India in the pipeline: Reed Hastings
12 hours ago

Will brands make good on their gender inclusivity promise?
17 hours ago 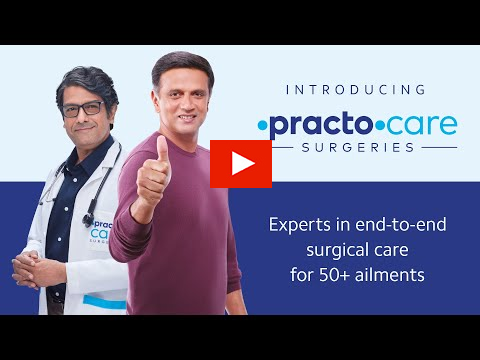