The role that media plays at every stage of the brand journey is different: Mahesh Shetty

The inaugural edition of the e4m D2C Revolution Summit witnessed a series of illuminating discussions and conversations around brand building and marketing.

Noting that these were very interesting times for the Indian economy, Ahuja began the fireside chat by referring to some statistics. In 2021, there were 800 successful D2C brands in India with a collective evaluation of close to $45 billion, a figure that KPMG says is likely to cross $100 billion in the next three years, he shared.

“The segment obviously got a big fillip during Covid, as more consumers discovered D2C brands during the lockdown, and consumption patterns have significantly changed due to D2C platforms. A report released last month by e4m noted that the biggest media property in India - the IPL - had 60 per cent contribution in sponsorship from D2C brands, a very significant amount,” noted Ahuja, adding that some reports said the tournament’s media rights holder earned Rs 4,000 crore in ad revenue.

Answering a question on how D2Cs, whatever their size, can build their brand, Shetty said, “Simply put, the start and end of every business is the consumer. The last few years have been an exciting time for young budding entrepreneurs because of the way internet penetration has grown in the country, which has led to opportunities for new-age companies to go out and disrupt the marketplace. And in the last few years, we’ve seen niche segments coming out because they cater to specific consumer needs.”

Reiterating that the core of every communication is its consumer, Shetty said that in many ways media is the bridge which connects brands to the consumer. “At every stage of the brand journey, the role that media plays is very different. What I’ve seen with many D2C brands, especially start-ups, is that they begin in a particular city, in which case you’re talking about very localized communication to a specific TG,” he said.

“Very often I've seen owners sacrifice brand building for performance marketing. I think in this journey from a small start-up, which would be in one city to multiple cities or all metro markets and then pan India, this journey of ensuring that the brand is very strong and those relationships and what is built with consumers has to also go along with performance marketing. The reason is that if you look at the big brands in the country and the FMCG space they also solve consumer problems and fulfil a particular target. However, because the brand is so strong their customer acquisition costs are lower than any other companies,” said Shetty.

The duo also discussed the impact that budgets of brands, whether big or small, play in terms of messaging and communication, with Shetty saying that in his view, performance marketing is short-term while brand-building is long-term. “If you want quick returns in the short term, then invest in performance marketing. In the long run, both things need to go hand in hand. And I would also like to emphasize on the importance of creatives, as in the way you communicate about your brand.”

Ahuja also noted that solid aspirational brands had been built on the back of the power of television, as it was important to utilize every part of the funnel to build a strong brand presence, as both legacy and new media have a role to play. Shetty agreed, saying that it was part of the brand’s journey to move from digital today to all other media tomorrow as it developed and grew.

The duo agreed that the power of the platform, especially larger ones like Viacom18, was invaluable towards brand building. While Viacom18 has done some innovative work with D2C brands like Mamaearth, it also worked with B2B brands like Bharatpe. “Three-four years back, when Bharatpe was building its brand, what they were really looking for is credibility and building their retail presence. They leveraged Bigg Boss to create awareness and build credibility. So, advertising does not happen in isolation.” 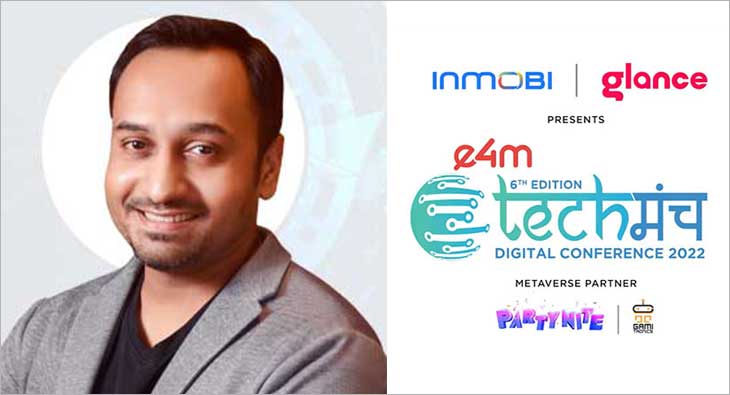 marketing It is a beta-world, keep learning and doing more: Sudhanshu Vats
1 hour ago