Is BCCI eyeing the September window for remaining IPL matches?

Sources say that with BCCI looking to postpone the games, it's early to gauge loss in sponsorship revenue, but the broadcaster will be paid by the advertisers based on the inventory consumed so far

The Board of Control for Cricket in India (BCCI) is exploring the September window to hold the remaining Indian Premier League (IPL) 2021 matches. This has rekindled hopes among BCCI's commercial partners like Star India and the franchises who were staring at a huge loss due to the abrupt suspension of the tournament.

The BCCI, itself, would have suffered a massive loss had the IPL been cancelled. The central revenue pool of the BCCI contributes as much as 80% to a franchise's overall revenue. It includes media rights income and on-ground sponsorship.

As per media reports, the IPL Governing Council had advised BCCI to move IPL 2021 to UAE. However, the BCCI shot down this suggestion as the cricket board believed that the Covid-19 situation is under control.

The postponement of IPL due to rising Covid-19 cases among players has also put a question mark over the ICC World Twenty20 which is scheduled to be held in October-November in India. Alarmed by the Covid situation in the country, the International Cricket Council (ICC) is planning to shift the tournament to UAE from India.

ITW Consulting MD Bhairav Shanth said that the BCCI can look at the early September window to complete the IPL. "There is a short window available for IPL during September. If the BCCI takes care of the scheduling then the IPL 2021 can be completed in September."

The decision to postpone IPL was taken at an emergency meeting on Tuesday. The BCCI also said that it will do everything in its power to arrange for the secure and safe passage of all the participants in IPL 2021.

"The Indian Premier League Governing Council (IPL GC) and Board of Control for Cricket in India (BCCI) in an emergency meeting has unanimously decided to postpone IPL 2021 season, with immediate effect. The BCCI does not want to compromise on the safety of the players, support staff, and the other participants involved in organising the IPL. This decision was taken keeping the safety, health, and wellbeing of all the stakeholders in mind," the BCCI statement reads.

The decision was taken after Wriddhiman Saha of Sunrisers Hyderabad and Amit Mishra of Delhi Capitals tested positive for Covid-19. Earlier two KKR players - Varun Chakravarthy and Sandeep Warrier - had also tested positive, due to which KKR vs RCB match scheduled for Monday was called off.

According to the source mentioned above, it is too early to discuss the likely loss in sponsorship revenue since the BCCI is finding ways to hold the remaining 31 matches. The source added that the broadcaster will be paid by advertisers based on the inventory consumed so far.

The BCCI had earned Rs 4000 crore from IPL 2020 edition. Broadcaster Star Disney India was eyeing a 16-18% increase in TV ad revenue over the Rs 2800 crore that it had earned last time. Disney+ Hotstar was also eyeing a sharp increase in ad revenue from the estimated Rs 370-380 crore. The BCCI and IPL franchises were expected to collect over Rs 1100 crore from sponsorship.

"Broadcast and digital sponsorship deals are non-cancellable. It can only be cancelled by Star India and not by the advertisers. There are two options available before the parties. One is the sponsors continue the existing deal and consume the remaining ad inventory as and when the IPL is held. The second option is that Star will cancel the ad deals at its discretion and allow the first right to the existing clients to negotiate a fresh deal as and when the IPL resumes," the source stated.

ITW Consulting's Shanth said that the on-ground and franchise jersey sponsorship deals will not get impacted till the time IPL is called off indefinitely. "We can't talk about sponsorship revenue loss because the IPL has been postponed and not called off. The contracts will not have to be reworked since all contracts have force majeure built-in. BCCI commercial partners have to make upfront payments while in the case of IPL franchises it differs from one franchise to the other."

Duff & Phelps MD and Head Valuation Advisory- APAC Varun Gupta believes that the tournament has been postponed indefinitely, which is going to have a huge impact on IPL revenues

"If the tournament had merely been suspended and restarted within a week or two, it might not have much of a difference on the revenues of the IPL or that of the franchisees. Yes, there would have been some logistical problems and some additional costs may need to have been incurred. However, given the overall size of the IPL juggernaut, those costs and inconveniences would not have been material," Gupta said in a statement.

He further stated that IPL would suffer significant revenue losses for the current season. He also said that the future revenue generation ability of the IPL remains undiminished. "There will be loss of sponsorship and broadcasting revenues for BCCI. The league was already coping with the loss of revenues from ticket sales and in-stadia F&B, besides the loss of revenue last year due to VIVO pulling out for the 2020 season. The teams will also suffer revenue losses on account of reduced revenue from the central pool and loss of team sponsorship revenues."

In its new campaign, ITC Aashirvaad Atta draws parallels between Goddess Durga & a mother
8 hours ago

In Philips’ new campaign, chef Ranveer Brar gives a #Perfect360Review to their airfryer
8 hours ago 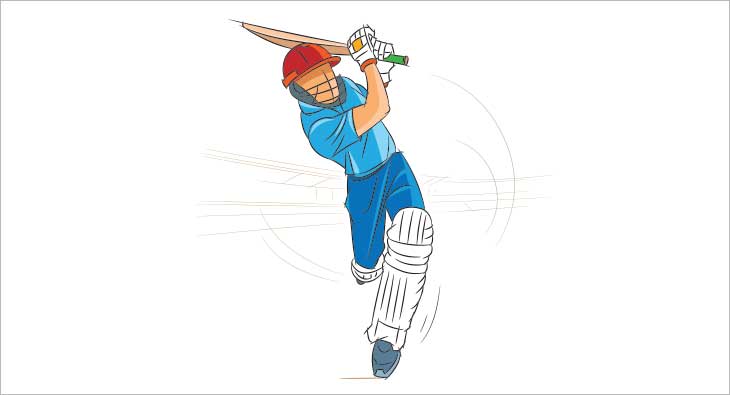