From Goa plans (that never take off!) to lockdown woes, ghar ke kaam to ghar se kaam, New Year, New Me to New Year, Same Disappointment - there is a Meme for almost everything! With memes increasingly becoming the go to language of the Gen-Z, it has undeniably unified the globe with bountiful of quirk, sarcasm and laughter. Needless to say, the year gone by has only catapulted this raging phenomenon into newer directions and we can’t thank the creative minds behind this enough! MTV, India’s leading youth entertainment brand is here to ride on this fervour with #MTVMemestars- India's first-of-its-kind hunt to find the Ultimate Meme Maker.

MTV Memestars is a nationwide call out to the most creative minds to showcase their ‘meme magic’ on social media. Every week, MTV announces one interesting theme for the week. All the meme enthusiasts need to do is upload their authentic memes related to that week’s theme, as their entry via an Instagram, Facebook or Twitter post or a story, tagging @mtvindia, along with the hashtag #MTVMemestars.

The participants send their entries on thematic meme-based tasks for 10 weeks. One lucky winner is chosen as the 'Memer of the Week' every week, which gets them a direct entry into the finale of MTV Memestar. The finale will see 10 shortlisted winners competing in the ultimate meme battle and have some of the popular names from the MTV FAM and the meme community felicitating the winner with whopping prize money of 1 lakh and the coveted title of MTV Memestar.

Speaking about the campaign, Navin Shenoy, Head of Marketing- Youth, Music and English Entertainment, Viacom18 said, “Memes have increasingly become an integral part of GenZ’s conversations and there's absolutely no dearth of meme creators who have been giving us all a chuckle amidst the prevalent doomscrolling. According to MTV Youth Study 2019, 34% of Gen Z considers memes to be amongst the top 3 type of content pieces that they share from their personal handles. With #MTVMemestars we aim to give the best memers in India a voice, as they give today's youth ways and means to express themselves.”

With Meme Masterclasses where pro-tips get dished out by some of the OG memers and a meme-gyaan series every Wednesday at 7 PM on MTV India’s social handles called Meme Ki Baat, where our very own Mallika-e-Meme, Yukti Arora, brings you the latest meme trends & meme gup-shup in a quirky avatar coupled with Tehzeeb and swag, in equal measure - MTV Memestars promises to be your one-stop destination for all things Meme.

Joining us in this meme ride are the OGs of the meme community, RVCJ Media, a pioneer in ‘Viral’ content curation with over 20MN followers on Facebook and 4.7MN on Instagram; The Indian Idiot, a digital home to the youth that provides a perfect platform for learning, pop culture, news and everything that’s trending; SociallyHoe, a master in all things Meme and Pun; The Desi Feed India, a one-stop shop for all things news, pop culture, memes and a lot of entertainment and The Indian Meme, curator of the best desi content. These meme stalwarts are all set to judge the contests in their allotted weeks and pour in their support for the meme community. 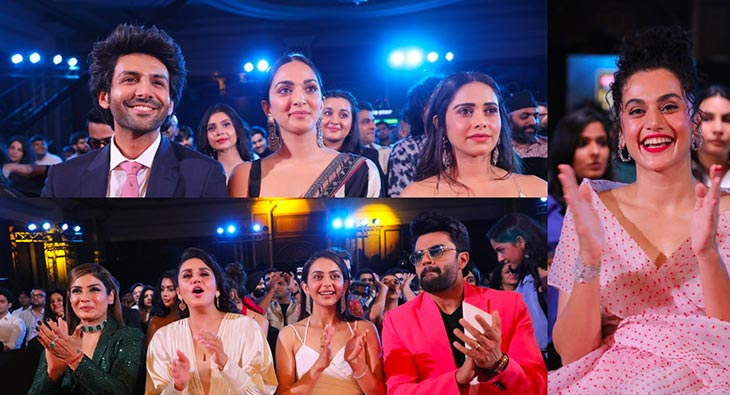