Series like ‘Black Sheep’, ‘Ctrl Alt Del’, 'Toofan Mail' & ‘Loose Connection’ have turned out to be major hits despite lack of support from producers and brands

Until a few years ago, cinemas, daily soaps and other entertainment shows ruled the Indian household. However, in more recent times, the web series format has become the new favourite, especially amongst the youth. The entry of Reliance Jio gave a big push to the advent of social and digital media and single-handedly changed the video consumption scenario in India.

Major OTT players like Netflix India and Amazon Prime have even started producing original web series with the Indian audience in mind. A good number of web series have been developed in regional languages too like Tamil, Telugu, Kannada and Malayalam. These have been quite successful in ruling the digital world of South India over the last few years.

Regional web series and the challenges they face
The web series trend in Telugu started in 2016 with ‘Muddappu Avakai’. Later, there were more series like ‘Pelli Gola’ and ‘Geetha Subramanyam’. Web series in Tamil like Livin’ and Put Chutney’s ‘Ctrl Alt Del’, ‘Black Sheep’ and ‘As I Am Suffering From Kadhal’ have managed to become household names.

While web series like ‘Sacred Games’ and ‘Mirzapur’ have been dealing with serious content, the majority of South Indian web series are still dealing with love stories, the complexity of today’s love lives, and modern relationships.

‘Vella Raja’, the first series from Amazon Prime Video in Tamil, and ‘Social’, a Hindi-Telugu bi-lingual digital series, are the new entrants in the web series scene.

The Malayalam and Kannada industries are still taking baby steps. ‘Loose Connection’, ‘By 2 Bengaluru’, ‘Hingandra Hyaanga’ are some of the series launched in Kannada.

A mini web series that has been gaining popularity in Malayalam is Karikku Media’s ‘Thera Para’. 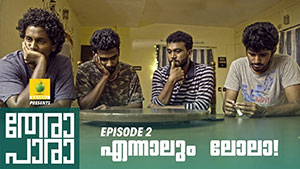 Talking to exchange4media, Nikhil Prasad, Founder of Karikku Media said, “We created a football campaign with four characters during the 2018 FIFA World cup. The campaign became a huge hit in social media. The success of that led to the mini web series ‘Thera Para’. Initially, viewers came through our official Facebook page, but our YouTube channel, Karikku, soon started getting  more hits and now we have over 7,41,000 subscribers and more than 5,00,000 followers on Facebook.”

Speaking on the challenges faced by regional players, Prasad said, “Attracting producers and brands to associate with the series is a major challenge. Consistency and content are the key words. In our case, when the content started attaining popularity, brands, both local and national, began approaching us for brand associations.” Brands like TVS, Honor Mobiles and MyG have been associated with the web series.

On celebrities helping in increasing viewership, Prasad said, “Content is the king in web series and Malayali audience is very choosy about the content, especially the humorous kind. I believe the presence of celebrities won’t make much difference if the content is not good.”

‘Toofan Mail’, a web series by actress Archana Kavi, explores the relationship between a widowed father and his two daughters. It is the first series to be made in a mix of Malayalam and English.

Speaking on the challenges face by regional content creators, Kavi said, “The major productions or OTT platforms are not very keen in producing content in Malayalam as much as they are interested in Tamil and Telugu. That is very unfortunate as Malayalam web series have high scope since today’s youth uses digital media on a larger scale.” 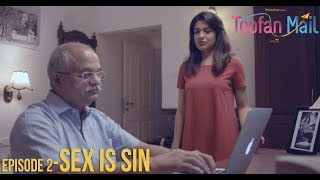 “Content is key. Big names will attract audiences to the series for sure, but if the content is weak then the initial hype will die soon,” said Kavi.
Meanwhile, Rajeev Balakrishnan, CEO, WarRoom Strategies, said, “I feel most episodes are quite topical but at the same time content creators should focus more on bringing production value.”

“Regional web series has a huge demand among today’s youth. The cinemas from regional languages, especially from Malayalam, have set a benchmark for content creators. If the quality of content is worked upon, steady flow of income is assured.

Radhakrishnan Ramachandran, Founder & CEO, Studio Mojo is trying to build a content eco-system where the company brings on board talented content creators as part of their network and pitch new concepts to OTT platforms.

“Most OTT platforms are primarily catering to an younger audience who are more than willing to consume new content concepts and formats. It is quite evident that when it comes to creating great programmes, script is the king. Our effort is to consistently discover new regional digital stars. Every single day, Studio Mojo's creative team works with upcoming talent, screening scores of new scripts, meeting aspiring script writers and directors to produce the next big thing in the regional space. Very often we produce the pilot episode before sharing with the platforms,” said Ramachandran.

“The OTT players are also focusing a lot on regional languages starting with Telugu and Tamil. The subscription model for regional languages will also work for them in markets like the US where there is a large NRI audience. Some of the OTT platforms like ZEE5 have already started focusing on other languages like Malayalam, Kannada and Marathi. However, the extent to which a paid subscription model will work across all languages remains to be seen,” he added.

“One of the biggest challenges for most OTT players is their revenue model and their positioning. It is not easy to compete with global leaders like Netflix and Amazon Prime who have huge content budgets. So, few of these players are shifting their focus to regional languages as part of their marketing strategy. There are also many new players and media networks who are planning to launch video platforms in specific regional languages. One has to wait and watch how successful they will be in the future,” Ramachandran concluded.

SC grants relief to Aparna Purohit, says govt rules on OTT have no power for prosecution
17 hours ago

Govt guidelines for digital platforms do not have any provision for action: Supreme Court
18 hours ago

Recap: The Week That Was
55 minutes ago

MPEG-4 slot auction: Will high cost and lack of clarity keep broadcasters away?
1 day ago

Levi’s plagiarism row: How not to overstep the inspiration mark
1 day ago

digital SC grants relief to Aparna Purohit, says govt rules on OTT have no power for prosecution
17 hours ago

digital Govt guidelines for digital platforms do not have any provision for action: Supreme Court
18 hours ago