Gaurav Rakshit, COO, Viacom18 Digital Venture, said that while the show's format will remain similar to that of TV, Bigg Boss OTT will bring in a new level of innovation

With the launch of one of the biggest reality shows on Indian television - Bigg Boss - on VOOT first, Viacom18 has definitely taken the digital game a notch higher. Last week the network made a decision to launch Bigg Boss on VOOT first and after exclusive streaming of the show on the platform for six weeks, season 15 will be launched on Colors TV.

While the network is still in the process of finalizing the contestants, creatives, and the theme of the show, Viacom18 Digital Ventures COO Gourav Rakshit hinted that the show will have a different content offering on OTT, from TV. Rakshit also shared, “While the format of the show will remain similar to that of TV, Bigg Boss OTT will bring in a whole new level of innovation through interactivity and gamification. With a refreshed content strategy, subscribers will have the power to change the fate of the contestants. High levels of engagement will empower viewers to immerse themselves in the journey of contestants in the Bigg Boss house. The digital exclusive format will also enable fans to be a part of the show’s progress by voting in for a particular set of tasks.”

Rakshit further added that the digital has been at the helm of the network’s business strategy. “At Viacom18 Digital Ventures, we have always delivered innovative content experiences through our digital-first strategy. With our content offerings, we have been at the forefront of creating a network that is screen agnostic and is ready to embrace the future of digital. At Voot, we have achieved milestones through our focus on driving constant engagement and reach through impact partnerships and versatile content offerings. The decision to launch Bigg Boss exclusively on VOOT first is yet another strategic direction that will further prove to be a game-changer and create a whole new experience for our viewers.”

“We are expecting at least a 3x increase in the consumption of Bigg Boss on VOOT platform,” said Rakshit.

Bigg Boss has been one of the expensive reality shows on TV which runs for over 100 episodes. In fact, the last two seasons went on for 140-145 episodes each, and hence the cost was higher.

Rakshit also shared that the estimated cost for Bigg Boss OTT is probably higher than the production cost on television. “As a show, Bigg Boss has a particular grammar and we are not launching a new show; therefore, the associated cost will have to be carried to this as well,” he added.

Last year despite COVID-19 challenges, Viacom18 roped in 15 sponsors before the launch of the show. Rakshit informed that the talks are already going on with the advertisers. The TV and digital are being sold together to some advertisers. “Some advertisers want to associate with the show for a longer period which definitely adds value and some want to try only for six weeks. However, we aren’t fussed about advertisers associating with us for a longer time or for six weeks. Depending on the campaign and the messaging that an advertiser wants to take out in the market, propositions will be picked.”

Though the network is still figuring out the mechanics of the show that is currently underway. Rakshit is confident that it will do well for the network. “It is not something that has been done before to take the number one TV entertainment property and put it on exclusively on digital. I think it is pioneering from a network point of view for Viacom18. However, we can see how it turns out in August. Bigg Boss already has a huge fandom, and we are confident that it will do exceptionally well on OTT too.”

He further added, “We have an enormously powerful content line-up coming up for our subscribers with VOOT originals. We have an original coming up in August and with the launch of The Big Picture, we have some high-scale network content coming up from September onwards. We are confident about our content portfolio going forward, and to that extent, it is incumbent on us to give people a reason to stay subscribed to VOOT which further propels us to deliver content that is share worthy.”

Brand Neeraj Chopra soars, but will it stay afloat?
20 hours ago 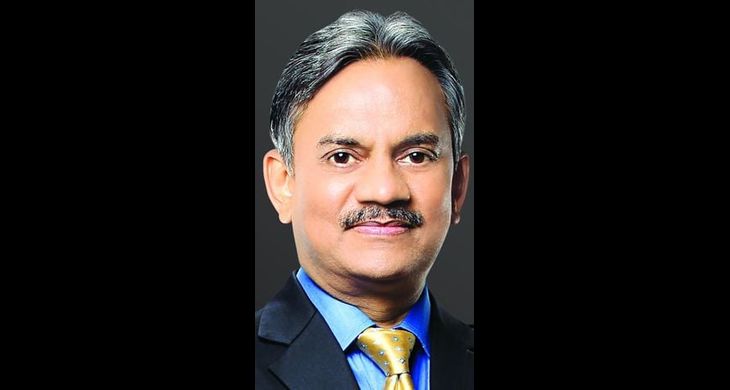