The UK government has decided to impose a 'digital services tax' on UK revenues generated by tech giants such as Facebook, Google and Amazon, according to media reports.

The 2 per cent levy was reportedly announced by Chancellor Philip Hammond in the autumn budget on Monday and will come into force in April 2020 following a period of consultation. It will reportedly only apply against revenue from search engines, social media platforms and online marketplaces.

Hammond is said to have stated that the tax wouldn't apply to small UK start-ups but instead be targeted at profitable digital services companies that generate at least £500m a year in global revenue.

The decision comes in the wake of a debate that US technology companies pay very small amounts of tax in the UK despite making billions of pounds in sales. Currently, companies pay tax only on UK profits and it has been accused that tech companies show lower profits to pay lesser tax.

Media reports quoted Hammond as saying that he expected the “narrowly targeted tax” to raise more than £400m a year for the exchequer.

“The UK has been leading attempts to deliver international corporate tax reform for the digital age,” Hammond was quoted as saying.

“A new global agreement is the best long-term solution. But progress is painfully slow. We cannot simply talk forever. So we will now introduce a UK digital services tax. It is only right that these global giants, with profitable businesses in the UK, pay their fair share towards supporting our public services,” he stated further.

Can automated media buying models become the norm for DOOH in India?
21 hours ago

HT Media back in black in Q3 due to festive season, cost cutting
21 hours ago 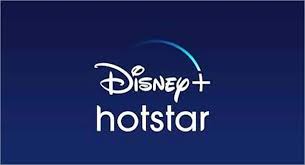