TPZ Records, a music label vertical by Talentpromoterz, has partnered with Chingari to promote its original songs on the short-video sharing platform. It will allow Chingari users to create exclusive musical engagements. TPZ Records will reach a larger audience through the popular short videos format.

Chingari is aggressive in exploring the growing short-video sharing market, esp. in smaller cities & towns. This tie-up will allow their users to legally access the Indian music catalogue for creating exciting short videos. TPZ Records is confident that this alliance will help them in reaching out to the masses in an engaging fashion.

“TPZ Records has now collaborated with Chingari. It would be a great collaboration for promoting our songs through the short videos format. Also, we love to entertain & motivate the audience through our music. And the set-up of the short videos would be the best way and also to reach out to a much larger audience,” reveals Pinkeesh Devedaa, Owner & Head of Digital Marketing, TPZ Records.

“The Indian short-video market has seen a steep new users spike in the last few months. Chingari has managed to get its fair share of users too. Our objective is to ensure new users keep rising in numbers, along with maintaining our user base. This partnership with TPZ Records will be the deal-breaker for both of us in reaching out to the masses and keep them engaged,” reveals Mr Sumit Ghosh, Co-founder & CEO, Chingari App.

Deepak Salvi, Co-founder & COO, Chingari App, adds, “Chingari is keen on exploring the engagement factor legally and entertainingly. Amidst increasing competition, such tie-ups will be engaging and offer options that are safe for us & our users. TPZ Records, in the last few years, has created song music videos in various Indian languages with mass appeal. And Chingari is a short-videos sharing platform meant for the masses. We had to come together.”

Chingari is one of India’s leading short-videos sharing platforms that offers users the option of downloading & uploading videos, chatting with friends, interacting with new people, sharing content, browsing through the feed. It has gained popularity since its launch and has dedicated users even beyond India.

The collaboration between Chingari and TPZ Records will guarantee their respective markets will be thoroughly engaged and entertained. 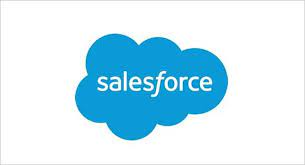