The striking film has an extremely emotional plot and brilliant characters. The product offering is perfectly embedded in the new ad

Their wounds have not healed, their sorrows still prevail and with moist eyes they always remember those good old days when there was love, prosperity and brotherhood between the two nations. It’s the tragic tale of India – Pakistan partition that has left a deep imprint across many generations on both sides of the border. So how about reuniting two friends separated by circumstances?

Google, one of the most loved brands in the online space, has launched an emotional campaign that consists of a three-minute lead film and four short films focussed on Google’s search functionality. For a brand with which people connect every day, there was a need for a thought that could cut through the familiarity that the brand enjoys and remind people of the role it plays in their daily lives – of not just searching but finding whatever they look for.

Conceptualised by Ogilvy & Mather, the campaign will open a window of conversation for people to discover the many more magical uses of Google.

The film opens with an old man narrating his childhood memories to his granddaughter. He mentions his childhood friend who was separated from him during partition. The granddaughter in India decides to surprise her grandfather on his birthday by reuniting him with his friend (who is now in Pakistan) after over six decades of separation, with help from Google.

Abhijit Avasthi, National Creative Director, Ogilvy India said, “We wanted to bring Google Search closer to the people. Google is a technology product but it is an emotional brand, so we wanted to do something in its tone. We wanted people to realise how magical Google Search can be, even if you are looking for practical information.”

Has the partition story touched many hearts?

Prathap Suthan, Managing Partner and Chief Creative Officer, Bang in the Middle said, “Of course it connects very well with the audience. It isn’t a commercial meant for or directed at net-savvy people. It’s meant for people who still don’t know what Google is, and what people can do with its search capability. It’s pretty basic actually. As much as it is down to earth, it is also relevant to contemporary daily use and efficiency. If you look at the film, it’s a beautifully crafted product film; one that uses a large and often controversial context to showcase the features of Google. The story of finding a friend just humanises the whole product angle. It uses two extreme audiences to pull that off. More than that, the well-accepted use of Google among the younger generation, and in their willingness to use Google to help out others, especially older people, comes through strongly in the film.”

He added, “Importantly, in this film, the youngsters aren't seeing the whole angst of partition at all. They are just merely helping their grandfathers to find each other again, or helping two friends meets. Nothing more.”

“One more critical thing that also comes through clearly is the difference between Google and Facebook. Using FB to find friends is a narrow, linear line and method. Google, on the other hand, goes lateral. It allows us to use the whole context of the world and information to home in on someone. I bet the granddaughter wouldn’t have been able to find her granddad's friend on FB. Not if she started her search and deduction by looking for the Ancient Gate,” added Suthan.

It’s a magical reunion of two friends separated by boundaries. Many families and friends parted ways overnight and this film is a reflection of the many stories of reunion – where human passion and hope overcame time and borders.

The film has moved hearts through its wonderful execution. It truly reflects the pain of two friends separated by destiny. However, the reunion is overwhelming and the background score adds to the emotional connect. The film is emotional, entertaining and will be watched by viewers again and again.

The product is perfectly embedded in the ad and the whole idea of showcasing the supreme features of the search engine has been brought alive. The brand has managed to strike up a conversation to showcase the different uses of Google through the lead film and the other short films.

It is a striking film by the brand with an extremely emotional plot, brilliant characters and perfect product placement, highlighting the features loud and clear. 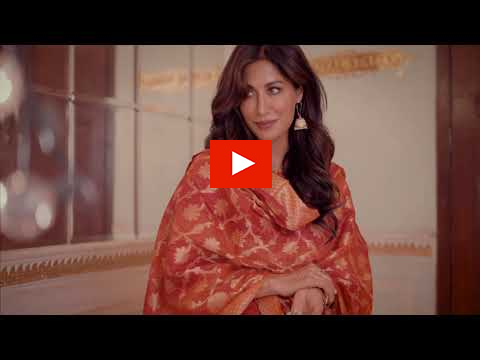