Does Cadbury Fuse ad stand out in the 'hunger' category?

Two ad films for Cadbury Fuse for the IPL season have created quite a buzz. Produced by Chrome Pictures, the ad film ‘The Reality Check’ features cricket sensations like Yuvraj Singh and Rishabh Pant.

Vijay Veermal, Director, Chrome Pictures, has managed to utilise both Yuvraj and Rishabh for the TVCs whilst projecting a fun side to both the cricketers. The ad film has been conceptualised by Ogilvy.

With several ad campaigns being produced this IPL season, did this one bring something new to the table? We, at exchange4media, spoke to adverting industry experts and asked them if the Cadbury Fuse ad films were effective enough and instilled brand recall in consumers.

Raghu Bhat, Founder & Copywriter, Scarecrow M&C Saatchi analysed the brand message. “Don't become a victim of hunger. Hunger can make you do things that are not 'you'. There is some similarity with the Snickers proposition. The difference is that, here, seeing Fuse is the trigger to go crazy. It's a relatable insight as sometimes, in impulse food categories, seeing or smelling something can trigger hunger. Also, the execution is fresh. The casting mix is unusual and the plot has a good twist that will help recall.”

According to Jagdeep Kapoor, CMD, Samsika Marketing Consultants, the ad was effective in conveying the message of craving during hunger and the product Fuse satiating that hunger. “The pangs of hunger and the desperate desire by the celebrities, clearly invoke a desire amongst consumers, to try the product. A touch of humour helps memorability. Overall, good conception and execution. The ad brings out the core values of the brand.”

Pramod Sharma, Creative Director, Rediffusion said the ad had good use of the celebrities and a nice script to top it over. “About the use of Shayan Roy, I think the two cricketers were the influencers for this campaign. Shayan’s character could have been played by anyone. The heroes of the film are the two cricketers, not Shayan,” Sharma said.

Sharing more insights, Chandramouli said, “In the world of advertising, the word ‘inspired’ essentially means blatantly copied. With that background, the Fuse product and ad is totally 'inspired' by Mars-owned Snickers, the leader in this chocolate bar segment.”

“The peanut base, the hunger positioning are all the same, with only the name and packaging different. It attempts to glean customers from Snickers, but in the process it has only increased the awareness of the 'hunger' category, thereby benefitting Snickers equally,” Chandramouli added. There have been a lot of IPL ads and standing out in this pool of cricket curated content is difficult, he said. “With undifferentiated ads, consumers will face a problem of brand recall.” 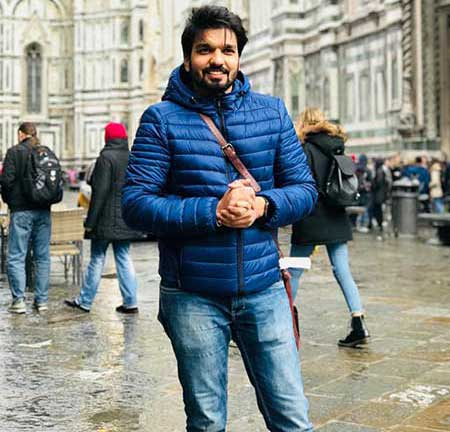 Ankit Nalotia, Founder, Mo Mantra says he still remembers the Cadbury ad of the 90s, the ad which broadened their TG from kids-only consumption to adult-consumption. “What a remarkable ad it was, the song melted our hearts with the girl dancing in the middle of the cricket pitch giving all of us the ‘Asli Swad Zindagi Ka’. We could sense the consistency of emotional connect delivered through all their ads.”

Speaking about the recent Cadbury Fuse ad, Nalotia says: “The concept is more on highlighting the cast adding up the hunger element to it. Experimenting with the new age of social media can take some time for people to get used to it but to some extent it will get absorbed by the youth quickly. Also, the cricketers have performed exceptionally, making a top of the mind recall for the customer.”

Greeting people with salaam-namaste is stylish, say Salman Khan and Pepsi
15 hours ago

Greeting people with salaam-namaste is stylish, say Salman Khan and Pepsi
15 hours ago

We got 100X value back with our investments in Ramayan & Mahabharat: R S Sodhi, Amul
17 hours ago

e-Content Jam: 'Give relevant and good content to audience, they will surely engage'
16 hours ago

e-Content Jam: ‘Ethical marketing to be key in post-COVID times’
16 hours ago

e-Content Jam: Why influencers have become crucial for brands in lockdown
17 hours ago