American OTT platform, Netflix’s recent original series Sacred Games produced by Phantom Films has set new records by spending a huge amount on Out-of-Home for their ongoing season of Sacred Games 2. A huge 50-feet poster of Sacred Games is grabbing eyeballs in the capital and other metropolitan cities. Gone are the days, when such kind of investments was done for big-budget films, now the OTT platform has gone all out to do the promotions. Experts also suggest that the American OTT platform is also spending generously on the medium.

“Netflix's spends in FY’19 doubled as compared to FY’18 on Times OOH properties, and they continue to spend in FY'20. This is a clear indicator of how compelling they find the OOH medium. It is definitely worth it, as the contextual advertising creates a deeper engagement with their audience,” said Rohit Chopra, Chief Operation Officer, Times OOH.

If you thought OTT platforms were all about digital presence, Netflix will prove you wrong. For advertising, Netflix has been taking the traditional billboard route as well as transit media route. Billboards may seem pretty quaint in the age of social media, but Netflix and Phantom Films have already demonstrated that they know how to use them for maximum effect.

Anjum Tanwar, President, Brandscope told us that to unveil the most anticipated 2nd season of Sacred Games, the platform chose to be grander this time around. “The mediums of OOH platform were treated differently to create the WOW factor. This has not only captured maximum attention but has also created a successful transition in the viewer’s mind, from being a mere programme to being an experience.”

VV Rajan, Co-founder & CMO, UrbanIQ said, “The fact that digital companies like NetFlix and Phantom films are investing so much in Out-of-Home media further cements the fact that the recency theory works in OOH. The campaign or rather the show that they are promoting are big-ticket properties on their OTT and these are drawing so many audiences to their platform, it is only imperative that outdoor is part of a major share of their spends. Also, OOH is the only medium delivering the right mix of impact, immediacy, and opportunity for their mobile target audiences.”

He added, “OOH medium is consistently being tried and tested by many brands within this category and this means that it is working. What would be interesting though is how the overall OOH is being used by these brands. These brands are clearly targeting the mobile and upward audiences coupled with mobile-only subscription models. With so many regulations by the local bodies across India, digital OOH is gaining  prominence on the back of data and measurability, how the mix of regular OOH and DOOH will be part of their overall media strategy remains to be seen!”

'When client-agency relationships are strong, businesses grow'
19 hours ago

How marketing is key in consumer decision-making, simplifying choices & building trust
19 hours ago 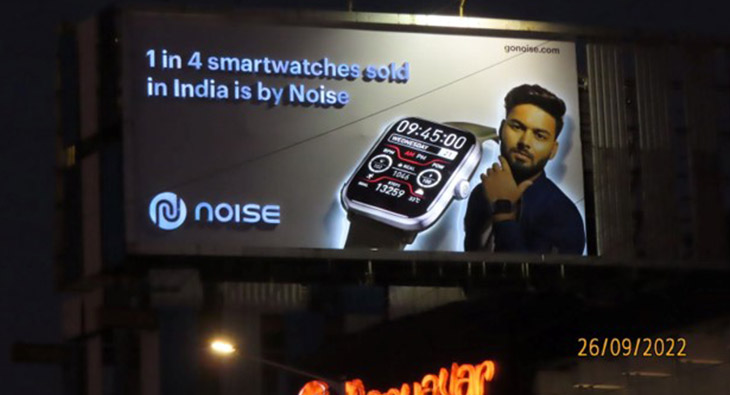