Will TRAI’s recommendations for BARC set the stage for more disruption?

The recommendations, TRAI said, was to address the issues or concerns expressed by stakeholders about BARC’s rating service, owing to its lack of transparency in sharing the methodology and representation of the panel home amongst various platform types. TRAI has further said that the Indian Broadcasting Foundation (IBF) holding a majority in BARC compromises the objectivity and neutrality of the audience measurement body.

A BARC India spokesperson said the body was in the process of reviewing the recommendations. “TRAI’s recommendations have just been received. BARC India is reviewing the same in consultation with its board and stakeholders. All stakeholders from the industry, the government and related bodies are aware of the scientific, statistical and technical robustness of the data collated and released by BARC.”

The spokesperson further stated, “BARC truly represents all facets of the industry comprising Advertisers, Agencies and Broadcasters regardless of size, as the ‘Currency of What India Watches’. We do not wish to comment at this very early stage.”

According to TRAI’s recommendations, the stakeholders feel a lack of transparency with respect to the original collected data, and the difference between the original and the final figures released to the market. Objections have been raised with respect to the low sample to universe ratio in many markets which is said to have led to erratic viewership behaviour, causing misinterpretation of the same.

One of the other objections, according to TRAI, is that even after investing heavily on technology, BARC’s data is still delayed by a week and is not presented on a daily basis.

Sharing observations on this development was a senior media executive who questioned how TRAI had a say in the TV viewership data collection. “Firstly, the rating system shouldn’t come under TRAI’s preview. The regulatory authority will have a say when a conflict is directly connected to the consumers. BARC, as an entity, has been formed by broadcasters, agencies and clients. Its data is used to evaluate a channel’s performance and that determines the money spent by clients. The whole rating system shouldn't come under TRAI as it does not impact consumers directly.”

Commenting on this recommendation was another senior media executive who believes that although some of the recommendations were valid, BARC has been already working on those points. Increasing the sample size needs a huge investment and that needs to be done equally by all the three parties. “BARC is planning to ramp up in the next one-two years in terms of increasing the panel size or bringing in new technologies.”

One of the other recommendations by BARC was regarding restructuring of the board. Industry experts say that at the time of BARC’s formation it was decided that clients and agencies will have equal shareholding in the body as neither wanted to invest more money. At the time of forming this body it was said that since this currency was going to help broadcasters make money so they should be contributing majority of the funds and thus their stakes have been higher. “As long as the three bodies do not raise any concerns, I don’t understand why TRAI has proposed this,” the expert said.

Some of the other recommendations have been about BARC separating its functions in two units - one responsible for prescribing methodology of ratings/validation of data, publishing the data and audit mechanism and the other for processing the data, watermarking or any other such technical work, including management of data collection agencies. The recommendations also said that once multiple agencies come forward for the rating process, BARC should limit its role to publishing the figures, the framing methodology and audit mechanism for the rating agencies, so that more than one agency could develop multiple rating systems, leveraging new technologies.

On the condition of anonymity, another industry expert questioned the “urgency” in issuing the recommendations. “In 2018, TRAI issued a consultation paper on the same seeking comments of stakeholders on the issues related to review of the existing system. What was the urgency for TRAI in choosing a time when BARC is set to complete five years. BARC was a project which took a long time to come into execution. The process of creating a joint industry body started in 2006 and ended in 2015, a decade has been invested.”

BARC India has been promoted by the Indian Broadcasting Foundation (IBF), the Indian Society of Advertisers (ISA) and the Advertising Agencies Association of India (AAAI), based on the 60:20:20 formula (IBF 60%, ISA 20%, AAAI 20%).

Most industry experts are now concerned if the TRAI recommendations will give another spin to the whole ecosystem and lead to a fresh round of disruptions for the sector.

TO THE NEW names Irfan Khan as Business Head, Digital Marketing
2 hours ago

Will 2021 be the year of cinema entertainment?
8 hours ago

D-day: Gear up for 20th edition of power-packed e4m Conclave today
8 hours ago

Publishers seek waiver of customs duty on newsprint
8 hours ago

Rajneel Kumar quits Zee5 after a 2.5-year stint
8 hours ago 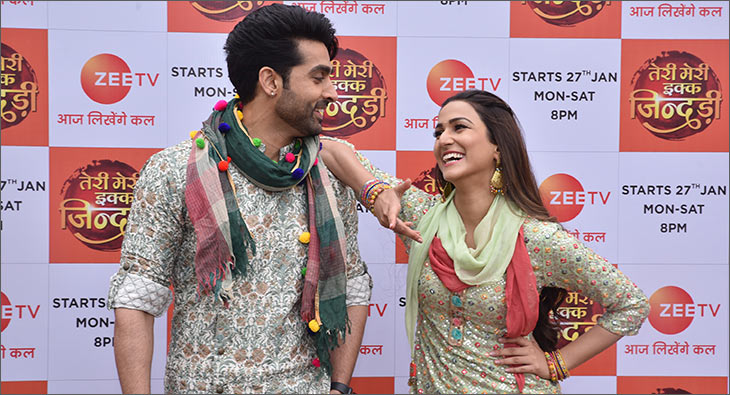